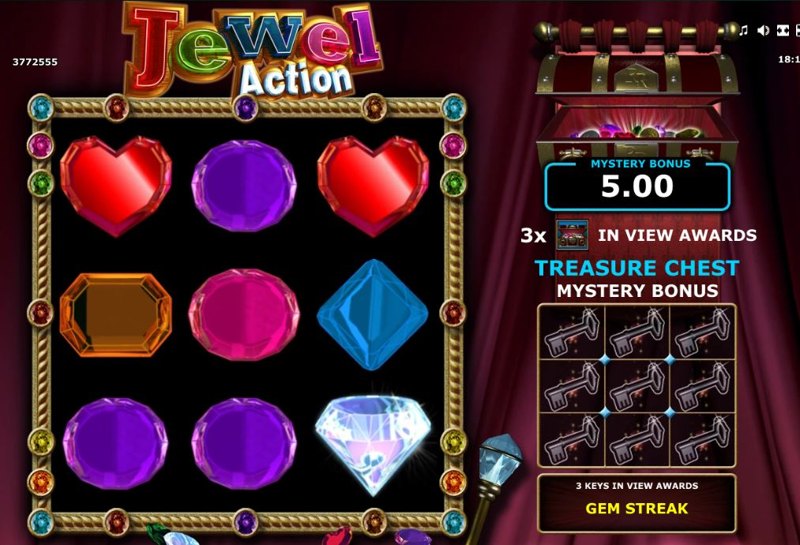 Every so often in the online slots industry, something comes along that really starts to turn heads. Recently, Jewel Action has been that game. Unlike your more traditional slot, Jewel Action doesn’t rely on paylines or multiple reels, instead, you get some beautifully designed jewels that will fall from the sky and allow you to win money without having to match up random symbols on a bazillion different paylines.

Instead, you get a 3×3 cube where the jewels will eventually land and settle. You do get a feature round but to be honest, each round is pretty much the equivalent to a bonus round from a more ‘standard’ looking slot. Let us explain below.

The special features section is a little different than most, as we’ve mentioned. The aim of the game is to get the same symbol to land in all 9 spaces on the grid. If you do this, then you are in the money, but there is a game that is outside of having to get 9 of the same icon and that will also allow you to win big.

Just before we state what that is, we want to point out that the game does include a joker (wild) and this joker will sub in for other jewels to make a winning streak. This may be for the main cash prize or it may be to make the feature round, which we talk about below. 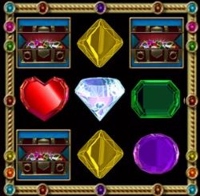 The jewel action bonus is accessible by hitting 3 of the treasure chest symbols in a row, and once this has happened the feature game will begin. After the game has started a number of jewels will start to drop into place and allow you to make various winning combinations. The higher the number of jewels on each grid at one time, the more you will win.

For example, if you get 3 or more of the treasure symbol then you are going to win their highest multiplier value of up to 500 times your stake. The King chance game means that hitting 9 of these bad boys will get you the games jackpot. It is worth noting that the jackpot amount will depend on the amount that you are placing per spin. 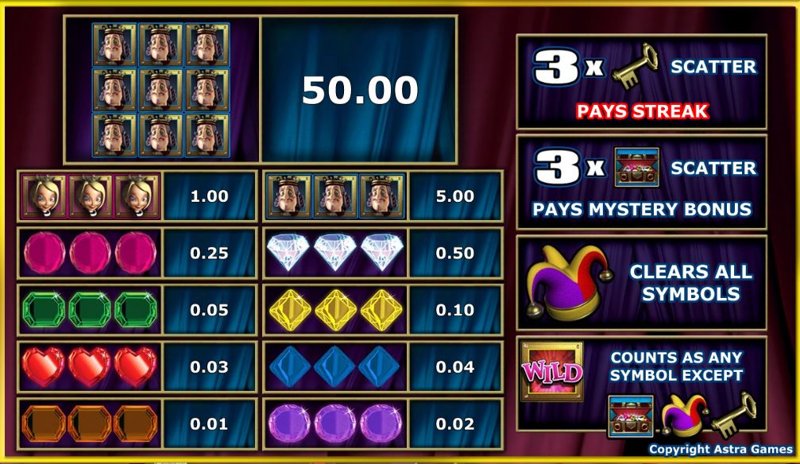 Jewel action is certainly something a little different from your traditional slot, and it’s this type of variety that keeps the slots industry feeling fresh. It could be argued that the game is nothing like a traditional slot and to a certain extent this is correct, but it still has it’s place in our opinion and if you haven’t already tried it out, then what are you waiting for?