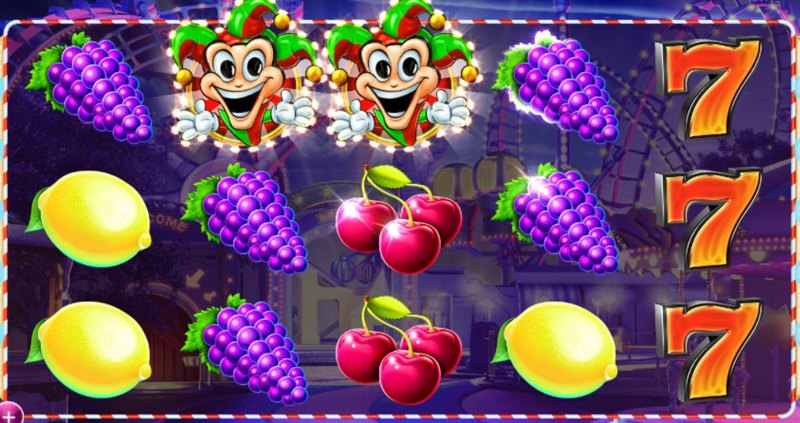 It’s always a treat to see a classic slot game dressed up and polished to make it look like something shiny and new. Jokerizer is one of these gems and it’s brought to you by software manufacturer Yggdrasil. Yggdrasil happen to be well known for creating visual masterpieces, and this offering is one that does that notion justice. If you look past all the glistening symbols on the semi-transparent reels, you will notice an amusement park in the backdrop. It’s night time, so all of the rides are frozen motionless as the full moon bathes in a ghostly shimmer. There’s a Ferris wheel, some roller coasters and a merry go round, among other attractions – but the main attractions are the insanely high quality symbols on the reels. It’s all the familiar fruit and classic slot machine icons here, but wait until you see them in 3D, literally popping out of the screen and sparkling. You have the typical grapes, lemons and cherries on the one hand, and on the other you have a golden bell, the red lucky 7 and a star. There is also a Joker symbol, which stands out from the rest, but we will get to that in just a bit.

Now as for the layout, it’s more of a modern arrangement than you might be expecting from a game in this genre. You will be looking at a grid of 5 reels and 3 rows, plus a total of 5 active paylines that all pay both ways. So in other words, there are a total of 10 paylines for you to place your wagers on, and these are fixed, so the minimum bet in this title will set you back some £1 per single spin. The maximum bet, on the other hand, is a total of £20 per spin.

Besides the layout, most of everything else in this title is exactly how a retro slot game purist would like it. There are no real special features, not even be a Gamble Feature to spice up the routine a little bit.

What there is, however, is the Jokerizer Mode, which you can trigger after any winning spin. It will be up to you, whether to play or not, so if you don’t want to you can simply collect your win. But if you do decide to play, then you will be using your prize to bet 20 Jokerizer coins per spin. You can spin the reels as many times as you like, so long as you still have coins in your Jokerizer balance (above the reels).

The benefit of this bonus round is that you will get to still win a Mystery Prize, even if you only land 2 Jokers. However, in this case the prize will range between 20 and 6,000 coins. 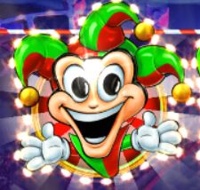 There is one symbol of special significance and that is the Joker that we already mentioned. The Joker acts as a Scatter and it can only appear on the middle reels 2, 3 and 4. It can also be the most lucrative symbol in the game, since landing all three Jokers in any alignment on the reels will award you a Mystery Prize that ranges between 1,000 and 6,000 coins. But if you can get the symbols to line up adjacently, either horizontally or diagonally, then the prize of 6,000 coins is a guarantee.

Like quite a few other Yggdrasil titles, Jokerizer keeps things very simple and tends to have you focus more on gameplay itself than any special features. Nevertheless, you still have the potential to win handsomely in this very attractive offering.