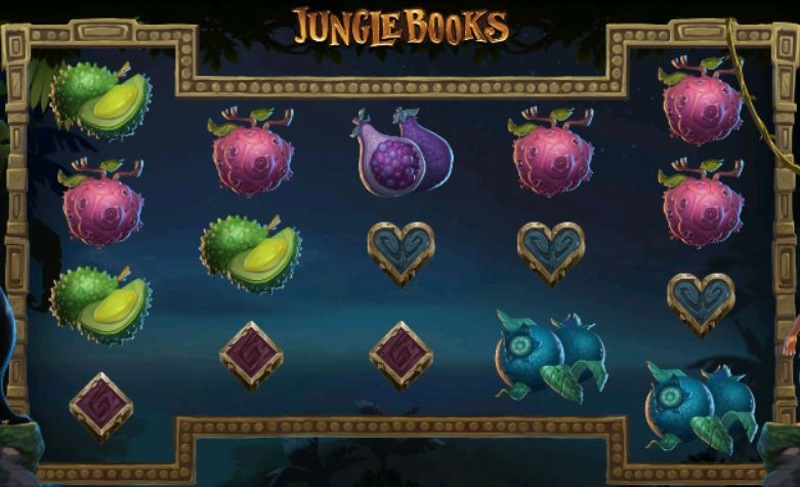 Jungle Books is based on the famous and almost identically titled book by Rudyard Kipling. It’s brought to you by software provider Yggdrasil, who are particularly skilled in presenting exquisitely looking slot games, so Jungle Books boasts exceptionally high quality graphics and a really great design. Obviously, the game takes place in the middle of the jungle, where there are also some ancient man-made structures. But in addition to the very nice 3D visuals, the lively soundtrack completes the whole experience and adds a fun vibe to the game. Oh, and notice the characters on the side of the reels who will be there to partake in gameplay, as well. The first one to greet you will be Mowgli.

An unusual thing about Jungle Books is the layout. It features 5 reels, whereas the number of rows on the reels can vary. At different times, certain reels will have 3 rows and others will have 4. This also makes for an unusual number of paylines – 58. During gameplay there will be the possibility to expand that number to 68, depending on the realm you’re in. For the moment, the important thing to know is that the betting range is a very liberal one. The minimum bet will only set you back some 10p per single spin and the maximum amount you will be able to wager here per spin is £250.

There are two main features around which gameplay revolves in Jungle Books. One of them has to do with the different realms, which we will explain below, and the other is the Synced Reels Feature. This one is active throughout your game, regardless of the realm you’re currently in. For example, in the Bear, Tiger and Mowgli realms, reels 1 and 2, as well as 4 and 5 are synced. In the Snakes realm, those will be the middle three reels, and it will be reels 1 and 5 for the Panther’s realm. 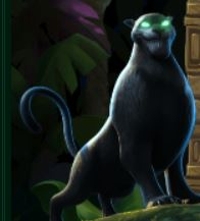 Now that we’ve named the different realms, it’s time to elaborate on them. Each one comes with a set of extras for you to benefit from:

Additionally, guest characters can appear in the realms and then they can enforce some of their own features. 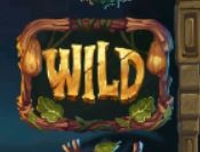 Wilds in this game will act in the traditional fashion, stepping in to replace any regular symbols in order to complete winning lines for you and boost your winnings. 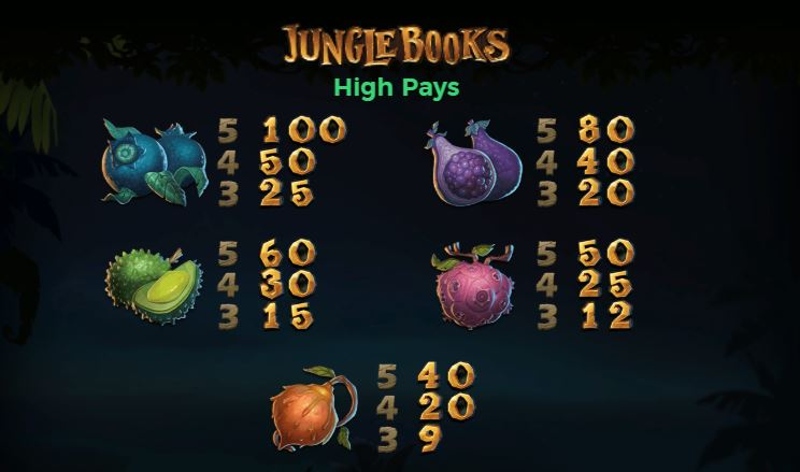 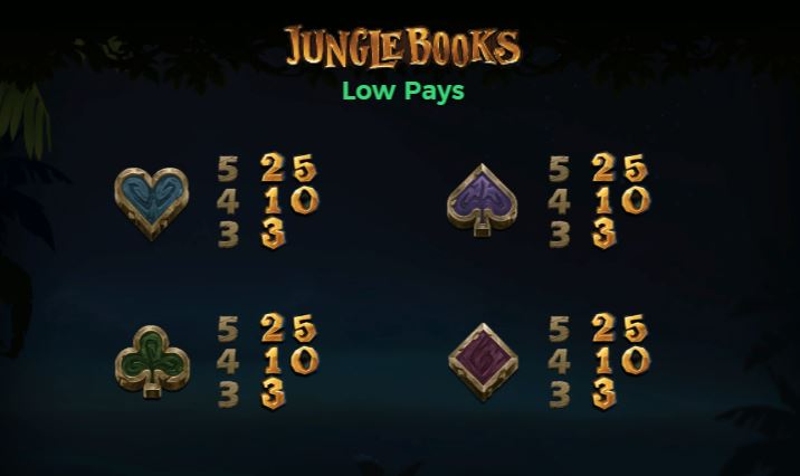 It may seem like a lot to take in, but gameplay in Jungle Books isn’t at all complicated. In fact, once you start playing, you’ll realize it’s really quite straightforward, and in addition to the high quality visuals, you get to enjoy decent sized wins at relatively even intervals.