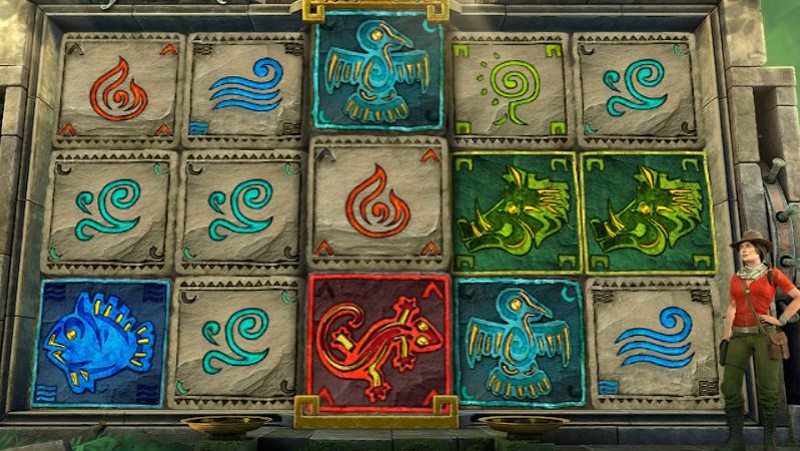 Legend of the Jaguar is an adventure-themed online slot game brought to you by software developer Playtech. It boasts amazing quality 3D, high-definition graphics and equally high quality animated features that will be sure to keep you entertained. This particular title takes you to Mesoamerica – home of the Mayans and the Aztecs. Before you will be an ancient structure, built of massive stone blocks and containing a fool-proof mechanism to set those blocks in motion. Typically for games of this type, there’s a Westerner dressed like Indiana Jones supervising the proceedings, and in this case, the Westerner is female and she will be standing right by the giant reels as you spin them. Keep your sound on for the fantastic sound effects, too.

As much as we’d like to talk about the jaw-dropping design and visuals, we still have to cover the basics, and that includes the layout, which in Legend of the Jaguar features a regular grid of 5 reels by 3 rows. What’s not so regular, though, is that there are a whopping 243 ways to win, and obviously players will not have the chance to regulate these at all. Then again, with that in mind the betting range is a very agreeable one. In fact, the minimum bet starts off at only 25p per single spin, and the maximum bet will set you back a whole of £500 per spin.

Legend of the Jaguar features Cascading Reels, which is always a great feature. This means that whenever you land a winning combination its symbols will disappear, making room for new symbols to fall into their place. This is also essential for that multiplier meter by the side of the reels. Each consecutive win will cause it to gradually fill up, so your second win will have a 2x multiplier, whereas the third and fourth one will benefit from a 3x and 5x multipliers, respectively. 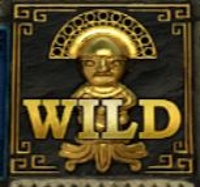 The Wild symbol is present on all five reels and it can substitute for all other symbols. The only exceptions are the two Scatter icons. Thus, the Wild can help form winning sequences and boost your winnings. However, the Wild doesn’t offer any payouts of its own. 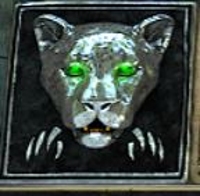 Look out for the Jaguar symbol on these reels. Just like the Wild, it can appear anywhere on the screen. But unlike the wild, the Jaguar symbol happens to be the most lucrative symbol on these reels. As such, it can help you pocket up to 2,500 coins. But on top of that, landing it on the middle reel 3 will also trigger the Jaguar Respins Feature. The only requirement is that there are no wins formed during that spin.

Now, once you have triggered the feature, the Jaguar will turn the whole middle reel into a massive locked Wild, and then all of the remaining reels will respin until you land a win or trigger the Freespins Feature. 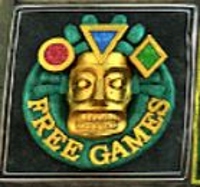 The Bonus symbol can only land on reels 1, 3 and 5, and you will have to land it on all three of those reels simultaneously during a spin to activate the Freespins Feature. You will then have to select one of the three different types of freespins rounds. Note that they all have the same RTP, but they have different volatility.

After this, you will have to take a mallet to a casting mold in order to destroy it. The more hits it takes for this to happen, the more freespins you will receive. Now, as for the different freespins types: 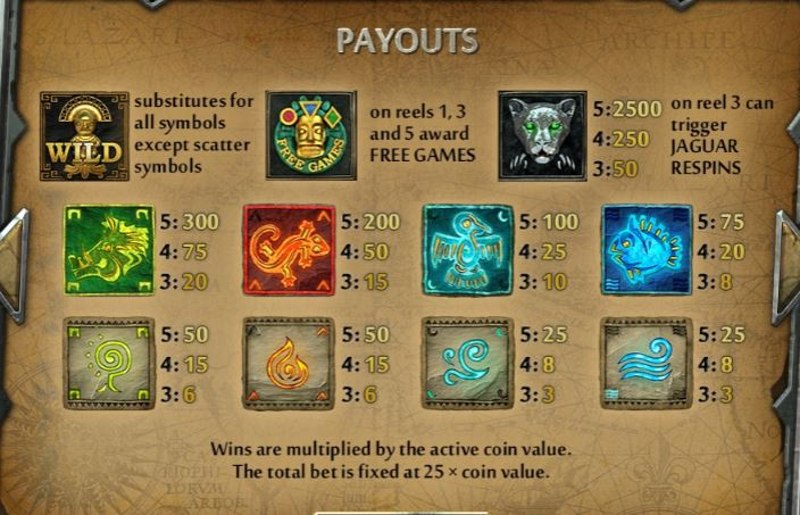 Legend of the Jaguar is a superb offering from Playtech, with great visuals and even better features.