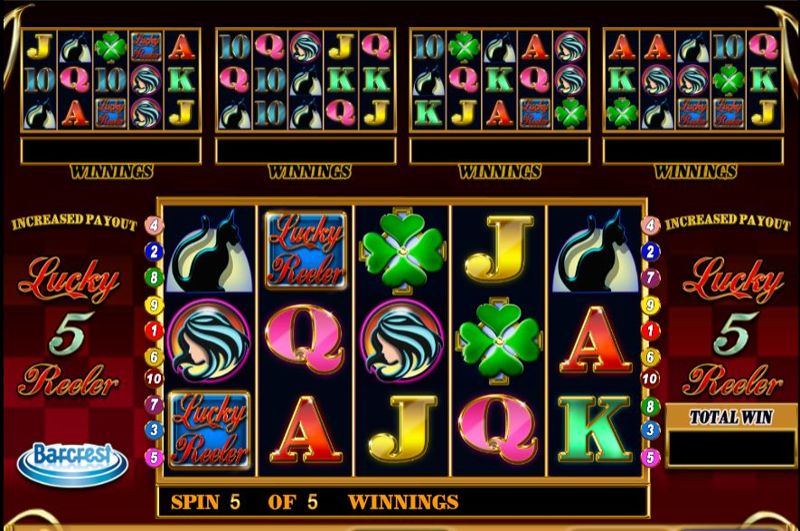 If speed is your thing then look no further with this interesting slot, Lucky 5 Reeler. Unlike most slots, Lucky 5 Reeler has a unique twist in that it includes, you guessed it, 5 reels. Whereas most slots contain just one set of reels, this one is giving you the chance to take the best from 5. It works by all the reels spinning together and the paylines being the same on each. Once the reels stop you then get paid for the highest earning payline from the 5. Pretty cool, right?

As you now know, the game includes 5 reels, but for each reel you get a 10 payline offering. Whilst this combination is far from our favourite, you do get it working from 5 reels, so not all is lost.

In terms of features the slot is lacking, and quite considerably too. Where most games have at least a wild symbol and some sort of bonus feature, unfortunately there is neither of these in this game. 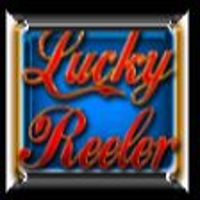 The standout feature is the Lucky Reeler symbol, and if you manage to get these based across all five reels then it will pay out at 50x your stake. 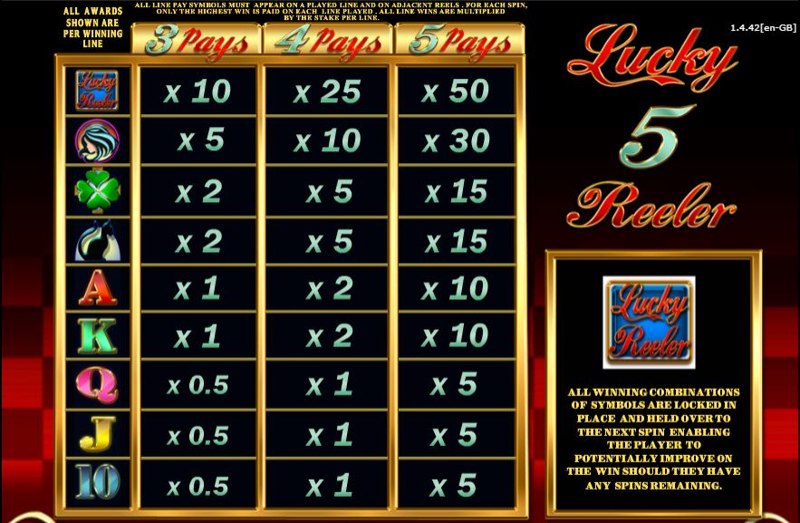 The slot started off with so much promise. The fact that it has 5 reels to play from is something you don’t see every day for a start. Each game allows you to take the biggest winnings from said game before moving on.

Unfortunately, that’s pretty much where it ends for Lucky 5 Reeler and there are defiantly more negatives than positives. The first is the dated graphics on show. We are spoilt these days in terms of graphics, with so many cool looking titles kicking about. This isn’t one of them, and the dated, pixelated graphics are pretty poor to say the least.

The inclusion of 5 reels doesn’t take away from the fact that it includes no special features such as bonus rounds, free spins or even basic wilds. The game definitely lacks any real depth and it’s one that we find really hard to push to our customers, especially when there are so many better titles to choose from that will offer so much more than Lucky 5 Reeler.