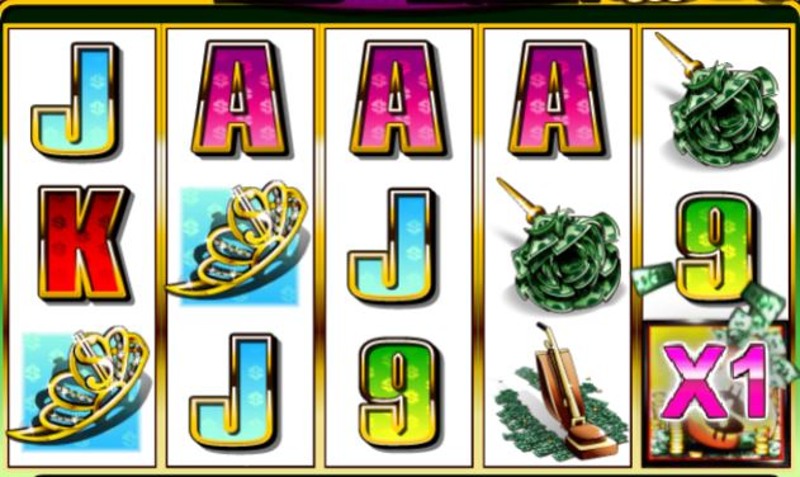 Maid O’ Money is obviously a play on words, and once you have a good look at the symbols in it, you will realise what fun the developers had with it. For example, there’s a vacuum cleaner that’s sucking up littered dollar bills; then there’s another symbol of  a feather duster, only instead of feathers there is actually more cash; and of course there is also a separate symbol with the maid herself holding said duster. It’s not exactly your typical luxury themed slot, but it is luxury-themed nonetheless. The graphics are decent and feature some animated sequences, but they are by no means awe-inspiring. In addition, there’s a fairly decent soundtrack playing as the reels spin.

Moving onto the layout, it features a 5 reel by 3 row grid and a total of 25 active paylines. However, the paylines are not fixed and therefore you will have plenty of flexibility when it comes to adjusting the game settings. With that in mind, the minimum bet in this online slot game is only 1p per spin, and the maximum bet will set you back a total of £62.50 per single spin. As for the jackpot, it’s set at an agreeable 1,000 coins.

Maid O’ Money actually happens to boast a handful of different exciting features. For example, there is the Money Maid Bonus feature, which can randomly take place after any given spin. As a result of it, the Money Maid will come onto the screen and award you one of the three available bonus features.

The first possibility is the Roaming Wild feature, which will simply add extra Wilds to the reels. Then you have the Money Wheel, where you get to spin a wheel of fortune, and here you can land cash prizes or potentially progress to further wheels for even bigger rewards. Then finally we have the Cash Ladder feature, which speaks for itself. The Money Maid will drop a coin to advance you up the ladder and the feature ends when the coin is lost. 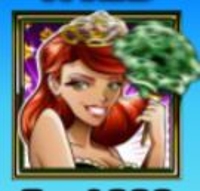 The Money Maid is the game’s Wild and also its most lucrative symbol. As such, it will have the capability to replace any of the regular symbols on the reels, and thus it can boost your winnings by completing winning combos. The Wild can also land in just about any position, anywhere across the five reels, but there are two symbols in the game for which it will not be able to substitute: the Scatter and Bonus symbols. 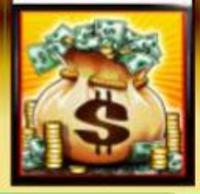 Keep your eyes open for the Cash Bag Bonus symbol. Every time it lands it will add a certain amount to the cash pot (up to 3x your stake). Then, during the Freespins feature you will have the opportunity to win the total amount in the cash pot. 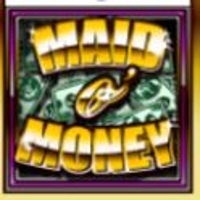 Three or more Scatter symbols landing anywhere on the screen during the same spin will trigger the Freespins feature. Alternatively, you can also trigger them by landing 2 Scatters and 1 Bonus symbol anywhere on the reels. As a result, you will receive a total of 10 free spins. Furthermore, the free spins come with a 2x multiplier which will apply to all winnings, and here will be your chance to win that cash pot we mentioned earlier. That you can do by landing any Bonus symbol during the bonus round. 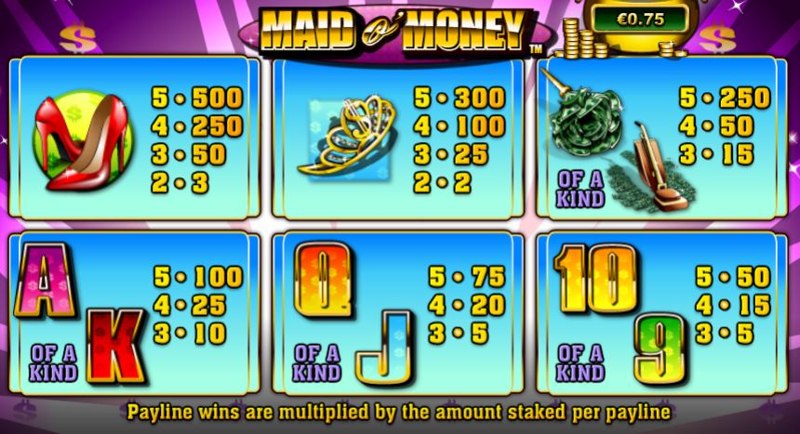 Maid O’ Money is a better than average online slot game with very good winning opportunities. It certainly doesn’t hurt that there’s also a sense of humor to it, as well as several entertaining special features.