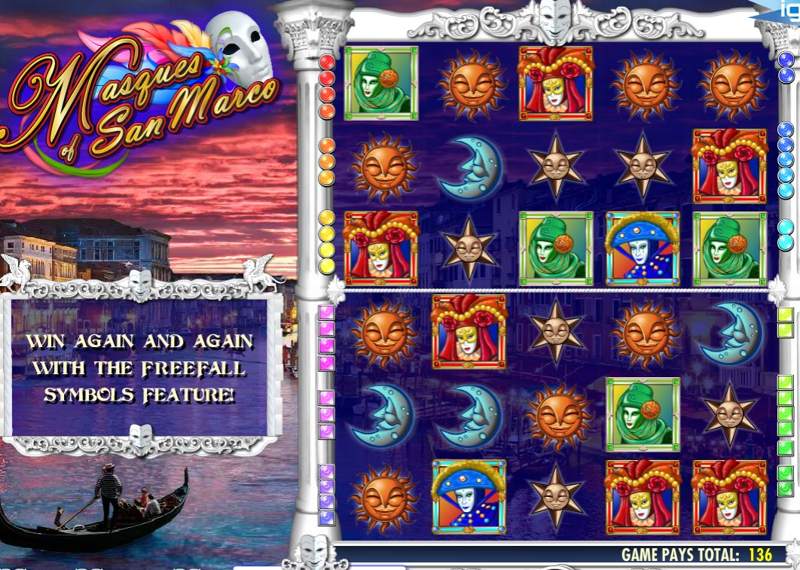 You get a funky sort of set up with this slot in that you essentially get two reels to play with. The reels are split between the top and bottom, but they are both interlinked in terms of the number of chances of winning. It’s a 40 payline game, which is split between the two reels offering you plenty of chances to win. The game also includes a free fall feature and extra paylines bonus to keep players entertained.

The first thing we want to talk about is the free fall feature. This works by dropping in new symbols to existing symbols in winning paylines to potentially create multiple winning combinations. This feature is enabled for your whole time on the game which means that there is potential to win multiple times from just one combination. 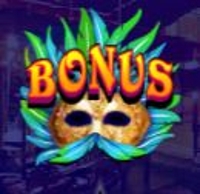 You will get 6 free spins from the game when you get 3 bonus symbols on the first 3 reels. On top of this you will also get a bonus on that winning payline. The bonus will give you 20 more paylines for your free spins and you can re-trigger these at any point during the free spins round. The game will provide up to 60 additional paylines and you can claim a staggering 300 spins before the round is declared over. The bet throughout this round will be matched on the bet to qualify for the bonus feature. 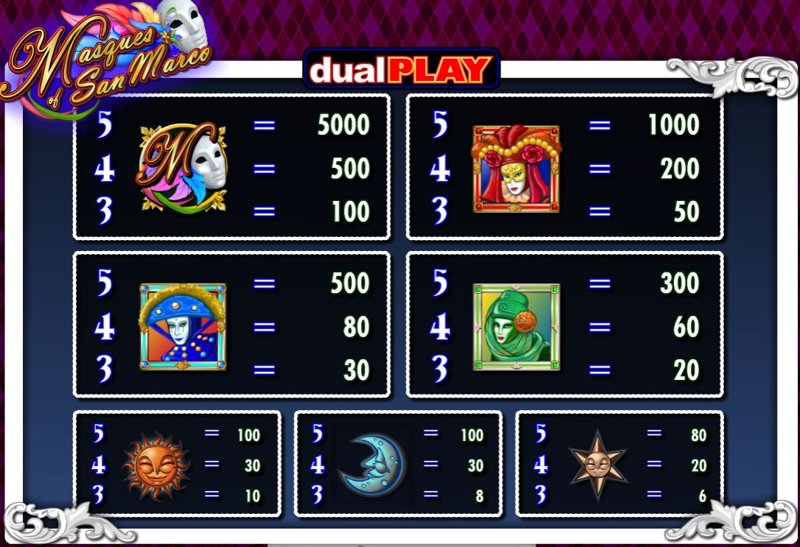 The Masques of San Marco won’t be a slot that will appeal to everyone. The theme is a little bit niche, but we don’t necessarily see that as a bad thing, especially in an industry with so many existing titles. The inclusion of two reels was a bold move from the designers and we feel that it does actually work quite well. Once you get over the fact that there is twice as much going on as normal, it’s not too hard to follow.