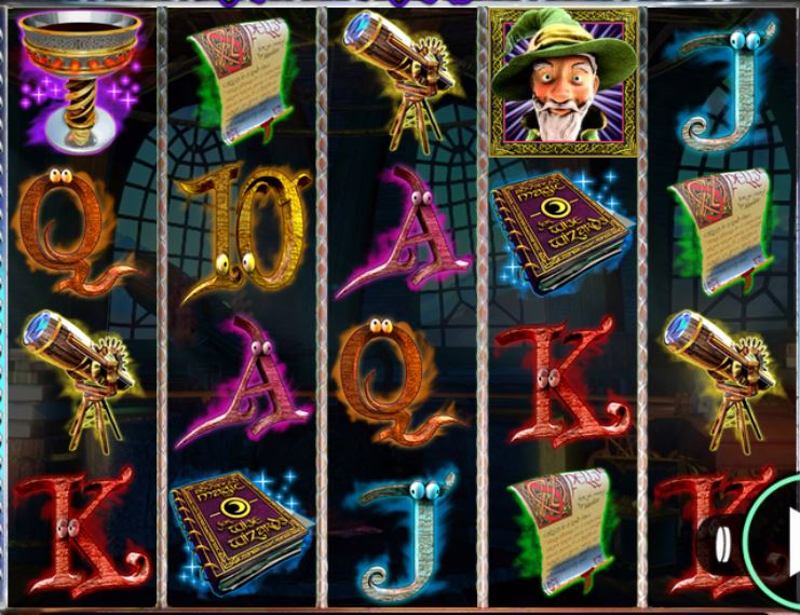 If you can use a little magic in your life right about now, check out Merlin’s Magic Respins. This online slot game is brought to you by software manufacturer NextGen Gaming. And it takes on none other than the legendary wizard Merlin himself. Speaking of Merlin, he will be standing right beside the reels and watching them very carefully as they spin. The setting is in some sort of observatory with bird cages, treasure chests and all sorts of other undefined objects. In addition, there are plenty of strange objects on the reels, as well. For example, there’s a magical chalice, occult books and scrolls, powerful telescopes and even a gold cauldron. As for the graphics here, they strive to be modern and 3D but they aren’t of the sharpest quality. Unfortunately, there’s no real soundtrack either.

You will find that Merlin’s Magic Respins uses a slightly taller grid than normal. It boasts 5 reels and 4 rows with a total of 50 paylines – the paylines are also fixed so you won’t have the opportunity to adjust them. With that in mind, stakes here start at a steep minimum bet of 50p per single spin, and the betting range is an atypically large one for this developer, reaching a sky-high maximum bet of £1,750 per spin.

Like several other NextGen Gaming slots, Merlin’s Magic Respins comes with the trademark Super Bet feature. This means that you can choose to pay a little extra towards your bet on every spin to gain additional benefits. In this case, you have 5 different Super Bet options, and all of these unlock the Wild Respins feature. However, depending on the option you’ve activated, you will receive a different number of respins.

So what happens during these Wild Respins? As we mentioned earlier, Merlin will be standing beside the reels as you play, but when you use the Super Bet he can add Wilds randomly to the screen. In addition, if you land a full reel of Wilds this will trigger 1 or more respins, during which the Wilds remain in place. Super Bet level 1 will cost you 100 coins and grant you only 1 respin, whereas level 2 will award you 2 respins at the cost of 150 coins. Then you can benefit from 3 respins on Super Bet level 3 and receive 4 respins on Super Bet 4. These will in turn cost you 250 and 300 coins, respectively. Last but not least, for 350 coins you can activate Super Bet level 5 and benefit from 5 Wild Respins. 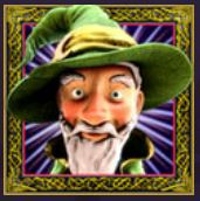 Merlin is the game’s Wild and also its highest value symbol. However, during the regular games he can only land on the middle reels 2, 3 and 4. If you choose to activate the Wild Respins Feature, though, the Wild will be able to appear in any position on the reels. Moreover, this symbol will be responsible for replacing other symbols when forming winning combos. The one symbol it cannot substitute for is the game’s Scatter. 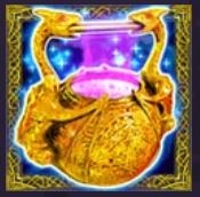 Like the Wild, the Scatter symbol can appear on reels 2, 3 and 4 only. This applies for both the base game and special features. However, with the help of the Scatter you will be able to trigger the only other bonus round in this title – the Freespins feature. To be more precise, you will have to land all three Scatter symbols at the same time in order for this to happen. That will, in turn, lead to you receiving a total of 7 free spins. During this bonus round, Merlin will be doing exactly what we described earlier: randomly adding Wilds to the reels. Furthermore, you can even retrigger this feature for an additional 7 free spins. 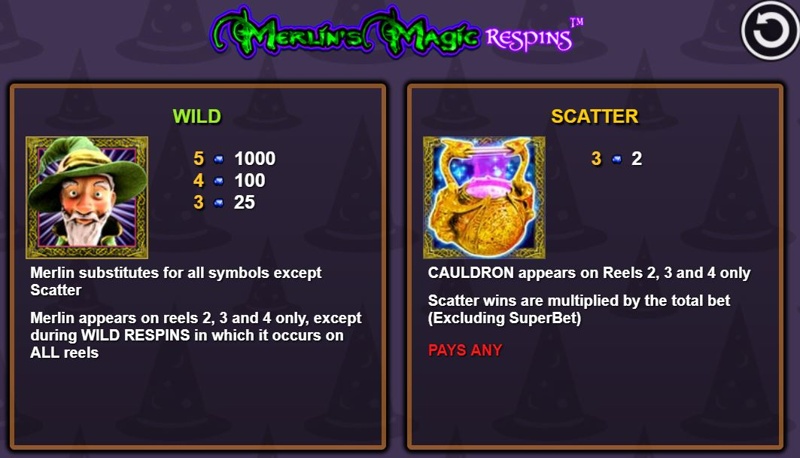 Merlin’s Magic Respins is a decent offering with a medium variance – so you will have a good chance at triggering the free spins round, which will be delivering the bigger wins.