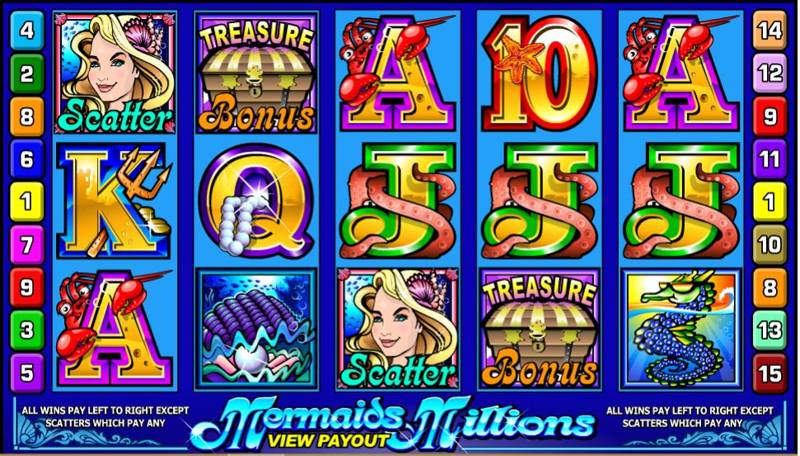 While mermaids may not be real, their mythology is hugely interesting and enticing. The fact that the depth of the murky sea holds plenty of treasure and riches ensures that there is always an incentive to dive to the bottom of the ocean in the hope of cash and gold. Enter Mermaids Millions. This game provides a number of ways to pocket a sizable prize, and it does so with a great range of aquatic imagery and icons.

Mermaids Millions, provided by Microgaming, is a 5 reel game with 15 paylines. There are two different bonus elements on offer and there is a jackpot of 7,500 coins up for grabs.

The fact that there are two bonus rounds available in Mermaids Millions ensures that this is a game that players can play with a great deal of anticipation and excitement. The first bonus round is triggered when a minimum of three treasure chests appear in a row running from left to right on a payline. When this happens, a player is taken to a new screen where there will be 9 treasure chests. The number of symbols that were on the chests on the reels will influence the number of selections you get to make at this stage, with every chest on screen containing a prize.

The next bonus on offer comes into play when a minimum of three Mermaid symbols are found on screen. This provides players with 10 spins for free and a multiplier of three times. 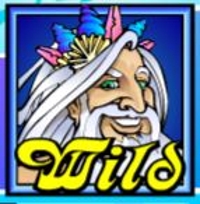 The wild symbol in the game is Poseidon, the God of the sea. This will substitute for all symbols except for the scatter and the treasure bonus symbol. 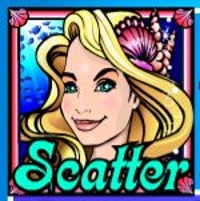 The scatter symbol in the game is the Mermaid, which isn’t surprising given that she is the title character of the game. 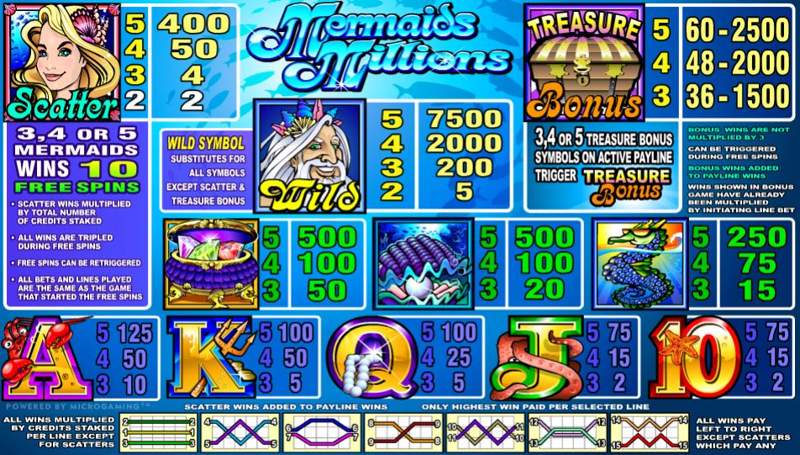 The bonus elements of Mermaids Millions make this a game that is suitable for most players. There is a lot of money at stake if you are patient and have some good fortune on your side. The game has a theme that is cohesive and runs throughout all of the different elements. The gameplay is smooth, the standard game works well and the bonus features add another dimension to the game. All of this means that Mermaids Millions is a slot game that should appeal to most players, regardless of what their ultimate aim is with respect to slots.