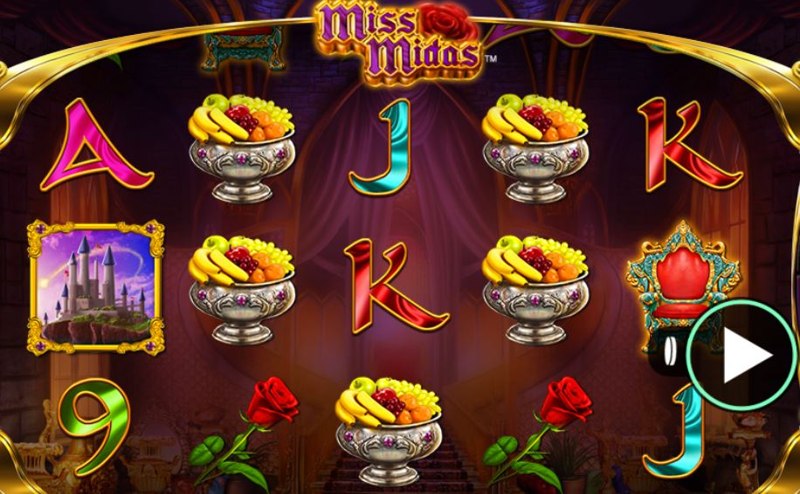 Surely you have heard of the mythological King Midas, but now there apparently seems to be a Miss Midas as well, and just like the fabled King, this young lady’s touch will also turn objects to solid gold. And what handier tool for an online slot game, right? This offering is brought to you by software developer NextGen Gaming, and it boasts some great quality graphics. You will find yourself in a royal palace that’s not anywhere near as ancient as that of King Midas, and on the reels you will see various items of luxury including peacocks, giant silver fruit bowls, a throne, a castle and more. In addition, the lower value playing card icons shimmer within their golden frames, adding a nice touch (pun intended) to the visuals.

Moving on to the game’s setup, we’ll begin by first covering its layout. It features the standard 5 reels and 3 rows which you see pretty much all the time, and in addition, there are 25 active paylines for you to place your stakes on. However, these payline are fixed and you will therefore not have the option of adjusting them. Hence, the minimum stake on these reels will set you back some 25p per single spin. The maximum bet, on the other hand, will set you back a total of £500 per spin.

Miss Midas boasts the trademark NextGen feature of the Super Bet, which is great news for players willing to spend a little extra in order to get more out of gameplay. But before we explain what you will get in exchange for the extra cash, let’s first introduce you to one of the two special features that this game has. It’s called Miss Midas’ Golden Touch and it occurs whenever the Wild is adjacent to certain symbols. More specifically, whenever Miss Midas ‘touches’ the peacock and/or throne, these symbols will become gold, and as such, they will assume the role of a Wild.

Now, with the help of the Super Bet options, you can extend the lady’s reach to other symbols. Super Bet 1, for instance, will also include the giant fruit bowl, and this will come at an additional cost of 10 coins per spin. If you pay an extra 25 coins on top, you can benefit from Super Bet 2. This one will also turn the Rose symbol into gold when within reach. 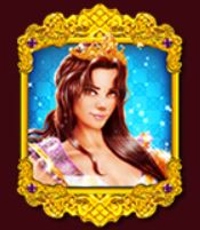 As we made clear, Miss Midas is the game’s Wild symbol, and she will be able to substitute for any of the other icons, except the Scatter. The Wild can help complete winning combos, thus boosting your winnings. Keep in mind, however, that Miss Midas can only land on the middle reel during gameplay, but the adjacent symbols she touches and turns to gold are not confined to that one reel. 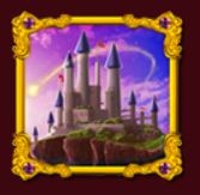 The Scatter is the game’s most lucrative symbol, offering payouts of up to a whopping 2,500 coins. But on top of that it also provides the opportunity to trigger the only special feature in Miss Midas – the Freespins feature. Unlike the Wild, the Scatter can actually land in any position on any of the 5 reels; but you will require a minimum of 3 Scatter symbols to land simultaneously in order to trigger the bonus.

3 Scatter symbols will award you 15 free spins, whereas 4 will give you a total of 20 free spins, and if you land all 5 Scatter symbols you will get 25 free spins in addition to the hefty cash prize. All throughout the Freespins round, any symbols that were turned to gold will also be able to turn other adjacent symbols into gold. This only applies to those symbols that the Super Bets affect, though. You can also retrigger this feature. 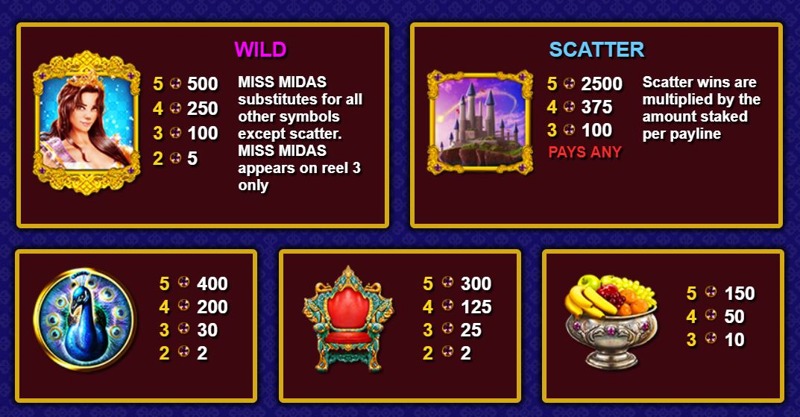 Miss Midas is a more than agreeable medium variance offering by NextGen Gaming. We really enjoyed the whole ‘turning to gold’ concept and the visuals are pretty smart, which doesn’t hurt either.