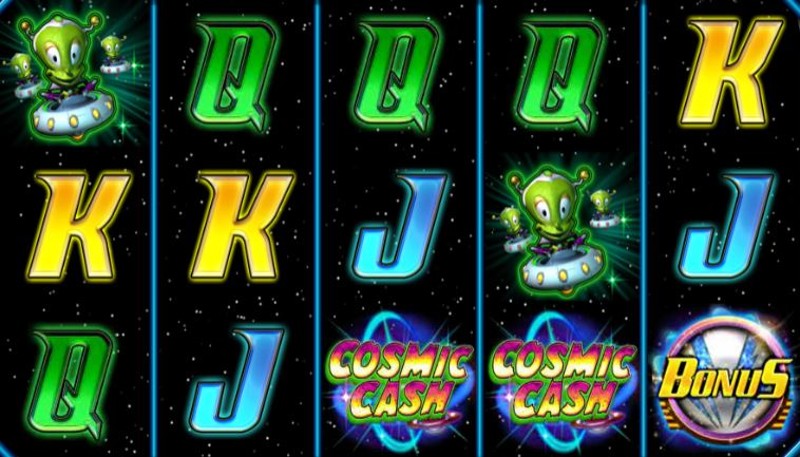 If you’re feeling like more of an intergalactic adventure today, perhaps you’d care to check out Money Mad Martians Cosmic Cash. This is a fun, fast-paced online slot game brought to you by software provider Barcrest. Once the game has loaded, you will find yourself far out in deep space, with two swirling galaxies on either side of your screen and an endless sea of stars ahead. There’s no soundtrack in this game, which is not uncommon with games from this developer; instead, you get to hear some cosmic sounds as you spin the reels, which is pretty fun too. Note that the graphics don’t boast any of the 3D or high definition fanciness you might be expecting from most modern slots.

With that in mind, the layout and setup are also fairly conventional: there are 5 reels and 3 rows with a total of 10 active paylines for you to place your bet on, and as is most often the case with Barcrest offerings, the paylines are fixed and therefore not subject to adjustment. You have all the freedom in the world in setting your desired betting amount, though. Bets span from a minimum of 10p per spin up to a maximum wager amount of £500 per single spin.

Now, besides the features we have listed further, Money Mad Martians Cosmic Cash boasts a neat little random feature. This feature can turn your losing spin into a winning one at any point during gameplay. It’s called the Shuffling Reels feature and it will literally shuffle the reels around so that it can create at least one winning combination. 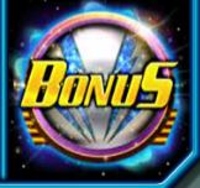 If there is one symbol you want to be on the lookout for it would be the Bonus symbol. It can only land on reels 1, 3 and 5, and in order for you to benefit from it you will need to land all three at the same time. This will trigger the Pick Me Bonus feature, where you will have to select one of the three Bonus symbols you landed. You can either reveal a multiplier value or the Bonus round.

Revealing the Bonus pick from the Pick Me Bonus will take you straight to the Asteroid Bonus Feature, which is essentially also a pick me game. You will need to choose one of the asteroids to reveal either a Martian or a multiplier. The first pick may also reveal entry to the Planet Bonus feature. Now, you can continue picking out asteroids until there are no more left, or until you land the Martian, at which point the feature will end.

This one is even simpler and requires minimal player interaction. In fact, better to say that it requires none at all. You will be three planets, each displaying a certain cash value. They will start spinning and the one that stops will award you its prize. That’s it. But it is a lucrative feature, with the potential of winning up to 500 times your total bet. 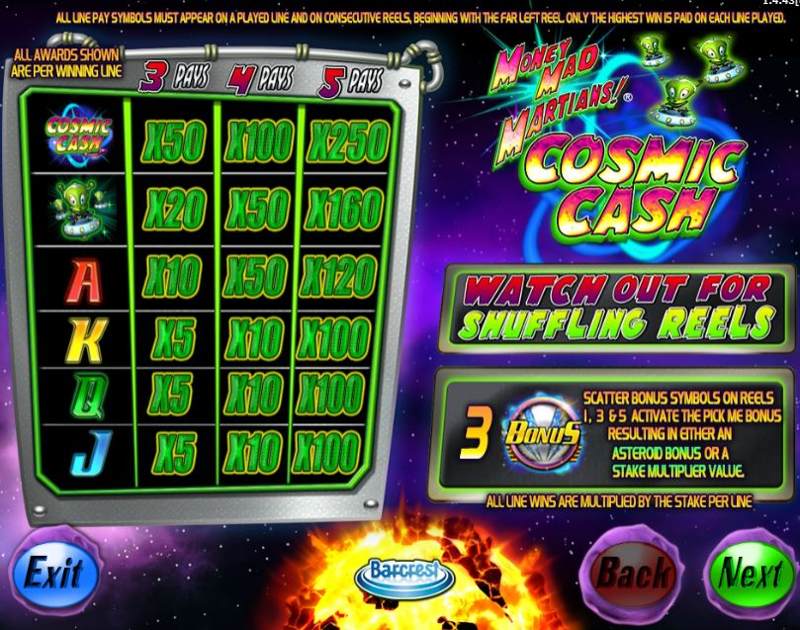 Money Mad Martians Cosmic Cash is a peculiar offering in that it doesn’t have your must-have features like Wilds or free spins. Instead, it has 3 other bonus features that seem to all spring out of one another. They’re still fun features, and given that this is a medium variance title you can get to trigger them at regular intervals.