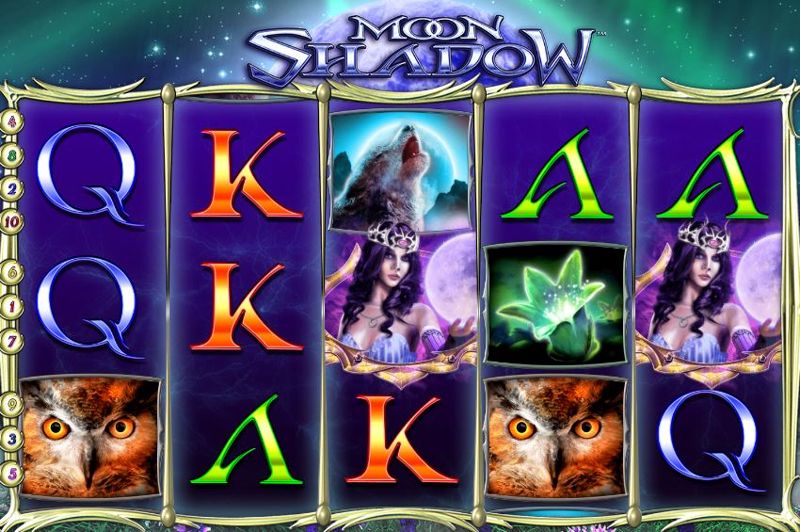 Night owls and people who have an affinity for the later time of the day will be exceptionally pleased by the atmosphere in Mood Shadow. It’s a nature themed slot, obviously with the full moon as its focal point, and the backdrop shows an almost mystical setting, somewhere in a meadow that is bathed in the ghostly glow of the moon. You can see delicate little pink and purple blossoms below the reels, and above them is the radiating majesty the moon. Around the moon is a halo of green and blue luminescence, as well as an entourage of brightly shining stars. The reels are filled with creatures of the night such as owls and wolves, and among them you will also notice a blood red moon and a magically glowing flower. The soundtrack quickly becomes annoying, however.

As far as the technical specs of this Barcrest offering go, they’re pretty conventional. The layout features 5 reels and 3 rows with a total of 10 paylines; and as with most Barcrest slots, you will find that the paylines here are fixed so you won’t have the ability to regulate them. Stakes, however, start fairly low at a minimum of 10p per spin, and the maximum wager amount will set players back £500 per single spin.

There are two Big Bet options in Moon Shadow. One will buy you 5 consecutive spins for the price of £10, and the other will do the same only for the price of £20. The benefit of the Big Bet Mode is that you will get an extra 10 active paylines for a total of 20. Needless to say, you will also have the opportunity to trigger the Freespins Feature from the Big Bet Mode. Furthermore, the RTP increases to 98.01% which only adds to your winning chances. 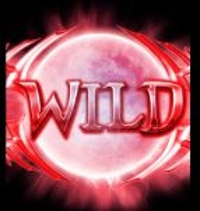 The Wild symbol in this game takes the shape of a menacing blood moon. It doesn’t appear all the time, though, in fact, you can only see it during the freespins bonus round. At that time, it will be able to land on any reel in any position. Furthermore, it will have the capacity to substitute for any of the other symbols in the game apart from the game’s Scatter icon. 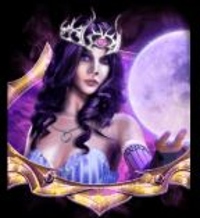 Unlike the Wild, the Scatter can land only on reels 1, 3 and 5, and it can appear in the base game which is precisely what you’re going to want it to do. You will need to land all three Scatter symbols simultaneously during a spin, and this will trigger the game’s main attraction – the Freespins Feature. This will award you a total of 10 freespins with the opportunity to retrigger them, so you can potentially be looking at up to 20 freespins. What’s more, though, before the freespins begin the game will randomly select one symbol to act as an extra Wild. 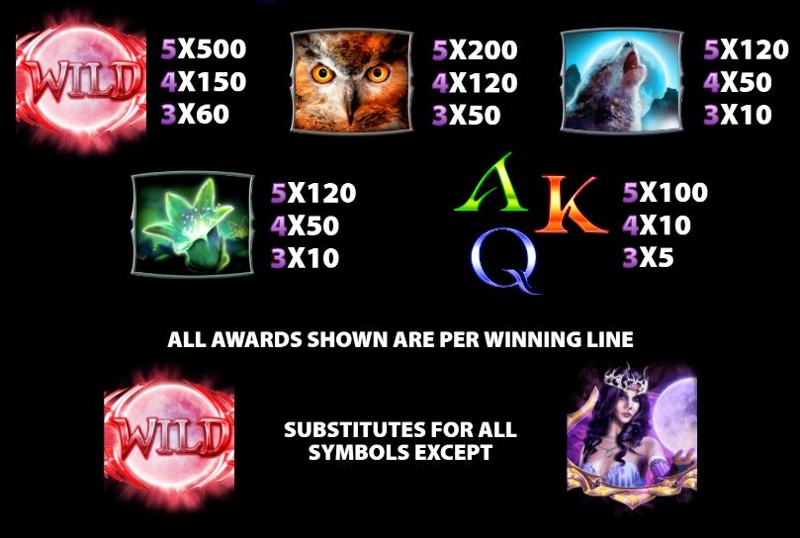 Moon Shadow is a fairly simplistic slot game in all respects. The setup is very down to earth with only one special feature around which the whole game revolves. The visuals, though beautiful, don’t aim to wow players with special effects like 3D graphics or animations. All in all, it’s a pleasant medium variance title with good chances of getting you some hefty prizes.