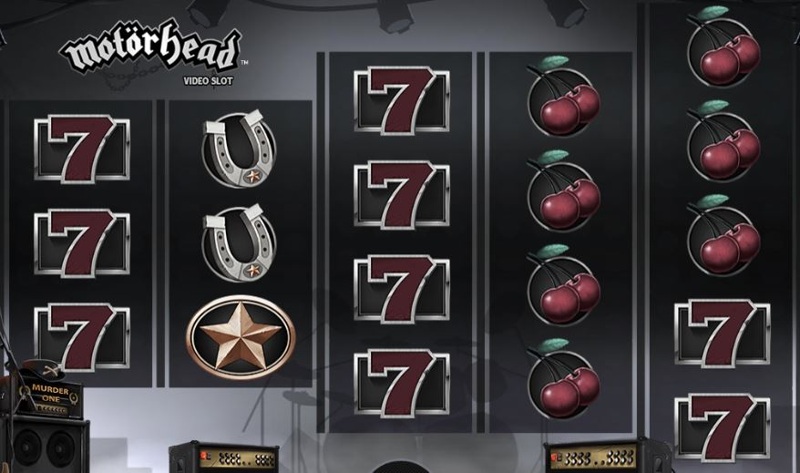 Join the legendary Motorhead directly on stage and become part of the cult metal band’s act! Software manufacturer Netent has done it again and released yet another brilliant music-themed online slot game. You will find yourself amidst all of the band’s equipment on stage, including speakers, guitars, amplifiers and projectors. And beyond the stage mist, just behind the reels, you can even make out the drum set. What’s more, the audio is very much on track, as well. There is some instrument testing, as well as the late Lemmy’s voice occasionally commenting, too. As for the symbols on the reels, you might find it unusual, but most of them are actually based on old school slot machine icons. There are cherries, clovers, horseshoes, bells and stars among others.

As for the layout in Motorhead, it’s a bit unusual. It features your regular 5 reels; however, only the first 2 of them have 3 rows each. Reels 3 and 4 both have 4 rows each, and the last reel boasts 5 rows. All of this makes for a total of 76 fixed paylines, and players also get to enjoy a very flexible betting range of between 20p and £200 per single spin. But the setup peculiarities don’t end there, as you’re about to see.

Besides the features described below, Motorhead also has a couple of unconventional ones. The first of them would be the Mystery Reel Feature, and it’s an important one because it is active pretty much constantly throughout gameplay. As part of this feature, during every spin you will notice at least one reel covered in Mystery Symbols. Once the reels have stopped spinning, the Mystery Symbols will transform into one random symbol (except the Scatter).

This title also boasts a random feature that can take place at any point in the base game – The Bomber feature. The point of this random bonus is that a number of bombs will appear on the reels. In turn, each bomb is made up of a cluster of Mystery Symbols. So as a result, you will have an overlay of minimum 10 Mystery Symbols on the reels.

Unlike most of the other symbols here, the Wild doesn’t provide any payouts when contributing to winning combos. It does, however, replace any of them when forming said combinations. The one exception is the Scatter symbol.

The Scatter symbol in this game can only land on reels 3, 4 and 5, and you will need to land it on all three of those reels at the same time in order to trigger the Freespins bonus feature. Furthermore, you will receive a total of 10 free spins. On top of that, the Mystery Reels will now contain both Mystery and Wild symbols. 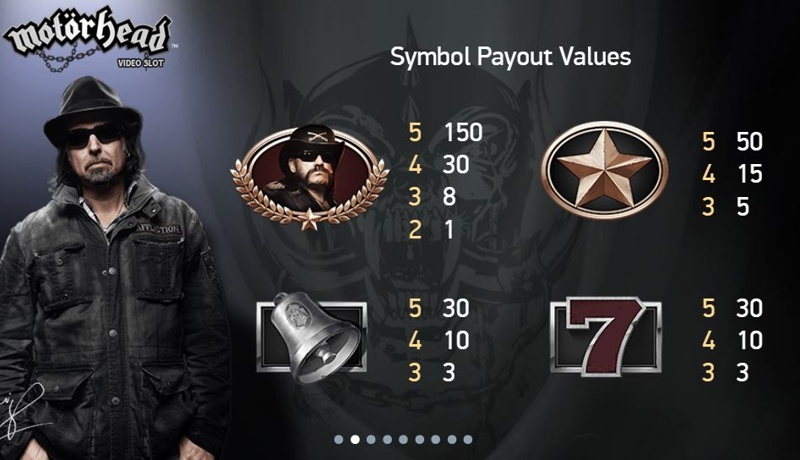 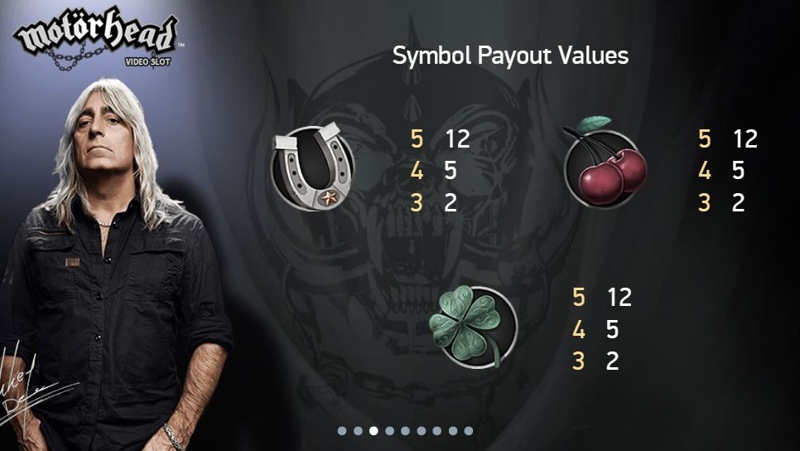 Motorhead is a dream online slot game for many a music lover. Of course, the theme is a big deal, but comes supported with quality graphics, great animations and some pretty cool features. Not to mention that you will certainly get a good opportunity to experience most (if not all) of the thrilling extras. Due to this game’s medium variance, you can also expect pretty decent sized wins to come your way.