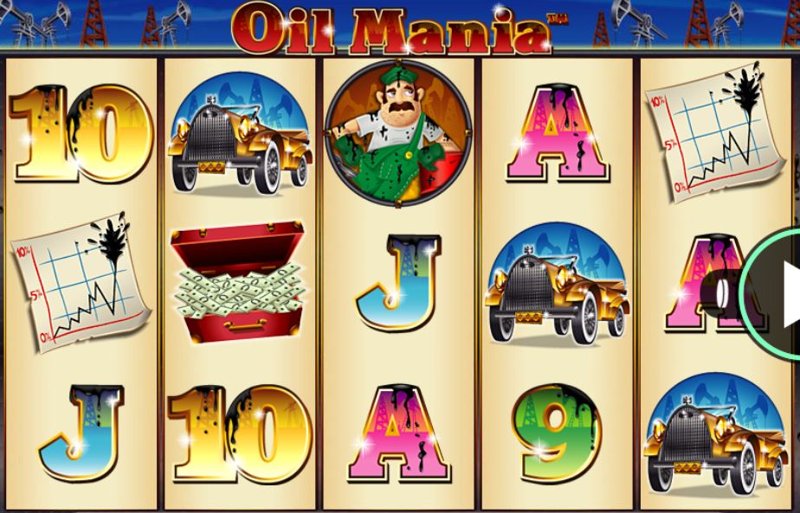 Oil Mania wouldn’t be the first oil-themed online slot game in the world, and it certainly isn’t the best one either. The graphics in this title are rather basic and don’t exactly feature any impressive animations or anything like that. They are not 3D or HD, and don’t boast any particular sharpness, unfortunately. As for the backdrop, it displays a forest of oil rigs sprouting from the ground in scarily close proximity of one another. The symbols here feature the lower value playing card icons that are stained with oil spills. The remaining symbols on the other hand are all theme-related and include charts, suitcases filled with cash, golden cars, an oil worker and an oil tycoon.

This leads us to the game’s layout of 5 reels and 3 rows. It comes with a total of 25 active paylines which you are free to set to a lesser number, if you so choose, and this affects the betting range accordingly, with the minimum stake being only 1p per single spin. This makes this a very comfortable offering for penny players, but high rollers also have plenty of room to roam free, as the maximum bet will set you back some £500 per single spin. 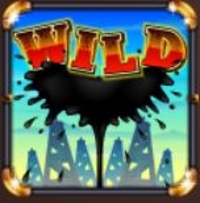 The oil symbol is Wild on these reels and it can appear only on the middle reels 2, 3 and 4. However, it doesn’t land on the screen during the base game at all. You will have to trigger the Upwild feature in order to benefit from it. When it does appear, the Wild will be able to substitute for any of the other symbols to help complete winning combinations. Thus, it can be very helpful in boosting your prizes. 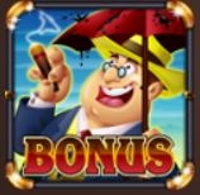 The Oil Tycoon acts as the game’s Scatter symbol, and just like the Wild he too can only appear on the middle reels 2, 3 and 4. The only difference is that he isn’t confined to the Bonus Game. This is important, because the Scatter will be your way of triggering the single special feature that this game has in store for you – the Upwild feature. Activating the bonus feature is also fairly simple. You will just have to land only a single Scatter symbol anywhere on the screen.

As a result, you will receive a total of 3 free spins, and at the beginning of the feature a Wild will appear on the same reel where the Scatter was. More precisely, it will appear at the bottom of the reel. Then for the next spin, it will extend its reach one position upward, thus covering two positions on the reels. Then on the last free spin you will have a fully Wild reel to benefit from. Furthermore, if during this feature you land another Scatter, the free spins will reset and you will get a Wild on that reel, too.

Oil Mania is quite a basic online slot game by software developer NextGen Gaming. The visuals are very simplistic, and so is the setup. Besides the quirky theme, there’s not much going on here.