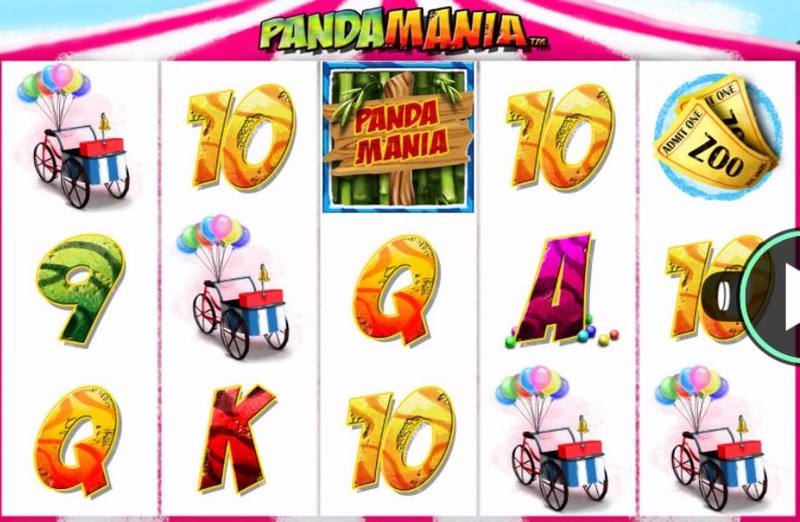 Attention, attention! There’s been a breakout from the local zoo, and it looks like the pandas are running the show there now. That’s right. They aren’t going to take any more of your kids poking sticks at them and you throwing candy at them – they have officially had enough. This online slot game is brought to you by software manufacturer NextGen Gaming and it boasts a unique and very amusing theme. Furthermore, the visuals are pretty nice as well, featuring a large colorful tent in the backdrop. As for the symbols on the reels, these represent various items you’re likely to find during a hostile panda takeover, such as an unattended ice cream cart, an abandoned bag of candy and more ice cream… and a tied up zoo keeper.

Now as for the game’s layout, there’s nothing unusual or uncommon here, in fact, it features your most conventional grid of 5 reels and 3 rows. These also come with a total number of 25 active paylines, which you are free to adjust as you please. In fact, if you choose to, you can even decrease the number of active paylines to just 1. This makes for a very flexible betting range that starts at a minimum stake of 1p per single spin, and the maximum bet will set you back a total of £500 per spin.

Pandamania happens to boast several special features, and there’s even a random one among them. This is called the Panda Escape Bonus, which can take place at any point during gameplay. Once it triggers, you will see a panda come onto the reels and randomly turn symbols Wild. Actually, it would be more accurate to say that the panda will drive the ice cream cart onto the reels. 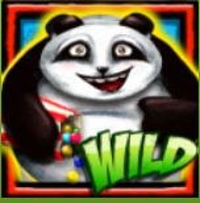 The Panda symbol is Wild, obviously, but in addition to that it’s also the highest value icon here. With its help you can potentially cash in up to 3,000 coins. But what’s more is that the Wild will be able to replace any of the other icons to help complete winning combos. It can also land in just about any position, on any of the five reels. The only symbols that it won’t be able to substitute for are the game’s Scatter and Bonus icons. 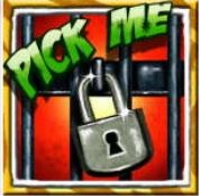 Look out for the Pick Me Bonus symbols landing on the three middle reels. Once you manage to land all three of these symbols at the same time, this will trigger the Pick Me Bonus game, and as a result you will get to select one of these triggering symbols to reveal your reward. You can win a cash prize as well as the option to pick again, and you can also uncover the Win All option, which will grant you all three cash prizes. 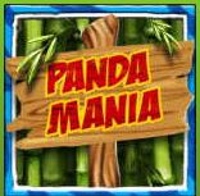 The Freespins Feature is the main attraction here, and you will have the opportunity to access it after landing 3, 4 or 5 Scatter symbols simultaneously. This will award you 10 free spins during which all prizes will be doubled. Moreover, the Panda Escape Bonus will trigger more frequently during the Freespins Feature, which promises even bigger wins. Finally, you will also have the chance to retrigger the bonus and earn another extra 10 free spins. In order to do this, you will again have to land at least 3 Scatters at the same time. 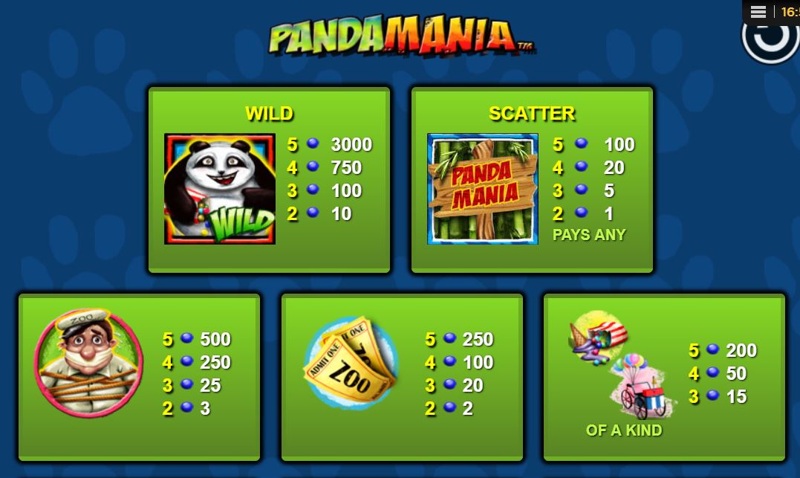 Pandamania is a very entertaining slot game in that it boasts an unusual and fun theme. It’s also always a joy to see the panda on the hijacked ice cream cart give you extra Wilds. But all jokes aside, this is a low to medium variance offering, so don’t expect very large wins.