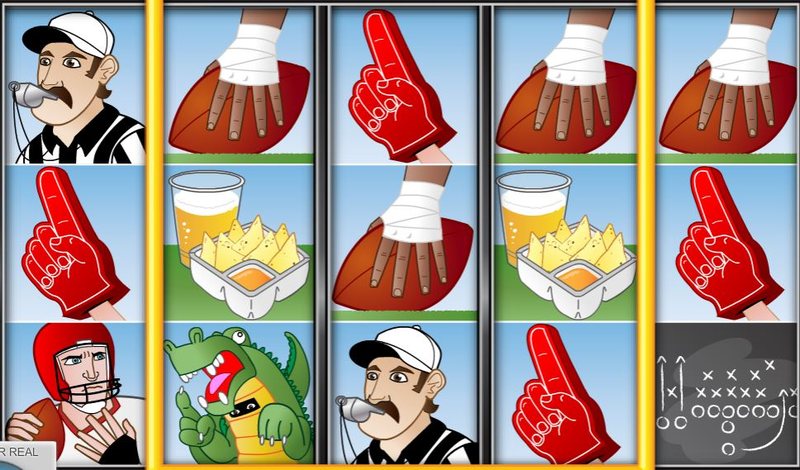 The title of this Rival Gaming slot is quite revolting if taken the wrong way, but relax, no pigs were harmed during the making of this game. The slot actually focuses its attention on the theme of American Football. So, why pigskin? Well, historically, the balls were made from stretched pigs skin. Fortunately, that’s no longer the case today, and we can all enjoy a vegetarian brand of the sport instead.

This five reel three rows game has a set of 20 pay lines for you to bet on, but if you have a preference for betting on fewer you can reduce the active number easily enough. You’re also able to customise the bet that you bring into play using the + and – buttons to choose a coin value between 1p and 25p, and then decide how many of those coins you want in play per line between 1 and 10. This gives you the opportunity to introduce a maximum overall bet of £50.

Pigskin Payout keeps things light hearted graphically, with the background displaying the football stadium and the fans. Upon the reels the symbols start with the large, red foam finger followed on by the beer and nachos. Then comes the football being clutched by a hand, followed by the 5|0 symbol, which can pay out up to 100x your bet. You’ll also see a mascot in a crocodile outfit, as well as the referee. A player charging towards you comes next, but it’s the player holding the ball that works as the game’s highest paying standard symbol, with pay-outs of up to 1,500x your stake. 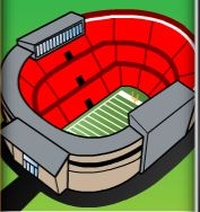 Football games need to take place in a stadium, and the aerial view of this stadium is on display as the scatter symbol in Pigskin Payout. Being a scatter addition, this one is able to appear in any location on the reels and still reward you with a win. It’s also this symbol which has the potential to trigger the slot’s free spins round. You’ll need to spin at least three of the stadium scatter into view anywhere for this to happen.

Jackpot Can’t Lose Freespins – Whenever you manage to spin three of the stadium scatter symbol onto the reels you’ll be rewarded with five free spins, while a total of 10 free spins will be given to you for the appearance of four scatters. You’ll get the maximum of 25 free spins whenever five of this symbol come into view. During the free spins round, any winning combinations that you create will provide you with a pay-out multiplier of 3x. 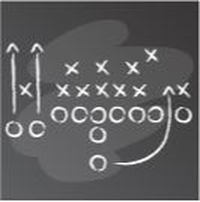 Pigskin Payout also has its own jackpot symbol, which is represented by the image of the blackboard showing the team’s tactics. This one can only show up during the free spins round, but it has the possibility of providing you with huge rewards.

Spinning five of them into view in any position will multiply your wager by 1,000x, ensuring that you come away from the feature round with quite the boost. 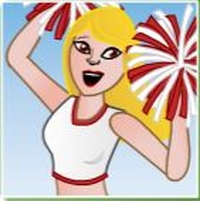 No American Football game would be complete without the cheerleaders, would it? As it happens, the symbol of the cheerleader in this game is the wild symbol. With this being the case, it provides the potential of substituting for all other standard symbols in order to help you with creating winning combinations.

If it does contribute to any win during base gameplay, it will add a multiplier of 2x to the pay-out.  Form a win consisting solely of five wild symbols and your bet will receive a multiplier of 7,500x for your reward! 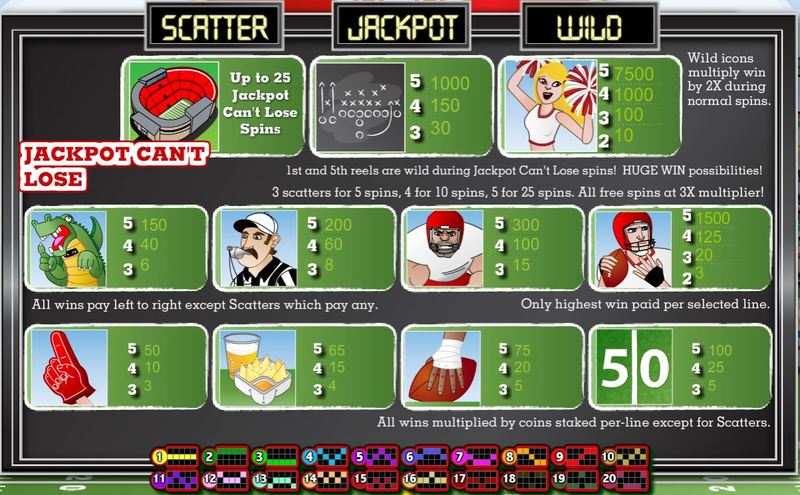 We have to admit that Pigskin Payout has some fun animations included within it that add to the entertainment factor. The theme is represented very nicely, while the inbuilt special features make it all the more worthwhile to play. Overall, the slot provides a nice addition to the Rival Gaming catalogue of products, and we highly recommend it to all video slot players.