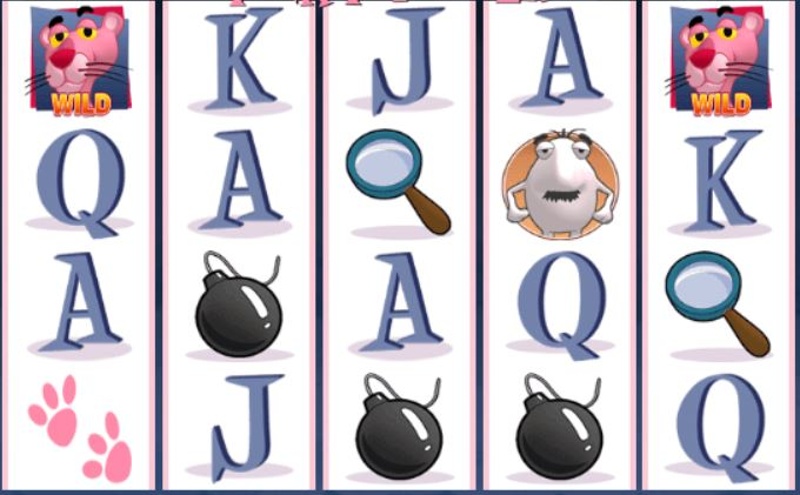 Pink Panther is an online slot game brought to you by software manufacturer Playtech, and the title clearly centers on not the 1963 motion picture of the same name, but on the animated spinoff. Hence, you will see the slender pink feline standing right beside the reels as you play. The graphics in this game also match the theme in that they are distinctly cartoonish and 2D, and although they do feature plenty of animated sequences, they aren’t like the modern stuff you see in games these days. The backdrop is a deep blue slate with a hint of a city scape visible in the distance, and the symbols here include the lower value playing cards, as well as bombs, cans of pink paint, magnifying glasses, and paw prints.

This brings us to the game’s layout, which is slightly less common for this industry. There are five reels and 4 rows with a total of 40 active paylines for you to bet on, and what’s more, the paylines are not fixed, giving you an opportunity to select a lesser number if you so choose. Therefore, the betting range in Pink Panther leaves plenty of wiggle room for most pocket sizes. As you’ll find, the minimum bet is only 1p per single spin and the maximum bet will set you back a total of £40 per spin.

Pink Panther will surprise you with the amount of special features that it boasts, and while this may not necessarily appeal to everyone, all of them are triggered completely at random. For example, one of these random bonuses is the Pink Pow Feature. Like the rest, it can take place at any point during gameplay, and when it does, anywhere between 2 and 6 symbols will explode on the reels and become Wilds.

Pink Panther also offers the possibility to win one of the two progressive jackpots, also at random. 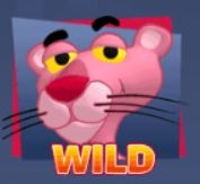 Speaking of Wilds, we should point out that it is the most lucrative symbol on the reels. Appearing pretty much anywhere on the screen, it has the capacity to award you up to 5,000 coins, but what’s more, it will be able to substitute for all other symbols except the Scatter. 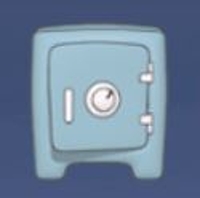 Once active, this feature will present you with a selection of 10 identical safes. Help the Pink Panther open these safes one at a time, revealing freespins, multipliers, and even an expanding Wild for reel 3. The feature ends once the panther reveals a dynamite symbol. Then, you will automatically receive an extra 2 freespins and the Freespins Feature will begin. 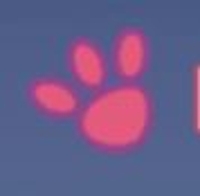 As part of this feature, you will enter a new screen where you will see Inspector Clouseau follow a trail of paw prints. Each of these prints will award you a certain cash prize, and after you have passed a certain number of them you complete a round. Now, you will have the option to continue to the next round but you risk losing half of the amount you gained so far.

This bonus will see the Pink Panther and the little white man paint numbers of a fence. They will paint them in pink and blue colors, whereas only the numbers in pink will count towards your reward. At the end of the feature, you will have the opportunity to collect your prize or try and play again for the chance of getting a bigger one. 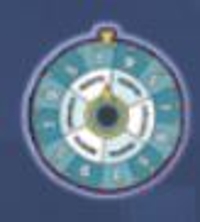 Last but not least, the Wheel of Pink Bonus Feature will take you to a new screen with a Wheel of Fortune. You will notice that it has two sections: the outer one contains multipliers for your total stake, and the inner one has ‘Collect’ and ‘Respin’ sections. Obviously, your aim will be to land ‘Respin’ as much as possible. 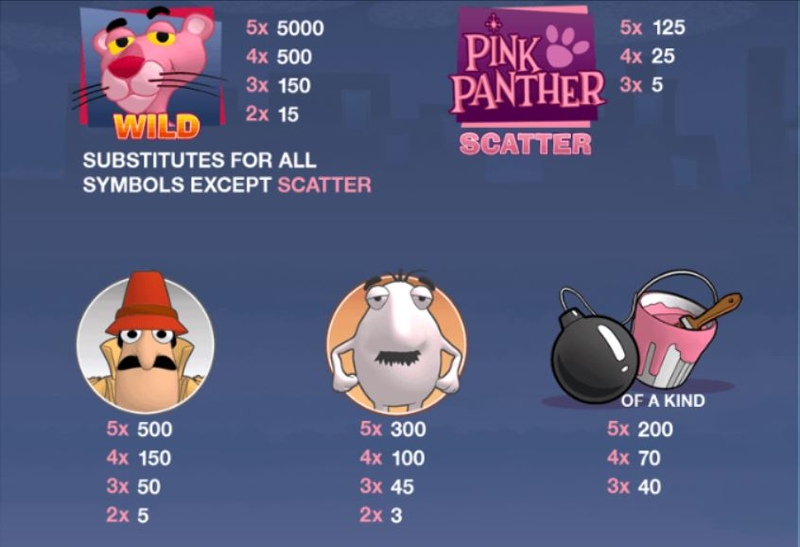 Pink Panther is evidently packed with special features, and while they may not be very lucrative, you can trigger them fairly often. That can give you more time to potentially win one of the progressives.