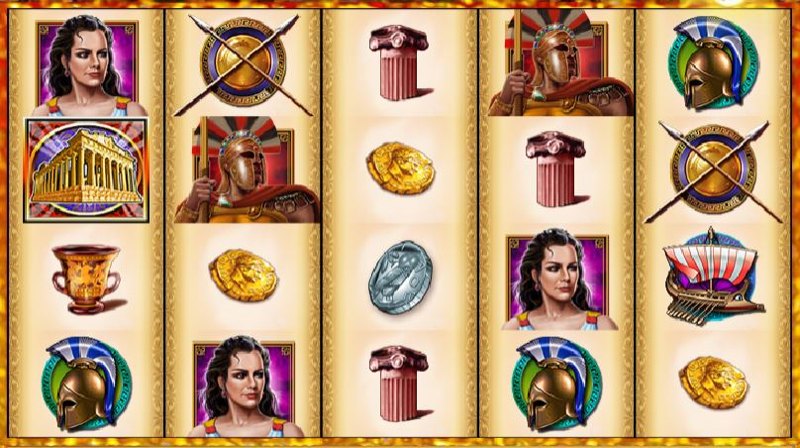 Plataea is a Roman Empire-themed online slot game by software manufacturer WMS. The graphics in this offering are a bit dated and the visuals lack any of the fancy bells and whistles you see in other games these days, but they aren’t at all unworthy of your attention. The symbols here include gold coins, spears, shields, Roman helmets and swords, and in the backdrop you can make out a Roman temple with an endless staircase leading up to it. And that’s just about all there is to say about this slot’s appearance. We can also add that it doesn’t exactly feature a soundtrack; instead, there is just the generic sound you can hear in pretty much any other slot machine.

The layout is slightly different from what you see normally. It features a grid of 5 reels and 4 rows, as opposed to the more common 3 rows, and furthermore, there are a total of 50 active paylines at your disposal. These are fixed, therefore there is no possibility for you to bet on a lesser number, however, the bets are per every 2 paylines, and in addition to those you also pay a certain amount as the Feature Bet. All in all, this sums up to a somewhat steep minimum bet of 40p per single spin. The maximum bet, on the other hand, will set you back a total of £200 per spin.

One of the three special symbols that Plataea boasts is the Reveal symbol. It can land anywhere on the reels, and whenever it does land, it will assume the form of any random symbol. Thus, it can help potentially create winning combos. However, the Reveal symbol will not be able to turn into either the Wild or the Feature symbols.

What’s more, it also comes with its very own special feature – the Hot Hot Super Respin Feature. To trigger it, you will have to land only Reveal symbols on reel 1. As a result, this will award you 2 respins. For the first respin all of the Reveal and Wild symbols will remain in place, including any that appear during that respin. For the second respin, all of the Reveal symbols will change into one random icon.

Unlike the Reveal symbol, the Wild can’t just appear in any position on the screen. Instead, it can only land on reels 2, 3, 4 and 5. But when it does land, it can substitute for all other symbols with the exception of the Feature icon. Hence, it too can increase your winning potential at any spin. We should, however, point out that the Wild doesn’t offer any payouts of its own.

Look out for the Feature symbol, as it is the key to triggering the most important special feature in Plataea – the Freespins Feature. In order to activate this bonus round you will be looking to land at least 3 Feature symbol simultaneously on the reels. This will reward you with a total of 10 free spins, and all throughout the duration of the feature you will notice that there will be more Wild and Reveal symbols added to the reels.

What’s more, you can also retrigger the feature by landing another 3, 4 or 5 Feature icons at the same time. This will give you another 10 free spins, for an all in all total of 20 free spins. 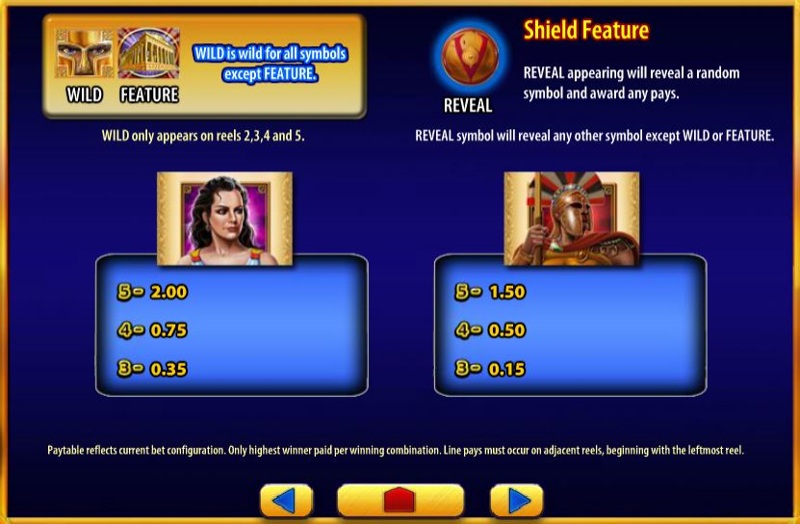 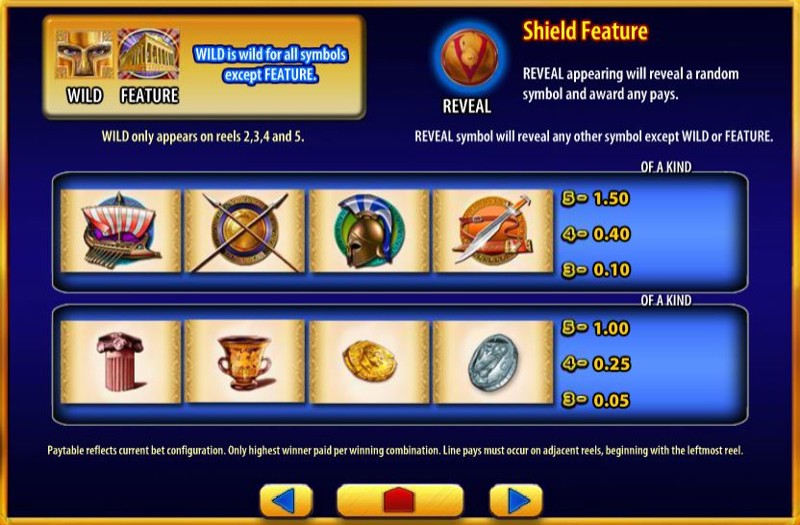 Even despite the relatively expensive stakes, the variance in Plataea ranks somewhere in the low to medium range. So, on the bright, side you will get to trigger the bonuses fairly often, but most times they won’t bring you extraordinarily large prizes.