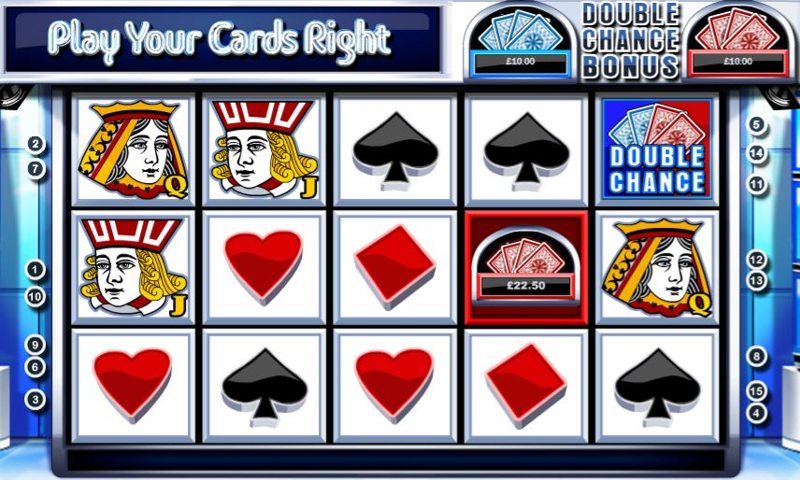 If you’re a fan of those terribly cheesy game shows of the 80s, then you’ve definitely found the right slot game with this one. Play Your Cards Right is a virtual version of the popular TV show, complete with corny music every time you spin – which becomes almost unbearable after your first few rounds so get ready to press that mute button. The reels are filled with symbols of the standard playing card suits, with Jacks, Queens and Kings added alongside.

In the top right corner of Play Your Cards Right, you’ll see two different coloured cash pots, one red and one blue. At random points in the main game, symbols will show up on the reels with a corresponding colour cash pot and an amount of money included. This total is added to the cash pot as you continue playing. 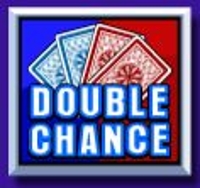 The aforementioned cash pots come into play should you spin three consecutive ‘Double Chance’ symbols. This initiates the bonus game where you will be presented with two rows of cards. Fans of the TV show will no doubt know how to play this game, but the idea for those of you who don’t, is to try and guess whether the value of the card that is face down is higher or lower in value than that of the revealed card. The cash pots are shown at the end of each row of cards, and you’ll play for the highest pot first. In this round, aces are the highest card while twos are the lowest. If the card is of the same value it counts as a wrong guess. 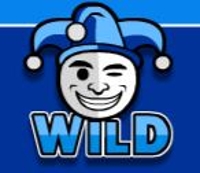 The joker symbol is this game’s wild card and he will stand in for any other symbol to make a winning combo, except for bonus round triggers and cash pot symbols. 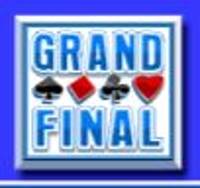 Spinning three, four or five ‘Grand Final’ cards in the main game will trigger the second bonus game. This is again a higher or lower game, but with a pyramid of cards laid out before you. The idea is to work your way from the bottom row up to the top by guessing higher or lower in value than the previous card. Being successful in this will light up a multiplier at the end of each row and ensure that you receive a reward to the value of the main game wager times the multiplier. Of course, the more rows you reach the end of the stronger the multiplication will be. 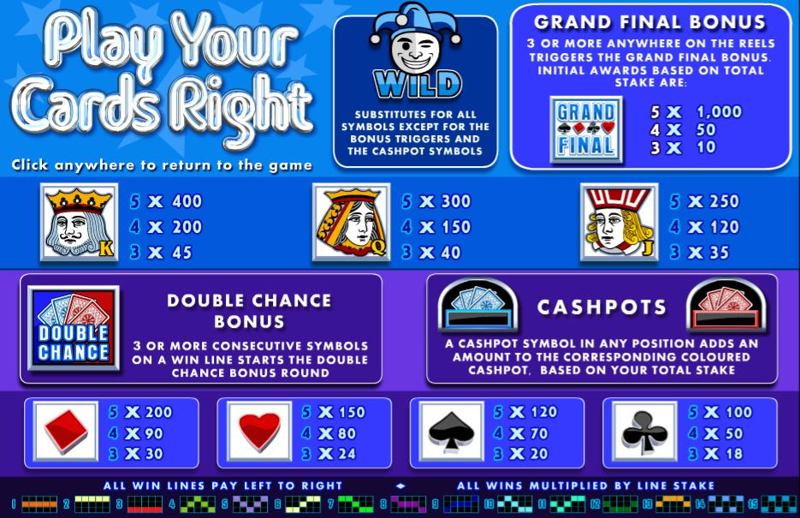 To put it bluntly, while Play Your Cards Right brings all the cheesiness of a television game show to your computer screen, its special features actually make it a great game to play.