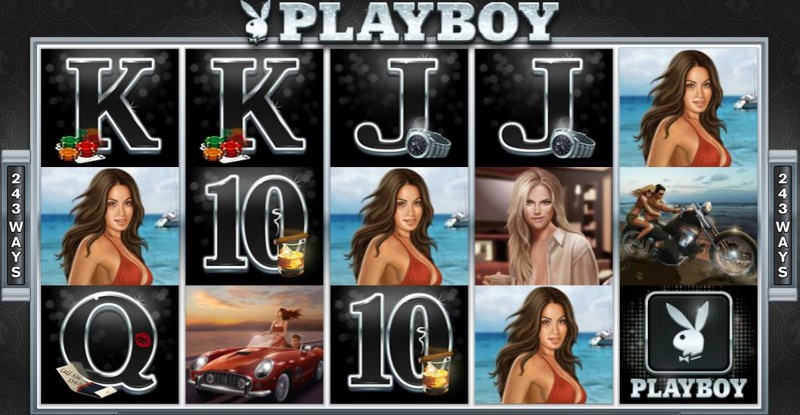 Don’t be coy, we’ve all heard of Playboy. The magazine created by Hugh Hefner has become iconic around the world, transcending the magazine and even the image it holds. As you would expect for a game with this brand, beautiful ladies are prominent throughout, but there is also a focus on cars and elegance.

Microgaming has delivered this 5 reel game that has 243 ways to be a winner. The main element of the game is the fact that there are four separate bonus rounds, each one relating to a specific girl in the game.

The first five times you trigger the bonus round, you get Kimi in the bonus feature. The reward on offer in this round is 10 free spins and a multiplier of 5 times. After 5 times, you get to meet Sofia in the bonus round and there will be 15 spins for free on and running wilds, with players also getting the chance to grab an additional wild for every reel with every spin. After 10 attempts, the Ashley bonus round comes to the fore with 20 spins for free and rolling reels. The game will also provide an increase in the multiplier (between 2 and 5 times) if consecutive wins can be achieved. After this, the Jillian bonus round appears where there are 25 spins up for grabs and there is also the wild night feature to look out for. This feature can see up to all five reels being turned wild on a random basis. 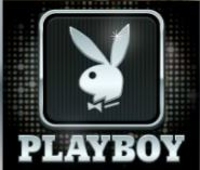 If you are looking for the Wild symbol in this game, be sure to keep your eyes peeled for the world famous Playboy logo. 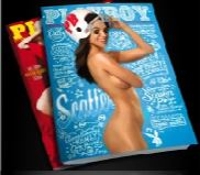 The scatter symbol in the game is a pile of Playboy magazines.

There will obviously be some people that object to Playboy as an idea, and will have nothing to do with this game. That is fair enough, but for people who admire the brand or who have no bearings either way, this slots game is a fine choice for players looking to enjoy a run of bonuses. The four separate bonus features add entertainment for players, as well as providing increased chances to be a big winner. Anyone looking for a reliable slots game will find that Playboy delivers a serious and viable option.