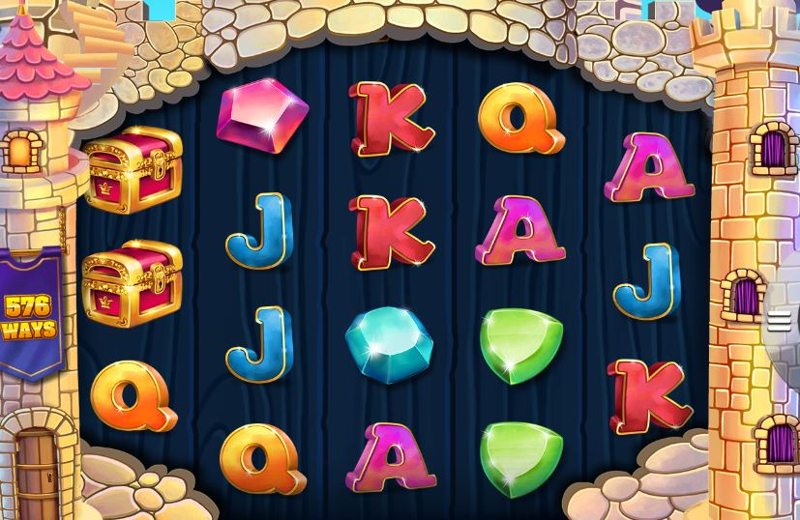 Queen of the Castle must be among the most unconventional online slot games produced by developer NextGen Gaming. We will get to why that it is in just a little bit, but for now let’s have a look at the game’s visuals. The graphics aren’t outstanding, but it works anyway, and the game takes place on the walls of what looks like a fairytale castle. It has the towers, the flags, the winding staircases – the whole package. And of course, there’s also a moat surrounding it, otherwise it wouldn’t be a proper castle. As for the symbols, these feature a number of different precious stones in various cuts and colors. And besides them we have the royal dog, a throne, a bag of gold and the lower value playing card icons.

This now brings us to what makes Queen of the Castle different from most other titles and we’ll start with the layout. You will find it features 5 reels, however, these feature varying numbers of rows. The two outermost ones (1 and 5) each have 3 rows, and the remaining three middle reels (2, 3 and 4) each boast 4 rows. Another unusual thing about the setup is that it comes with a whopping 576 ways to win. Obviously, these won’t be subject to adjustment, therefore the betting range is as it is, namely starting at a minimum bet of 40p per spin and reaching a maximum total of £100 per spin.

Queen of the Castle has a variety of special features in store for players, and one of them is random and can take place at any point during gameplay. As part of this feature, 3 magical vines will appear on the screen and will wrap themselves around the three middle reels 2, 3 and 4. This is the Locked Reels feature, which will result in those three reels spinning together for one spin. Once they stop spinning they will display matching adjacent symbols. 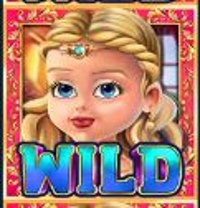 The Queen is Wild on these reels, and as such she will be able to replace any of the other symbols. Therefore, she can help you by completing winning combinations. However, the Wild doesn’t have the capability to substitute for the game’s Scatter symbol. In addition, the Wild can also appear in full reels stacks, which is also great for your winning opportunities. 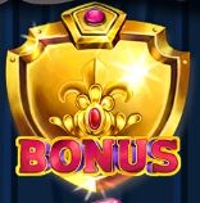 The main bonus feature of Queen of the Castle is the Freespins Round. You can trigger it by landing 3 Scatters on reels 2, 3 and 4, rewarding you with a total of 14 free spins. During this feature, you will be filling the Tower meter by landing Crown symbols. This, in turn, will benefit you with different enhancements, including extra free spins and more paylines. In fact, you can increase them up to an insane 3,087 paylines. 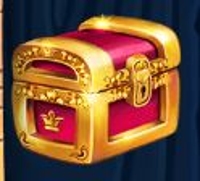 There are two special symbols on these reels beyond the Wild and Scatter. One is the Purple Chest and the other is the Red Chest, and both of these act as mystery symbols. The Red Chest can only appear on the first reel, whereas the Purple one can land on reel 5; and both of these mystery symbols can land in full reel stacks too. If, however, they only happen to land as a partial stack on the reels, the Nudge Feature may trigger, nudging that reel so that it’s fully covered by the respective chest.

If you land the full stack of Red Chests on reel 1 this will result in the elimination of all lower value playing card icons from the remaining reels, and more Red Chests will then take their place. After this, a spin will follow and the Red Chests will reveal a matching higher value symbol.

Now, if you cover the 5th reel with Purple Chest symbols, these will replace all gem icons on the reels, and following a subsequent spin, the chests will reveal one of the higher value icons. 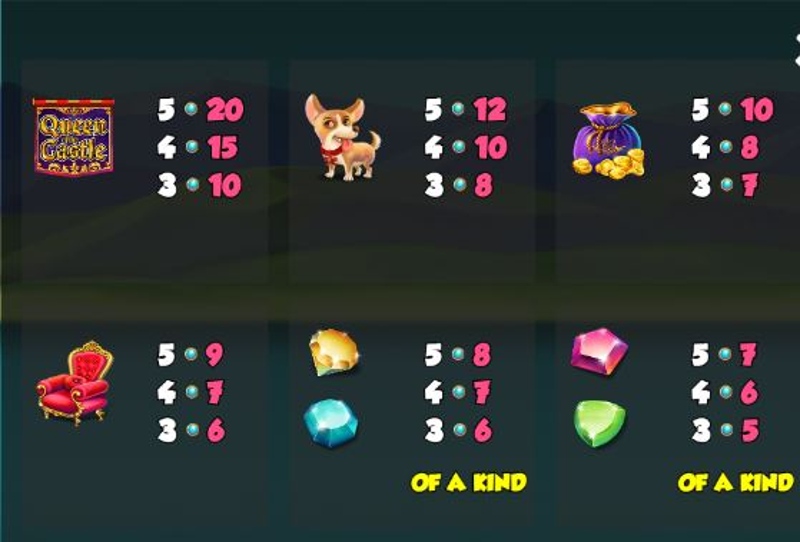 If you’re looking for a different kind of structure, Queen of the Castle is the game for you. It’s unique, has a lot of bonuses and can be exceptionally rewarding.