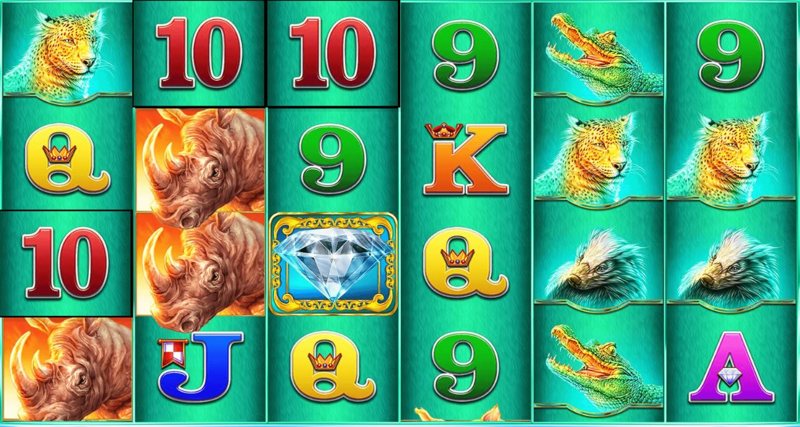 A more appropriate name for this game would be something like ‘Animals of the Serengeti’, considering the rhino is just one of a few select creatures included in the reels. You’ll find cheetahs, crocodiles, warthogs and gorillas all making an appearance as you spin your way through this safari. Meanwhile, screeching birds and grumbling mammals will almost encircle what with the noises incorporated into the gameplay, while every spin will have you envisioning a tribal band ushering you along.

There are six reels and four rows in Raging Rhino, with a total of 4,096 ways to win. The minimum bet is £0.40, while a bet multiplier will times this by two, three, four and up to 150 times, allowing you to place a maximum wager of £60.00 per spin. There’s also an autoplay feature included, allowing you to set the reels spinning non-stop for a total of 10, 25, 50, 100 or 200 rounds. Animal combinations provide the highest payouts in the main game, with the rhino being the strongest.

Raging Rhino’s scatter symbol is represented, quite oddly, by a huge diamond. Apart from failing to see what this has to do with rhinos or animals in general, the diamond will provide an instant boost to your balance when appearing in combinations of three, four, five or six. 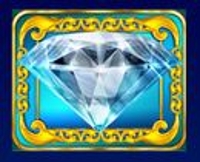 In addition to boosting your payout, three, four, five or six scattered diamonds will also activate a free spins round. Three scatters award you with eight free spins, four scatters give you 15 free spins, five scatters will see you given 20 free spins, while six will provide you with 50 free spins.

If you spin two or more scatters during the free spins round, you’ll receive extra free spins in the same vein as noted before, with two scatters providing five free spins. 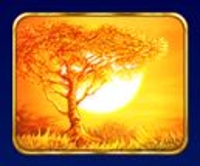 The large tree backlit by the sun on the plains is the games wild symbol, and will appear only on reels two, three, four and five during the main game. It will provide a substitution for all other symbols, except for the diamond scatter symbol.

During free spins mode, wilds can appear on the same reels, but will transform into wild times two or wild times three symbols.

While Raging Rhino might not necessarily be the best name for this game, it really doesn’t matter as you’ll be provided with an entertaining product that features some intriguing special features.