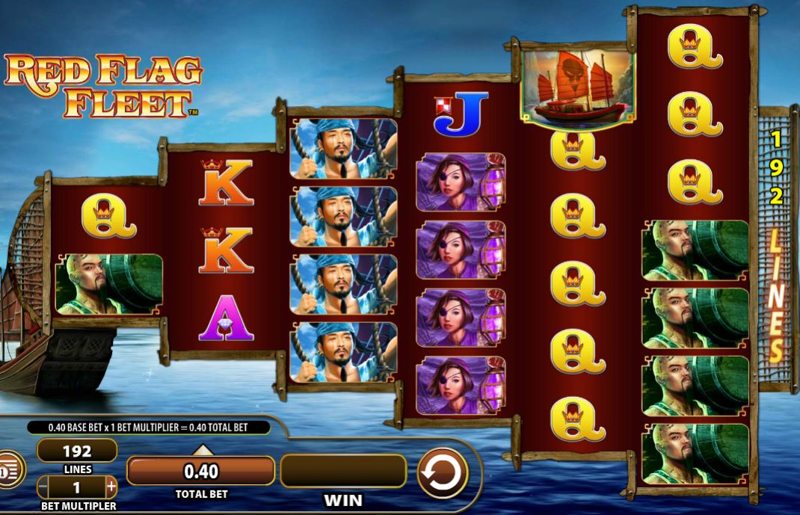 It’s time to come aboard me hearties! Strap on your eye patch, grab your cutlass and weigh anchor with the Red Flag Fleet. The ship’s crew will assist you in your quest towards finding your treasure, with five different pirate symbols on the reels to teach you all the ways of being a valued swashbuckling member of the crew.

The game’s interface is a little different to a standard slot game, providing five reels, but in a triangular flag shape of two rows, three rows, four rows, five rows, six rows and the last one being seven rows tall. This gives the game a total of 192 separate paylines, while the bet multiplier is the only customisable feature when placing your wagers. Minimum bets of £0.40 can be placed across the lines, while a maximum of £80 is available, with many choices of wagers incorporated in between. Throughout gameplay, you’ll have the sound of the ocean spray merged with the creaking of the wooden ship as you sail the waves.

The Red Flag Fleet symbol is classed as this game’s wild symbol, which will stand in for any other symbol on the reels, except for the bonus symbol. During the game’s free spin round, two to three reels will randomly change to wild symbols on every spin, providing greater opportunities for a winning combination to be created. 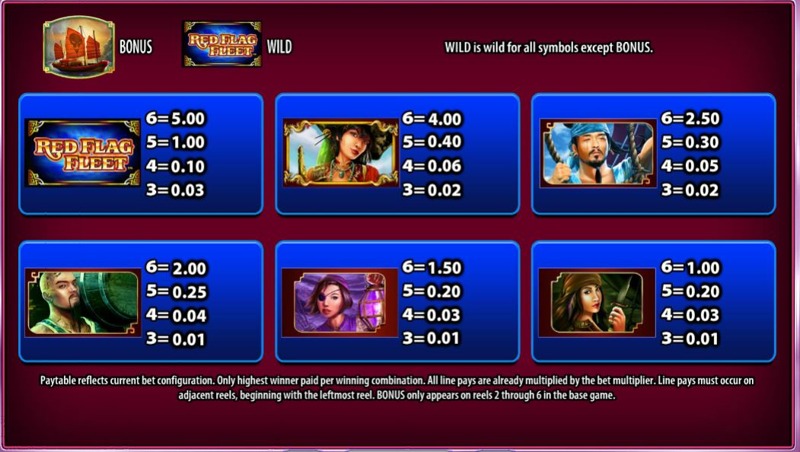 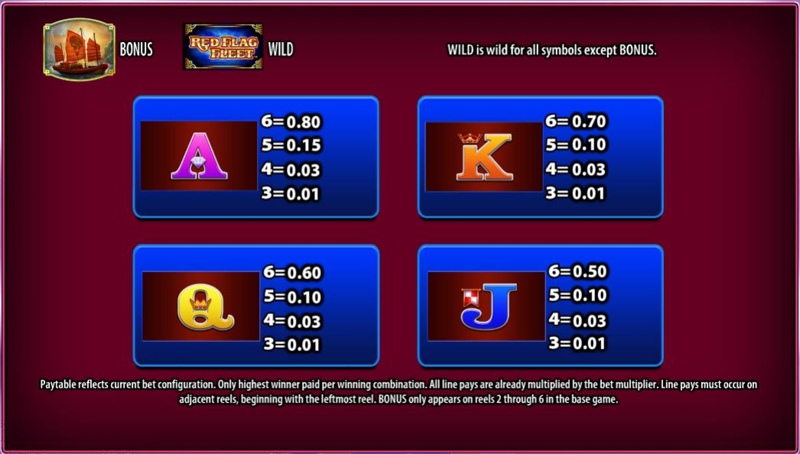 Red Flag Fleet is definitely a beautifully themed game. The unique flag-shaped layout of the reels presents players with a new design to take advantage of, and of course the 192 ways to win is compelling enough to keep you playing over and over again. Add the intriguing soundtrack and the effective background noises and Red Flag Fleet is a welcome addition to the myriad of slot games out there.