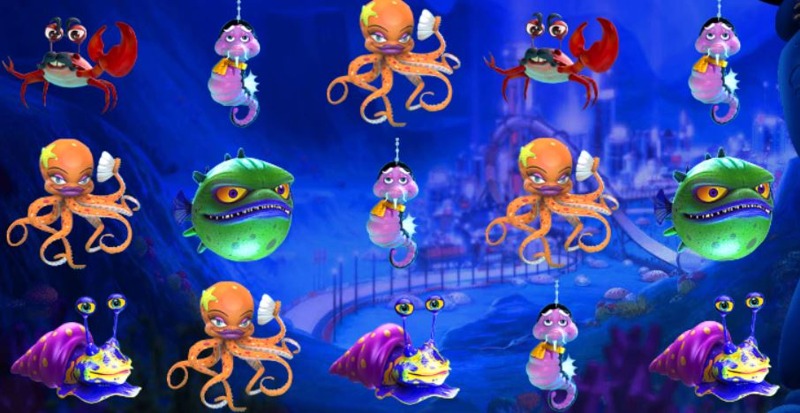 Head over to an underwater amusement park like you’ve never seen before for an absolutely fabulous online gaming experience. Reef Run is brought to you by none other than award winning software manufacturer Yggdrasil, and it has the developer’s name written all over it. We are of course referring to the amazing quality visuals. This title boasts 3D graphics that are virtually popping out of the screen, and in addition to that there are great animated features and a very compelling setting. This game takes you to the bottom of the ocean and within arm’s reach of an entire park with rides and slides in every shape and size. But on the reels you will have your fair share of entertainment as well. The symbols include a variety of charismatic underwater characters such as crabs, octopi, puffer fish, crayfish, seahorses and more.

As far as the layout in Reef Run goes, though, it’s pretty conventional. It features a grid of 5 reels and 3 rows with a total of 20 active paylines to place your bets on. Typically for this provider, the paylines are fixed and you won’t have the possibility to adjust them. This brings us to the game’s betting range, which takes off at a minimum bet of 20p per spin and reaches a maximum bet of £100 per single spin.

Reef Run comes with a Golden Bet option which will cost you an extra 5 coins per spin. In exchange for that additional cost you will get to play a mini bonus when you trigger the Freepins Feature. As part of it, you will have to pick out one of the sea creatures before the freespins, and as the bonus progresses, the sea creatures will participate in a race. They will advance in the race by forming winning combos, and if your sea animal brings in the most coins by the end of the bonus, you will receive a mystery win. The prize can range between 400 and 25,000 coins. 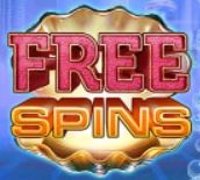 As you will find, there is only one type of special symbol in Reef Run, and contrary to what you might be thinking it’s not the Wild. It’s actually a Scatter symbol which can land anywhere across the five reels, and while it doesn’t offer any payouts of its own, it will be your key to triggering the main attraction in this title – the Freespins Feature.

In order to trigger the feature you will have to land at least 3 Scatters at the same time. This will award you a total of 10 freespins. But trigger the bonus with 4 Scatters and you can benefit from 20 freespins. However, you will make the most by landing 5 Scatter symbols simultaneously which will give you a fabulous 60 freespins.

In addition to that, you will also have the opportunity to gain even more freespins by retriggering the bonus, and you will even be able to do so with only 2 Scatter symbols landing at the same time. They will award you an extra 2 freespins. But there is more, still; wins with any symbol will contribute a multiplier on that symbol’s next win, and those multipliers can be 5x, 10x, and a maximum of 20x.

Reef Run may not be the most feature-packed offering out there, but what features it has you will get to enjoy pretty often. In addition, you will also get to enjoy the wonderful visuals and the great sound effects along the way. However, the variance is in the low to medium range, so the wins won’t be overly dramatic.