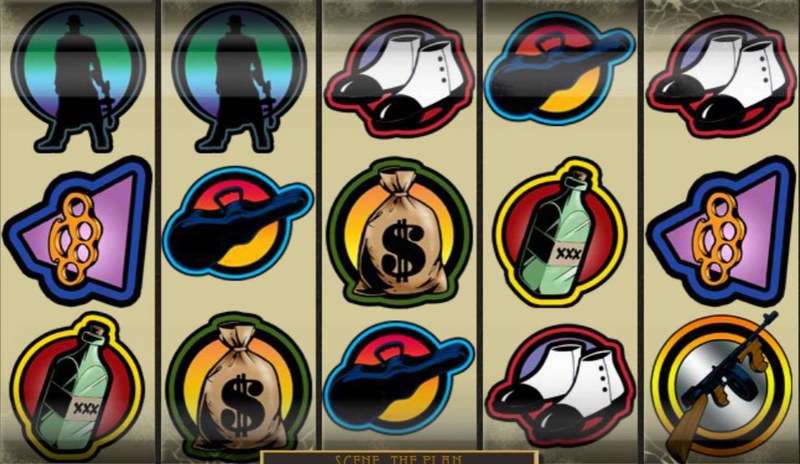 The Art Heist clearly wasn’t enough for Rival’s most famous robbers, because they are now targeting a bank. Reel Crime: Bank Heist requires you to be an accessory in the heist, because the boss needs someone they can rely on. This game makes up another of the developer’s I-Slots, so it is more in depth than a lot of slots with four stages as you advance through the story.

The general setup of the game consists of a five reel, three rows interface with a set of 15 pay lines, although you don’t always have to keep them all operation, you can adjust the active number with the “Select Lines” button at the bottom of the reels. You’re also able to change your bet, first by selecting a coin value between 1p and £1 and then by choosing up to five of those coins to be active per line, giving you the opportunity to place a bet of up to £75 per spin.

The graphics in Reel Crime: Bank Heist are quite impressive, clearly displaying various relevant items in relation to the overall theme. The first four of the slot’s symbols are the brass knuckles, the vintage shoes, the bowler hat, and the truncheon. All of these can pay out up to 200x your bet. There’s also a symbol of a violin case housing a hidden gun, as well as a bottle/petrol bomb. The higher paying symbols come in the shape of the bag of cash and the shadowed outline of the robber – he can pay out up to 750x your bet. 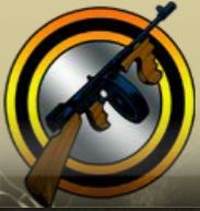 Watch out for the appearance of the Tommy Gun on the reels, because it is this symbol that works as the game’s scatter addition. This means that it is able to appear in any location on the reels offering up pay-outs from any position. If five of them appear, then your bet receives a multiplier of 35x. That’s not the only perk that the scatter brings to this game though, because if you spin three or more of them into view you’ll get to play the Tommy Gun Bonus round.

Tommy Gun Bonus Round – Accessing the Tommy Gunn Bonus Feature will plant you outside the bank you’re about to rob. You are required to make use of the Tommy Gun at this point to shoot at various parts of the scene. By the end of this bonus round, there will be one of two outcomes:

On the Run – Should you end up in the On the Run scenario, you will need to select a coin value first before trying to escape from the police car, with you being in a getaway car. In this round, the police will either catch you or you will successfully escape the heist.

In the Bank – Should you manage to get into the bank with the key, you will need to select a coin value to use for the remainder of the round. The objective of this scene is to hack your way into the vault before a policeman catches up with you. Should the policeman icon appear three or more times then the policeman will move forward, whereas if three or more of the shoe icon show up you’ll move forward. Make it to the end and you’ll go on to the Dynamite Bonus Round, during which you simply need to place sticks of dynamite on one of three vault doors to gain access.

Policeman Catches You – If the policeman manages to catch up with you then you’ll enter into the Caught Bonus Round. Here, you will be asked to do the following: 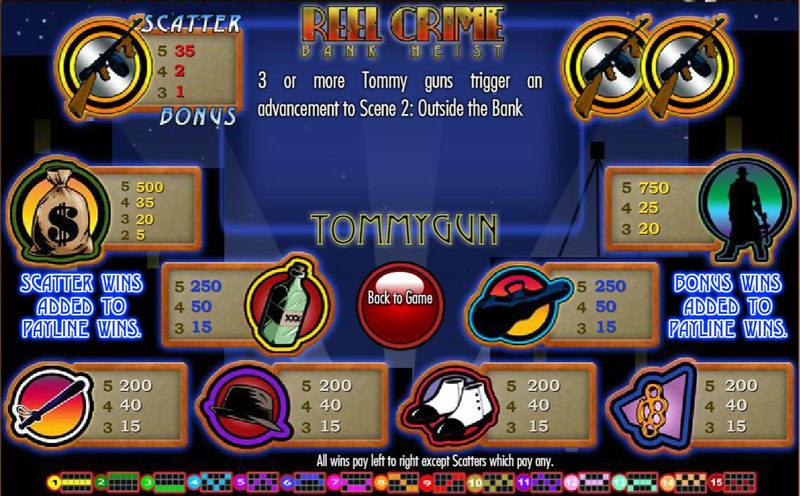 Reel Crime: Bank Heist, like its sister game Art Heist, has so much going on in it that it’s impossible to not enjoy the slot. Graphically it’s a decent achievement, but it’s the special features that really bring this one to life. Bonus rounds, scatters, free spins, multipliers and more will come into effect as you continue the story, which is itself engaging, making this one of Rival’s best I-Slots to date.