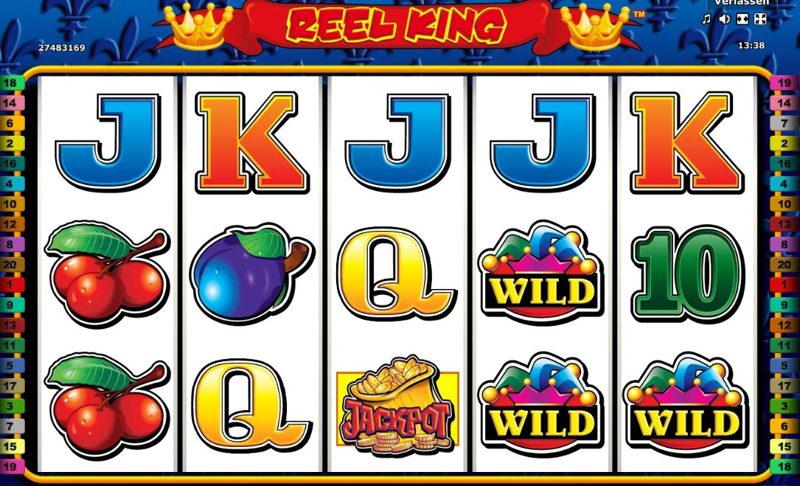 It’s time to take a look back at the slot machines of yore as Reel King features the lesser seen symbols of traditional casino games, such as cherries and plums. In addition, it features standard A, K, J, Q and 10 symbols, while providing one or two added features to gameplay.

Reel King features 20 paylines, all of which are customisable to your own wagering preferences, as are the coin values included in the game. The stake per line starts out at a minimum of £0.01, giving players a minimum wager of £0.20 to place across the whole twenty lines. This can be increased through £0.02, £0.03, £0.04 and upwards until it reaches a maximum of £20 per line, thereby providing players with the opportunity of placing a maximum wager of £400 per spin. An autospin feature is included and can be altered from a single auto-round up to 50 consecutive rounds.

Reel King has its own feature bonus game, and although usually these would be activated by spinning a certain number of scatter symbols or bonus symbols, instead, this one is triggered completely at random giving you no clue as to how or why it started. Once it does activate you’ll be presented with the king character symbol, which appears on up to five symbol spaces. Upon doing so, a mini-slot machine will also appear that spins its own guaranteed wins of the traditional 7 symbol, alongside the main game. This feature stops when you don’t secure a winning combination in the main game. 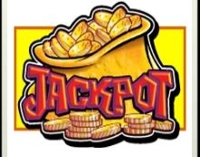 The game features its own jackpot symbol, represented by a huge bag of gold coins. If you’re lucky enough to cover the entire reel with these, you’ll be rewarded with a huge jackpot of 20,000 coins. 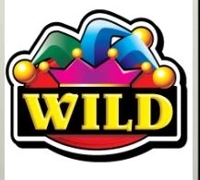 There’s also a wild symbol in the game, represented by a jester’s hat, which will substitute any other symbol to create a winning combination on the reels. 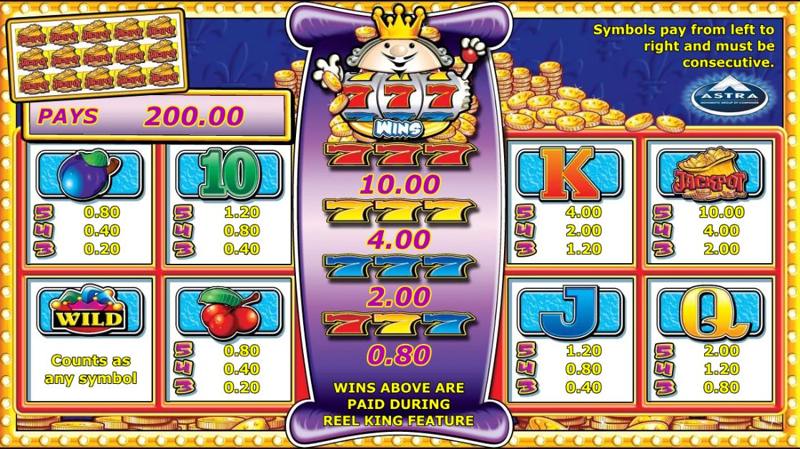 This game isn’t really such an entertaining product considering it’s a standard slot machine with a bonus round that starts randomly. The wild symbols do appear fairly frequently, so they provide some assistance in creating winning combos, but when compared to the many other games available to play out there, Reel King falls short thanks to sub-standard graphics and non-thematic gameplay.