Rocky has to be among the most popular movie franchises in the history of film. There’s hardly a soul out there that has never seen a single Rocky movie. Rocky Balboa himself has become somewhat of a household name, so it’s really no wonder that this title made its way into the ranks of online slot games, as well. More specifically, software developer Playtech has released the game Rocky, and it presents you with the most prominent characters from the entire series. These include Apollo Creed, Adrian, Ivan Drago, Clubber Lang, Paulie, and of course, Rocky himself. Notice that instead of the typical playing cards, the lower value symbols are actually letters that spell R O C K Y, and naturally, these come in the patriotic red-white-and-blue colors.

As for the game’s layout, there is really nothing special about it. It features 5 reels and 3 rows with a total of 25 active paylines. The good news is that the paylines are not fixed so players will have the opportunity to adjust them to their liking, and this, in turn, makes the betting range accessible to penny players as well. Hence, the minimum amount you will be able to bet per single spin in this title is just 1p. and the maximum amount you can wager on these reels is £10 per spin.

Rocky comes offering a number of special features, like for example the un-originally named Rocky Feature. You know those lower value symbols we mentioned earlier? Well, if you can line them up on adjacent reels so you can spell out the name ‘Rocky’ this will trigger the bonus, and as a result of it, you will receive a cash prize worth 5x your total bet. It won’t matter whether you land them on an active payline or not. 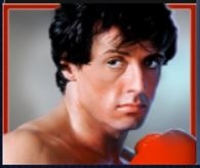 Rocky is the game’s Wild and also the most lucrative symbol on the reels. As such, you can potentially pocket up to a cracking 10,000 times your line bet with its help. In addition to that, it can appear in any position, anywhere on the five reels. What’s more, since it is after all a Wild, it will be able to substitute for the other symbols during gameplay to help complete winning combos. But the Wild will not be able to replace the game’s Scatter and Bonus symbols. 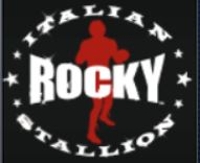 Keep your eyes open for the Scatter symbol landing on all five of the reels during the game. You will have to land it at least three times on the same spin in order to trigger the Freespins Feature, and as a result, you will get to benefit from a number of freespins corresponding to the number of triggering Scatters. Thus, 3 Scatter symbols will award you the minimum of 15 freespins, whereas 4 Scatters will give you 20 freespins. 5 Scatter symbols will grant you the maximum of 25 freespins.

Furthermore, the bonus comes with a 2x multiplier valid for all freespins winnings, and better yet, you can retrigger the feature an infinite number of times. 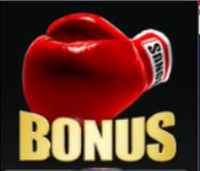 Landing the Boxing Glove Bonus symbols on both reels 1 and 5 at the same time will activate the game’s Knockout Bonus. This is a thrilling and interactive special feature, where you will first need to select Rocky’s boxing opponent. Your choices include Apollo Creed, Ivan Drago, and Clubber Lang.

Next, a 10-round match will follow. Now, the match will always end with a knockout in Rocky’s favor but you will only receive cash prizes for the rounds that he wins, and if he knocks out his opponent before the 10th round then it will be assumed that he won all of the remaining rounds and you will receive payouts accordingly. 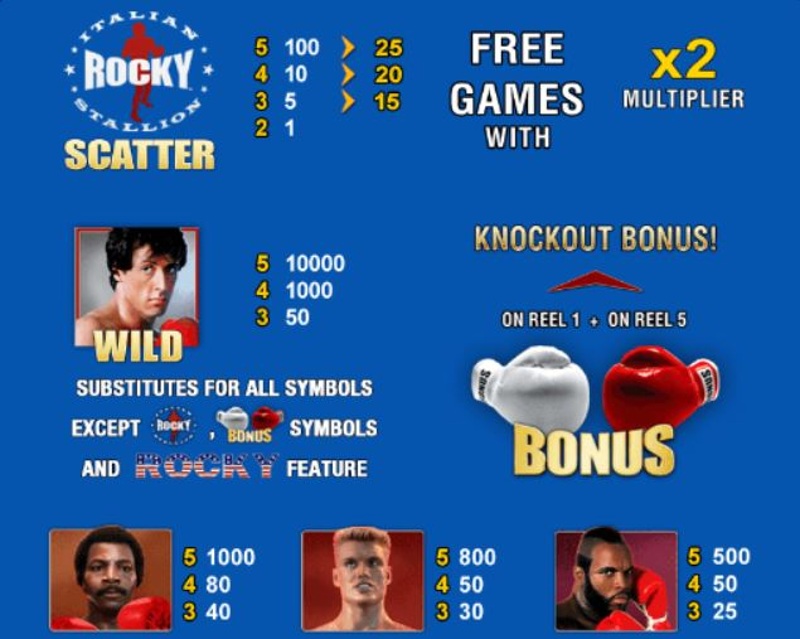 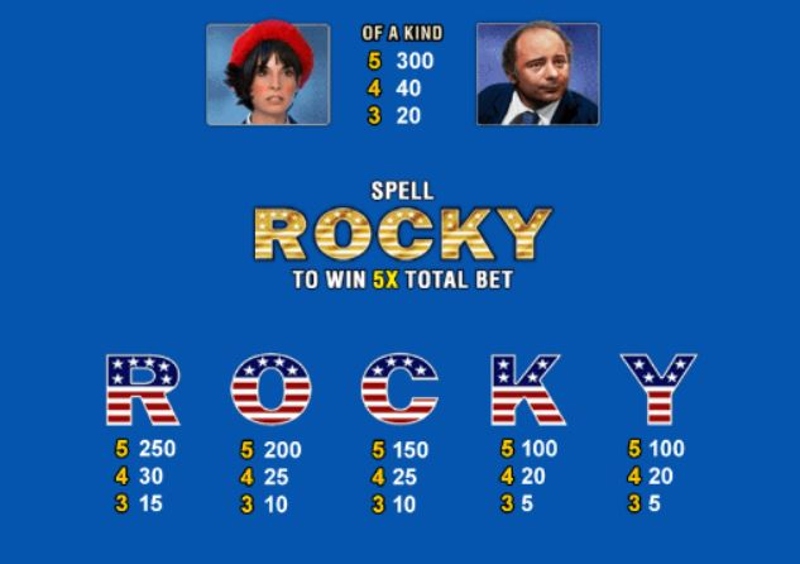 Rocky may not boast fantastic visuals like some other Playtech offerings but it’s a fun title nonetheless. It’s medium variance with great winning opportunities and is highly entertaining.