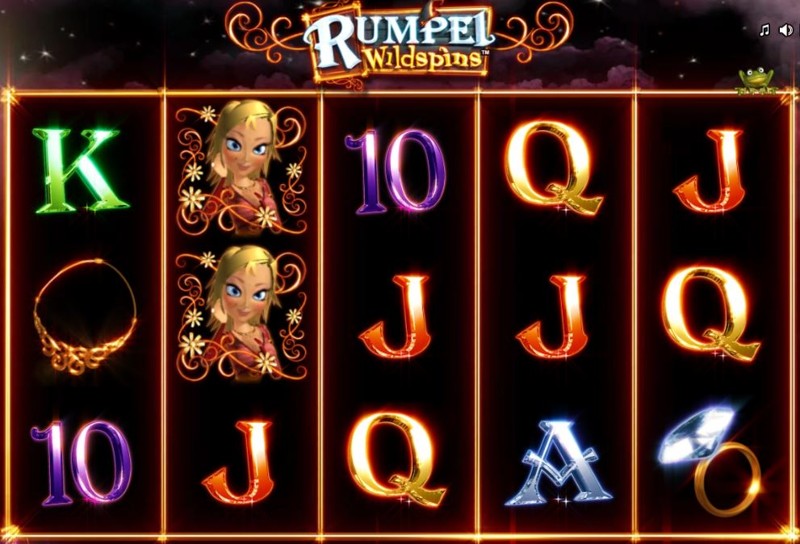 You all know the tale of Rumpelstiltskin, right? Ever heard the tale of Rumpel Wildspins? No, thought not. Well, this game takes all the intrigue and fairytale fun from the children’s story and places it into an interactive game with its own appealing perks. As the story goes, Rumpelstiltskin was able to spin straw into gold thread, and did so for the miller’s daughter, who was imprisoned by the king. However, he only did it in exchange for something of hers, including a necklace and a ring, both of which feature as symbols on the reels. Rumpel himself is also included, as is the miller’s daughter.

Rumpel Wildspins features a five-reel, three row lay out with 20 paylines that are able to be customised to your personal preference. The stake per line can be altered from £0.01 all the way up to £20, giving players the chance to place a maximum wager of £400 per spin. An autospin feature is also included, allowing players to set the reels off on consecutive spins of up to 50 times. 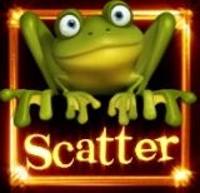 The game oddly features a symbol of a frog, which doesn’t tend to occur within the original story. However, in this game, it features as the scatter symbol. When three or more of these appear during the main game across the reels, you’ll activate the game’s Rumpel Wildspins feature. This provides you with a total of 15 free spins.

Upon triggering the free spins mode, you’ll set the reels spinning 15 times over, accumulating any winning combinations as you go. 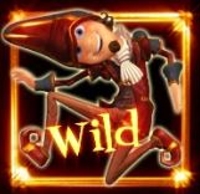 Rumpel himself is the game’s wild symbol, and if he appears on the reels during the main game he’ll act as a stand in for any other symbol, except the frog scatter. During free spins, should the wild symbol appear he will stay in the same position for the remainder of the round and make up winning combinations for you. 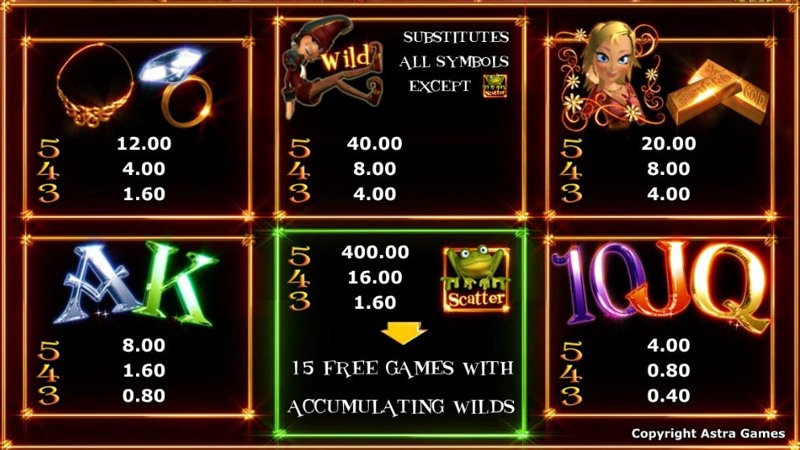 Rumpel Wildspins is an interesting game and features much imagery from the fairy tale. The free spins mode, complete with sticky wilds is a great addition to the product, and the average return to player (RTP) for this game is 95.10%. It’s advisable to mute the in-game sounds as they’re quite irritating after a couple of spins, for sure, but this is a minor grievance.