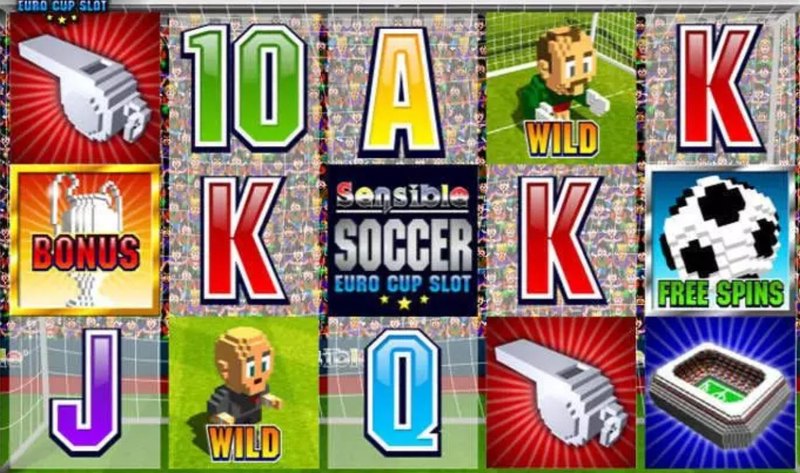 If you’re a fan of football, and let’s face it, a vast amount of people are, then Sensible Soccer is probably going to entertain you for weeks on end. If you are of a certain age and played the video game back when you were younger it will no doubt be a little nostalgic too.

As soon as you access the game, you’re greeted by the roar of a live crowd which only gets more deafening as you score winning combinations. In this game, you’ll get to spin through symbols of whistles, footballs, sports fans and stadiums, amongst others, while the standard symbols are made up of A, K, J, Q and 10.

Sensible Soccer provides players with a five reel, three row game, complete with 25 paylines. These paylines can have a minimum wager of £0.25 placed on them, or a maximum bet of £250 per spin. The game has a plethora of extra features, including scatters, wilds and bonus rounds. 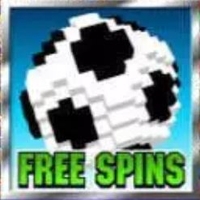 Each of these provide freespins and wild options as follows: 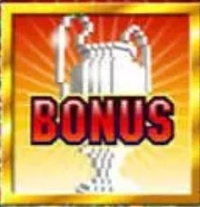 Spinning three bonus cup symbols during the main game will start off a football tournament. This allows you to select from 16 different European football teams, including Juventus, Manchester United, Real Madrid and Inter Milan, each with their own multiplier attached to every game won. You can view the highlights of the matches in full, or skip these and just see the results, if you so please.

If you choose to watch the entire highlights, you’ll see animated footballers running about the pitch just as though you were playing the 90s video game. The round comes to an end when your selected team can progress no further, or when they have won the whole tournament. There’s also a progressive jackpot included in this round as well, which is triggered by scoring more than 10 goals in one of the two-leg fixtures. 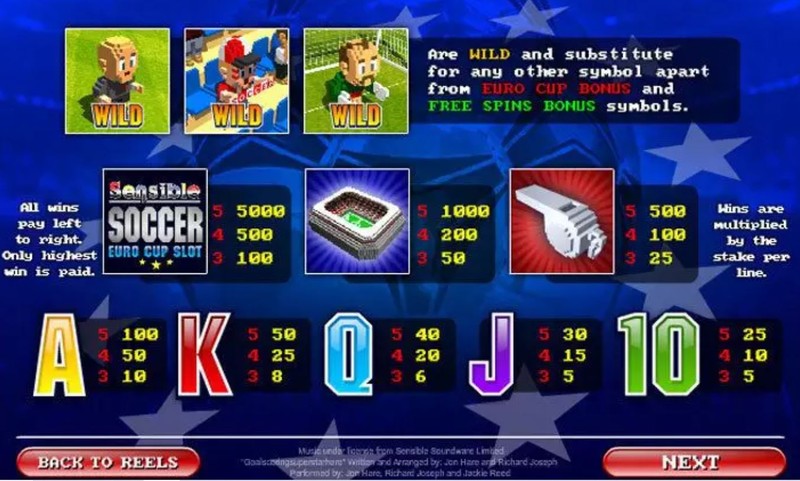 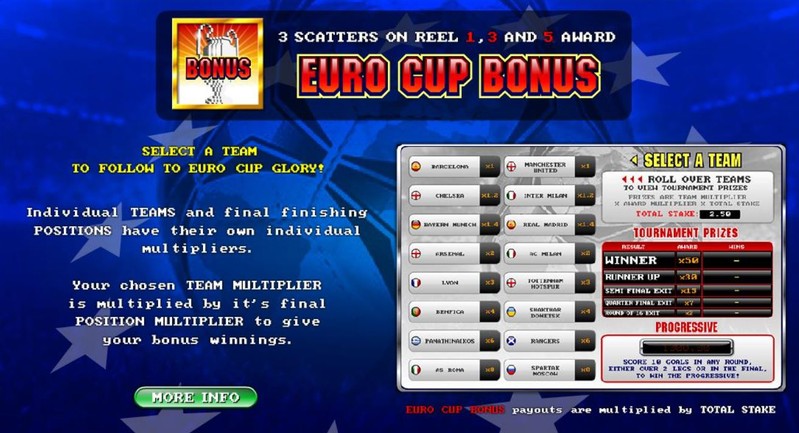 Football fans should delight in playing such a game, especially with the Euro Cup Bonus round providing about as many thrills as a real live game. For us though, the nostalgic feeling of revisiting this classic title cannot be overlooked, and the fact that it is packed with so many additional features only serves to make it more enjoyable on every level.