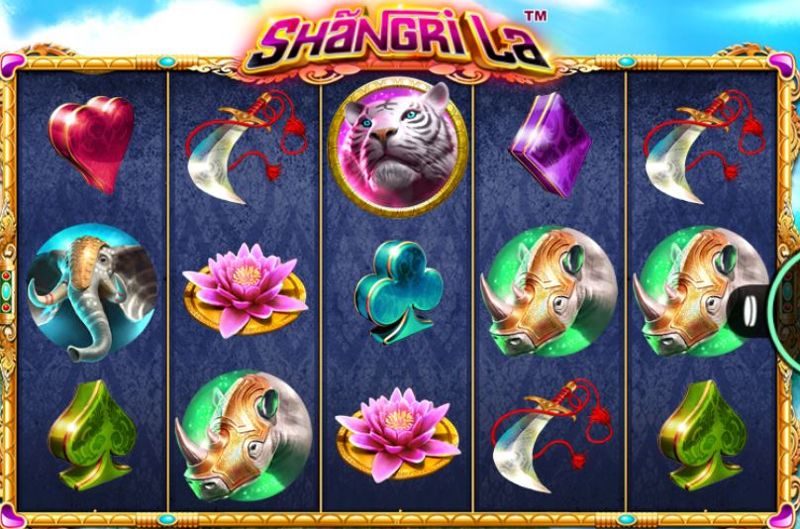 Shangri La is the mythical land that Buddhists believe to be hidden somewhere beyond the Himalayas. It’s a kind of paradise on earth, if you will, and the theme has been taken up by several different software providers with everyone offering their own take on it. However, no one has approached this topic quite like software developer NextGen Gaming. The title still demonstrates a heavenly setting in the backdrop with waterfalls, lush greenery and a peaceful temple standing in the midst of it all; but in addition to all of this there happens to be a female character present, and she is as badass as they come. In fact, at some point you will even see her waiving her machete around like it’s nothing.

This brings us to the game’s layout, which is pretty conventional, featuring a grid of 5 reels and 3 rows. It comes with a total number of 15 active paylines and these will not be subject to adjustments on your part. With this in mind, stakes are a bit steeper than what you’d expect. In fact, the minimum bet starts at 20p per single spin and the maximum possible amount you will get to wager on these reels is £200 per spin.

Shangri La boasts several random bonus features which is great for a diverse and exciting gaming experience. To be more precise, there are exactly three randomly triggered features in this game, and any of them can occur at any point during the game. One of them will add extra Wilds to the reels, another will add extra Scatters, and the third will turn up to all three of the middle reels fully Wild. 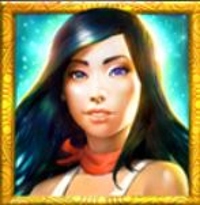 The female character we mentioned earlier acts as the game’s Wild symbol. She only appears on the middle reels 2, 3 and 4, but she can sometimes completely cover the reel she lands on. Furthermore, as a Wild this young woman will be able to substitute for any of the other icons on the reels, and this will make for better winning opportunities. The one symbol that she will not have the capacity to replace is the game’s Scatter. 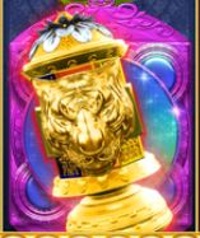 Besides having a number of random features in store, Shangri La boasts several other bonus rounds, too. All of these you can gain access to, however, with the help of the game’s Scatter symbol.  You will have to land at least 3 Scatters at the same time and this will take you to a new screen with a wheel of fortune. The wheel of fortune will in turn reveal your prize, which can be Freespins, Super Freespins, Chest Bonus, or Trail Bonus. 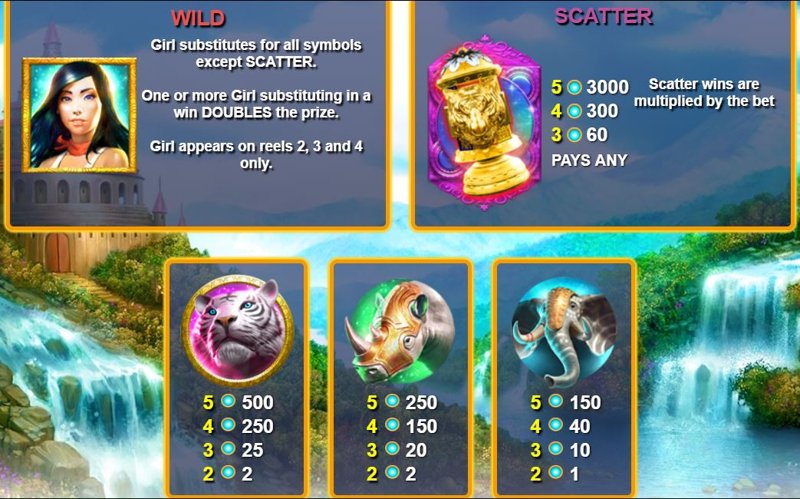 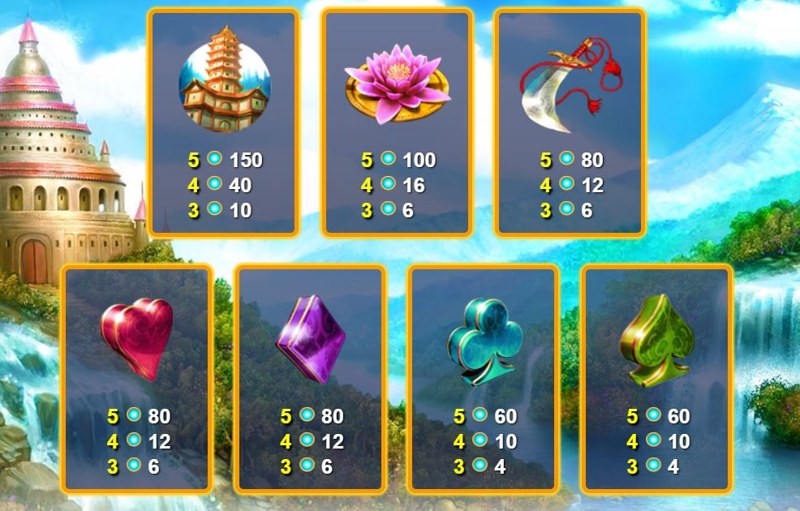 Shangri La is a great medium variance title with so much to offer players. Each of the numerous special features is a good one and can make for nice wins, there is no weak link here.