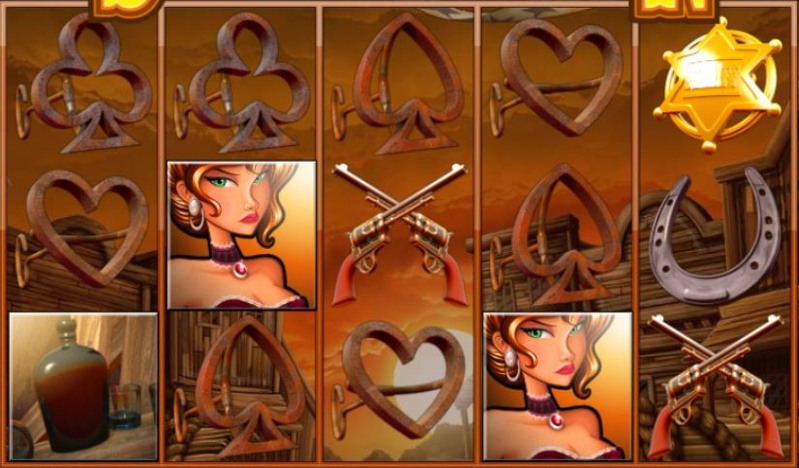 This online slot game from Rival Gaming will take you straight into a dusty Western setting, so you’d better be a good, law-abiding citizen, or else the sheriff might come knocking. So keep your pistol in its holster and put your trigger finger to use on the spin button insead.

The game occurs on a standard video slot layout of five reels and three rows, while 50 pay lines have also been added to it. Smoking Gun also allows you to customise your bet, which is done first of all by choosing a specific coin value between 1p and 25p. Up to 10 of those coins can be brought into play per line, resulting in a maximum bet possibility of £125 per spin.

As well as presenting players with an old West town as background, the symbols upon the reels are all nicely thematic. These include playing card suits designed as branding irons, then comes the crossed over pistols, the tavern wench, the horseshoe, and the various cowboys of the town. The bottle of whisky serves as the highest paying standard symbol of Smoking Gun, rewarding players with up to 2,000x the in-play stake.

Every Western town needs a sheriff watching over it, ensuring that everyone stays within the law. In this slot game, he works as the expanding wild symbol, helping you with creating wins.

This is possible because the sheriff wild can substitute for all other standard symbols on the reels. Additionally, if he is able to form wins on other pay lines and rows, he will expand to cover the whole of the reel that he is on. 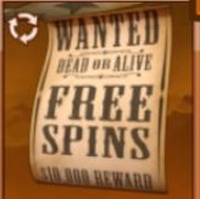 There’s always going to be somebody passing through town looking to start trouble, and the best way to capture them is by sticking up “Wanted” posters, which the sheriff seems to have done already. It’s this poster which works as the free spins scatter symbol in Smoking Gun. Three or more of this one appearing anywhere on the reels will trigger the free spins round. There are three different variations on the free spins round that will be available to play through, which are present in the following formats: 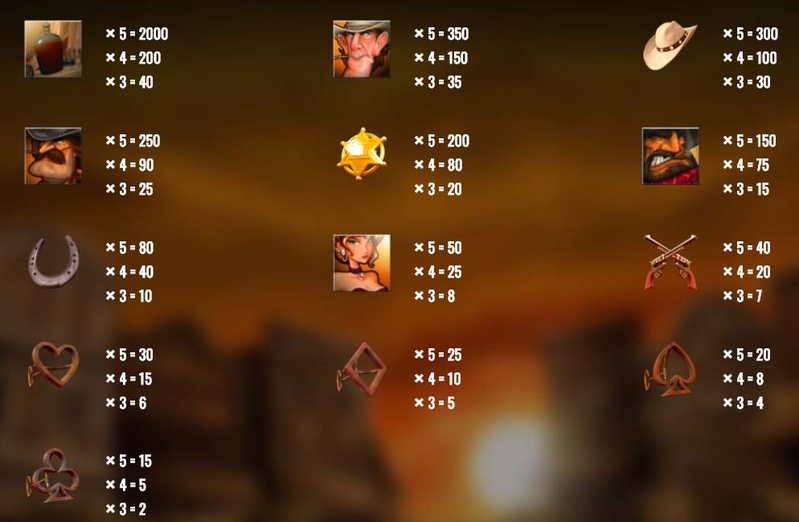 There’s a lot to enjoy about Smoking Gun, starting with the impressive graphics that Rival Gaming has included – this is probably one of their best. When you also consider that it has a wonderful free spins feature for you to trigger, as well as the inclusive expanding wild during base gameplay, it really does stand out. The theme is a fairly standard one that almost all developers have utilised in at least one slot before, but Rival brings something intriguing to it and this helps Smoking Gun to stand out.