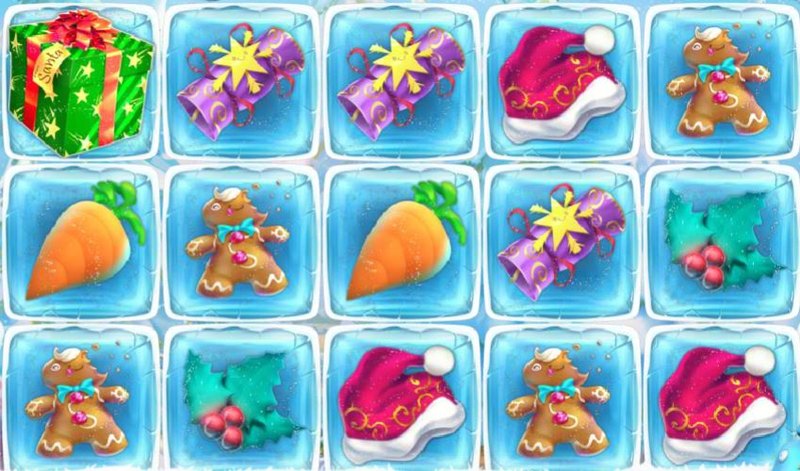 RTG has decided that Christmas should get a rebrand, and Snowmania is their answer. Naturally, you can imagine what this entails before it even loads up; it’s a veritable winter wonderland, with snowmen, blocks of ice, frosty weather, and much more. What’s more, in terms of graphics and animations, Christmas (or Snowmania) has never been in better hands.

Snowmania’s symbols are all frozen in ice blocks, starting with the holly leaves and berries. There’s also the inclusion of the gingerbread man, the carrot, Santa’s hat, and the Christmas cracker. The golden bell also appears as a symbol in the game, while the highest-paying standard symbol is that of the stocking filled with candy canes. This one has the ability to multiply your overall wager by up to 2,500x.

The interface of Snowmania consists of five reels and three rows in total, and this setup is joined by 20 pay lines which are all fixed in position. However, you can change the value of the bet that you bring into play per spin. This is done with the up and down buttons at the bottom of the reels, granting the possibility of selecting from wagers between 20p and £100 per spin.

Crushing Symbols is a feature that takes place every time you form a winning combination on the reels. Basically, any winning symbols are crushed after pays are awarded, which leaves gaps on the reels. This allows new symbols to fall into their positions, potentially creating additional wins on the same spin. At this point, the process will take place again, and this continues until no further wins can be created. Therefore, it’s possible to form several big wins from a single spin of the reels in Snowmania. 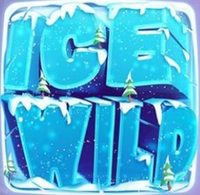 Few slots come without a wild these days, and Snowmania has one of these represented by the huge block words, “ICE WILD”. This one can appear on reels two, three, and four only, but it will substitute for all other standard symbols, helping you to form winning combinations across the reels.

All symbols pay left to right, but you can imagine just how helpful this one can be in forming those winning combinations. 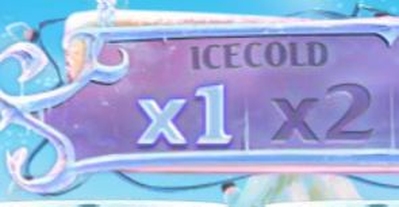 Morphing isn’t usually a word that we would associate with winter or Christmas, but we’re certainly happy to find it in this slot game.

A prize multiplier will build up for each successive set of wins that form from the original spin. Prizes start at a multiplier of 1x, but then they increase to 2x, 3x, and finally 5x as a maximum. 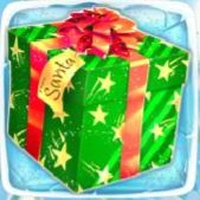 You may notice the symbol of the green gift-wrapped present coming into view on the reels. Whenever three or more of these show up from left to right, a total of 10 free spins will be awarded to you. Coinciding triggers will each award 10 free spins to you, meaning that it’s possible to build up the number of them that you win.

During the round, all prizes are multiplied by three times on the initial win, 6x after the first Crush, 9x after the second, and then 15x from then on. Any re-trigger of the round will provide you with 5 extra free spins on top of your current total. 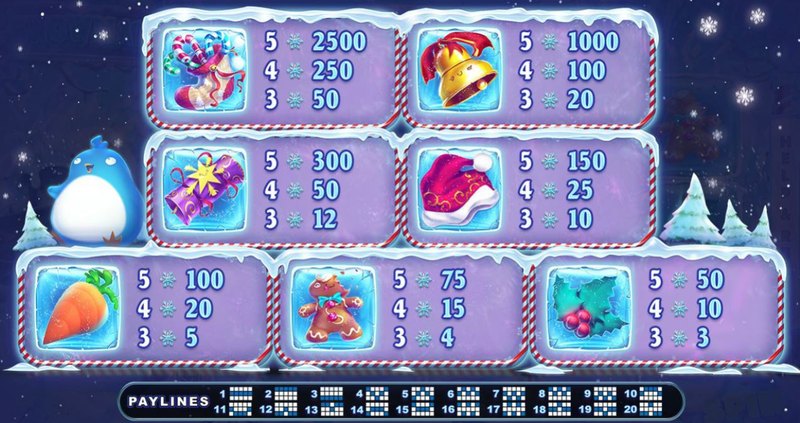 If we’re honest, we love playing the Snowmania slot game. It’s one of the best releases from RTG because it has such intriguing and diverse features running through it. From the crushing symbols to the wild and through to the free spins round and Morph Magic function, it’s really quite the entertaining offering from the developer. When you also consider that the graphics are amazing and you can form several wins from a single spin, Snowmania is one that shouldn’t be missed out on.