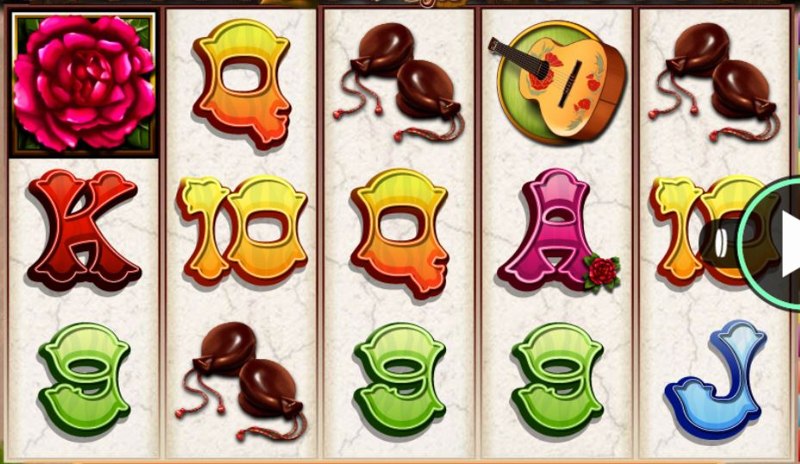 Spanish Eyes is an online slot game by software manufacturer NextGen Gaming. Obviously, the game has a Spanish theme, and it’s done in a classic, traditional Spanish style. The only shame is that the authentic visuals aren’t accompanied by an equally authentic soundtrack. Instead, it’s just the generic sound of practically any other slot game you see online. As for the quality of the graphics, clearly these aren’t the latest, but even despite their dated quality they look pretty nice and are fitting for the theme. The symbols include the common lower value playing card icons, also stylized to fit the Spanish theme, and in addition to them there are various stereotypically Spanish imagery as well. For example, there are guitars, castanets, handheld fans, and roses.

This brings us to the game’s layout, which features the most conventional grid of 5 reels and 3 rows. In addition, it comes with a total of 25 paylines. However, you can regulate these as you see fit. In fact, you will even have the opportunity to lower the number of active paylines to just 1, so stakes are quite flexible in this title making it an acceptable option for penny players. The minimum bet is only 1p per single spin and the maximum bet will set you back £125 per spin.

One of the special features available in Spanish Eyes is the Pick and Win Feature. You can trigger it by landing the Wild symbol on both reels 1 and 5 at the same time. This will activate a simple pick me game and you won’t even have to leave the main screen to play. Simply select one of the two triggering symbols to reveal your prize. You can potentially win a cash amount of up to 100 times your bet. Alternatively, you can also uncover the ‘pick again’ icon, in which case you still have a chance to get a cash win. 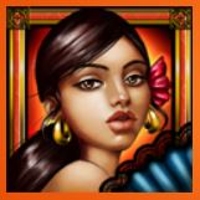 The Girl icon is Wild and also wildly lucrative. With her help you can potentially pocket up to a staggering 10,000 coins. But on top of that, the Wild will also be able to substitute for other symbols when forming winning combos. This will result in it boosting your winning opportunities, especially given that it can land in any position on the reels.

The one symbol that the Wild will not be able to replace, though, is the game’s Scatter. 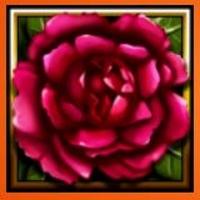 The Freespins Feature is the second and most attractive special feature in Spanish Eyes. To trigger it, be on the lookout for 3 or more Scatter symbols landing anywhere in view. This will award you a total of 12 freespins, and during these freespins you will benefit from a 3x multiplier on all your winnings.

Furthermore, you can even trigger the Pick and Win Game from the Freespins Bonus. In that case, however, the 3x multiplier will not apply to the cash prize. There is also the option to retrigger this feature by landing another 3, 4 or 5 Scatter symbols. 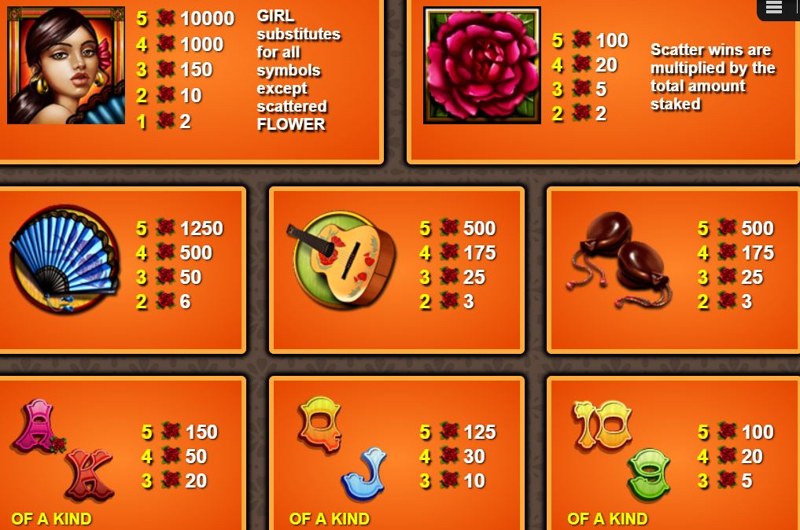 Spanish Eyes is a decent, albeit fairly simple medium variance offering from NextGen Gaming. It will be sure to provide a good balance of wins and at mostly regular intervals.