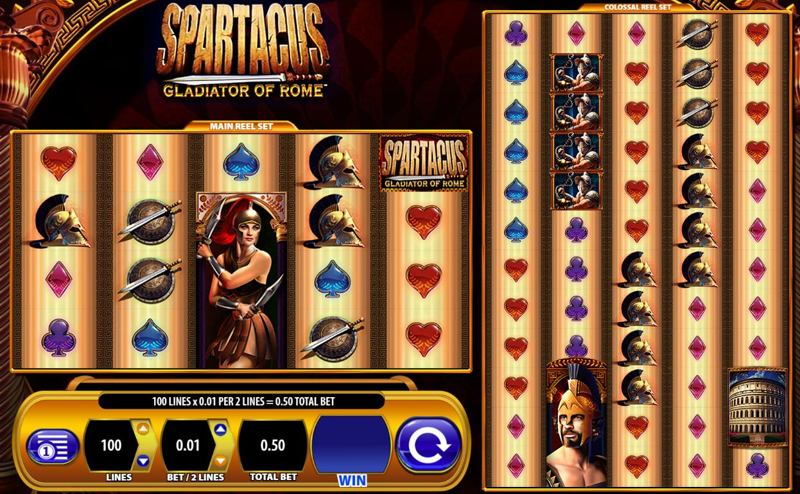 Jump into the Colosseum and do battle with the greatest gladiators in the world, with Williams Interactive’s Spartacus. Re-live the ancient Thracian tale of Spartacus like you have never experienced before, by spinning through reels of gladiator armour, weapons, lions and other assorted symbols including playing card suits. All of this occurs as the distant sound of an ongoing battle takes place in the background, willing you on to victory.

Spartacus provides two different sets of reels, the first with five reels and four rows, and the second with five reels and 12 rows. Players have the choice of wagering on 20, 40, 60, 80 or 100 paylines, while the bet per two lines can be altered between £0.01 and up in increments of a single coin to a maximum of £5.00, although if you want to play this maximum wager, you’ll have to click continuously through single coin increases.

The game features stacked symbols of both a male gladiator and a female gladiator. Both are available on the five by four and five by 12 sets of reels. Spinning these onto the reels in full across three, four or five of the reels provides you with instant large payouts.

The game’s wild symbol is the logo, Spartacus. This will stand in for any other symbol except for the feature symbol and create winning combinations. These also appear more often than not in stacked format, providing extra chances of winning big. 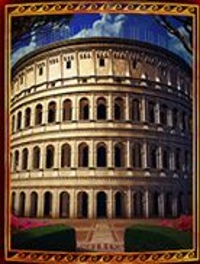 Feature symbols, represented by the Colosseum, appear in reels one, three and five of both the five by four reel set and the five by twelve reel set. Three or more of these scattered across both reel sets will trigger the games’ free spins mode. 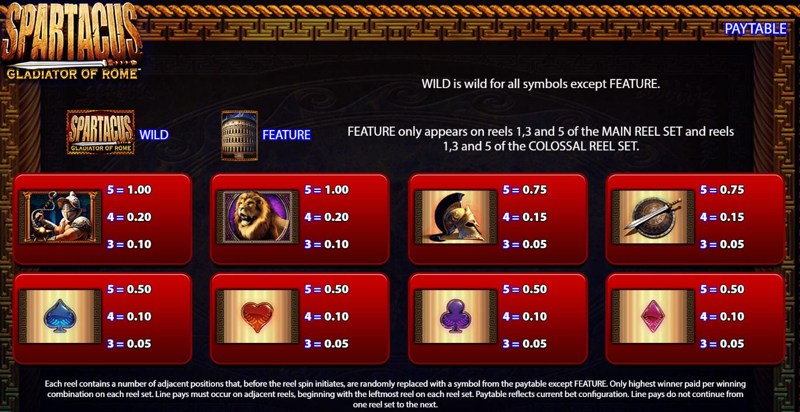 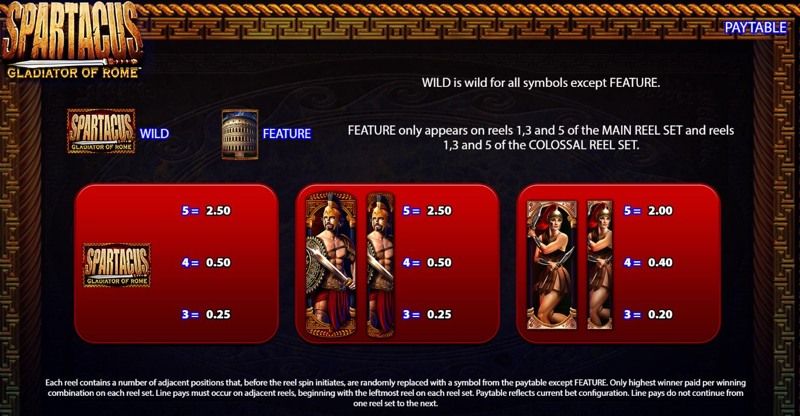 Spartacus may look fairly confusing at first glance considering its two separate reel sets. However, rest assured that this simply gives you more opportunities to spin winning combinations. Graphically speaking, it’s nothing overly special, but the extra features do provide some added perks.