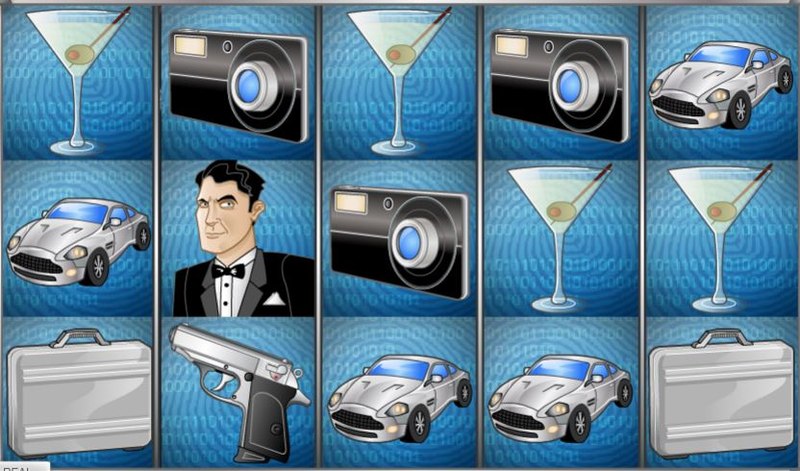 The opening video tells you exactly where this game takes its inspiration from; it’s almost like the opening to a James Bond movie, and that’s not a bad thing. Spy Game makes up another one of the popular Rival Gaming I-Slots, meaning that there’s a great storyline behind it that you can advance through as you continue spinning the reels. So, if you’re ready to go undercover and infiltrate the bad guy’s HQ, Spy Game is waiting for its newest agent.

All the action unfolds on a five-reel, three-row layout, while Rival has also added a set of 15 pay lines too. You’re able to change the active pay lines, as well as alter your bet, which is done first by choosing a specific coin value between 1p and £1. Then, bring up to five of those into play per line for a maximum bet amount of £75 per spin.

Rival has also made sure to include some impressive graphics into the Spy Game slot, ensuring that you have a visually entertaining time while playing it. The symbols upon the five reels are all very thematic, and include additions like the briefcase, the martini with an olive, the flashy car and the nuclear missile. There’s also the spy himself and his female companion, and she can pay out up to 800x your stake. 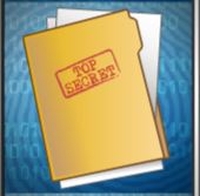 Watch out for the appearance of the Top Secret file, because this is what will provide you with all the necessary information about your target. It will also be of help while spinning the reels of the game, because it is the slot’s wild addition.

This means that wherever it shows up on the reels, it will provide you with a substitute for all other aforementioned symbols. Therefore, it can be quite helpful in forming winning combinations for you.

Every spy needs a handgun that can easily be concealed in an inside pocket or strapped to a leg in case things go wrong. In Spy Game though, the gun works as its free spins scatter trigger. This means that it can appear in any position and still activate the game’s free spins round. Just ensure that three or more of the pistol come into view anywhere and you’ll be given 10 of these.

Additionally, during this round, all winning combinations come with a 4x multiplier attached to them, while wins featuring a wild symbol have a 3x multiplier included. 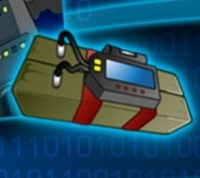 It’s also during the freespins round that you have the potential to assemble a bomb. To do this, you just need to obtain all three bomb parts while free spins are in operation. Once you do this, you will also activate the bonus round of Spy Game.

This will then advance you onwards to the next scenario in the story. For the bonus game in the second round, you’ll need to construct a sniper rifle during free spins, while the third scenario requires you to build your spy car and escape with your female companion. 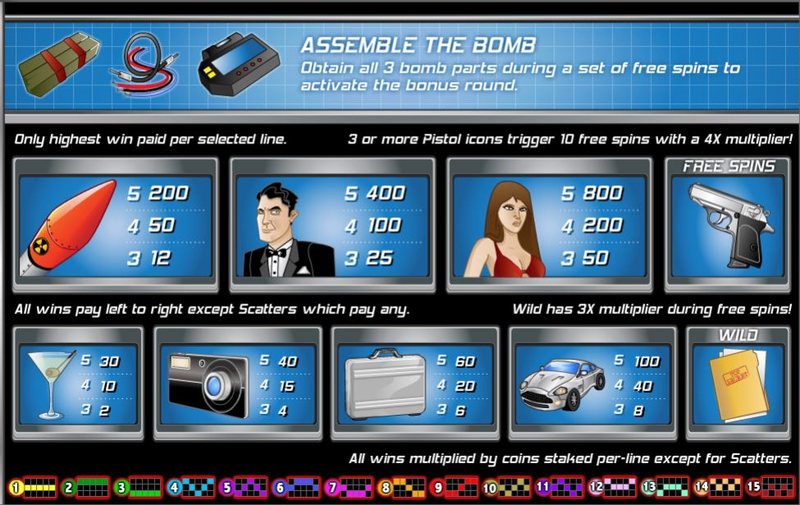 Spy Game has plenty of features for you to experience while you’re spinning its reels, and that’s all part of what makes Rival Gaming’s I-Slots range so appealing. The storyline behind the theme and the overall game is exceptionally entertaining, and with high-quality graphics bumping the entertainment factor, as well as free spins and a wild symbol, how could you turn away from such a slot? On the whole, it adds perfectly to the developer’s portfolio of games.