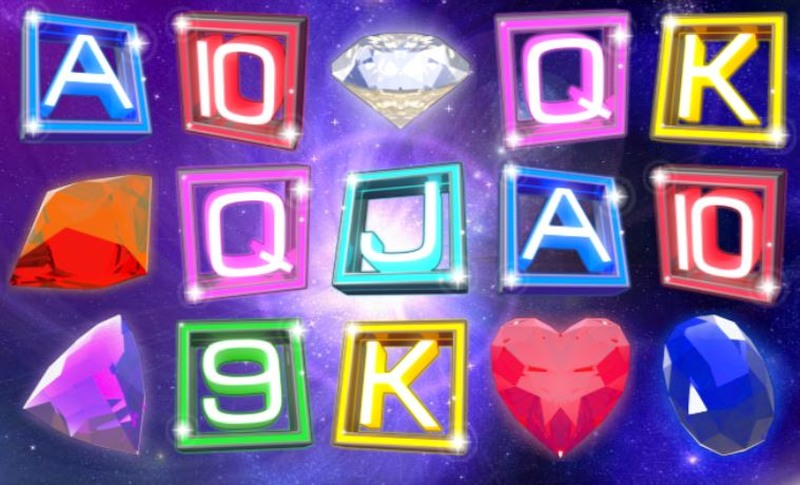 Can you imagine what it would be like if stars were made from multi-coloured jewels? The night sky is already beautiful, but all those different colours would be something else, wouldn’t they? Well, there’s no need to imagine that scenario anymore, because Rival Gaming has created the Star Jewels online slot game instead. These jewels are shining brightly in the quiet night sky and ready for you to join them.

Star Jewels is a slot that features a basic layout made up of five reels and three rows. Across this interface, Rival has also added 10 unfixed pay lines. You’re able to customise your bet with coin values of between 1p and £1 with up to five of those able to be brought into play per line. This means that the game offers up a maximum bet possibility of £50 per spin.

You’ll find that Rival Gaming has also added some intriguing graphics to the Star Jewels game, with the background taking you out into deep space. The first of its symbols are present in the form of playing card additions running from 9 through to A, while the remainder are made up of gemstones of various colours and shapes. The highest paying of these can reward you with up to 1,000x your in-play stake. 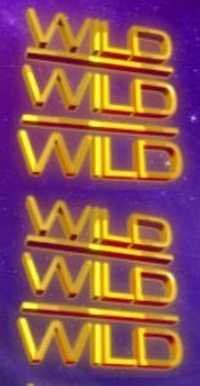 The only other symbol which appears on the reels of Star Jewels is the wild addition. This one is represented by the word “WILD” in a stack of three, which can only show up on reels one and three within the slot. Because of its wild status, it can substitute for all of the playing card and gemstone symbols, thereby assisting you with the creation of winning combinations in the process. Additionally, if it is possible for the wild to contribute to other combinations by expanding across the entirety of the reel that it is on.

There’s a secondary function to the wild symbol, too. You see, all wild symbols are sticky, meaning that if one shows up and forms part of a win, it will also trigger a re-spin. During this re-spin, all instances of the wild will remain stuck in the same position and continue forming wins. If extra sticky wilds appear after the re-spin, then additional re-spins will take place. This will continue until no further wins can be formed, meaning that a single appearance of a sticky wild can provide you with multiple winning pay-outs in one go. 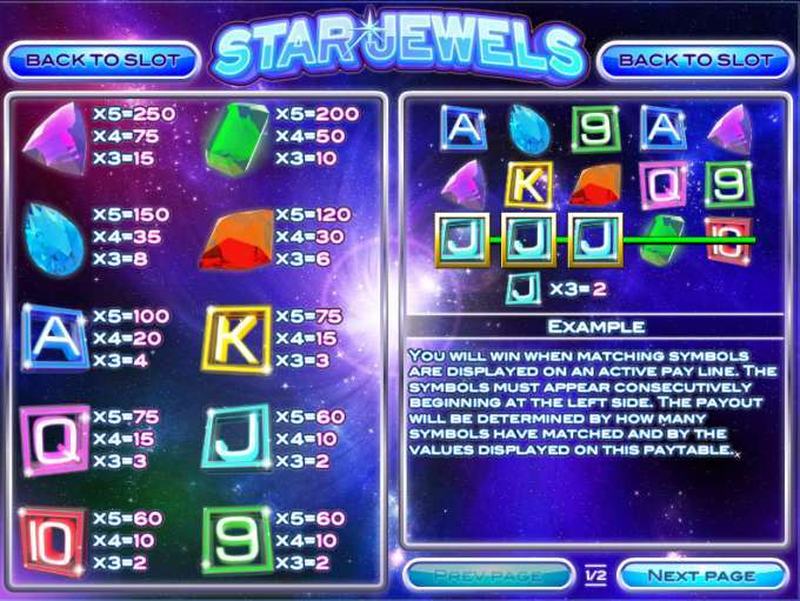 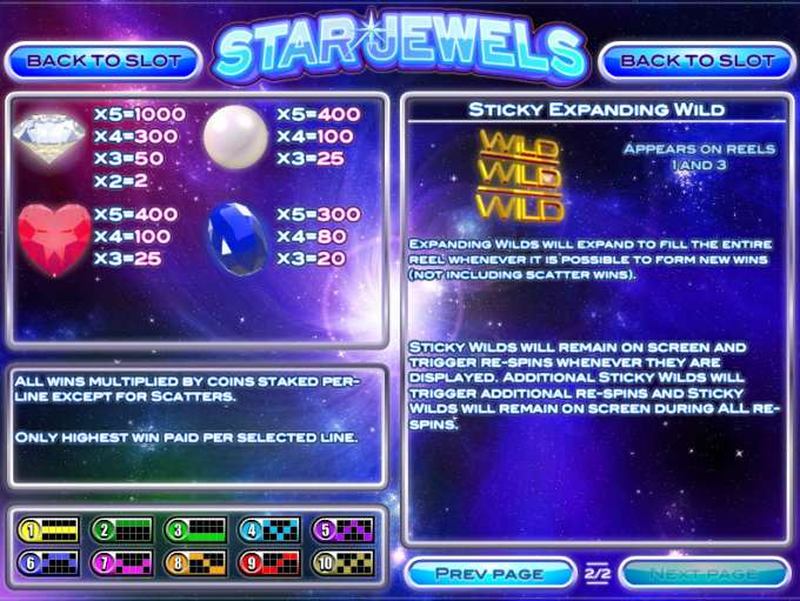 Star Jewels may not have a plethora of special features built into it, but the sticky expanding wild can turn up quite frequently and provide you with an entertaining experience and plenty of rewards to boot. Graphically, the game is well-designed while the overall gameplay of this slot is pleasantly smooth and easy to get to grips with. Overall, it’s a decent game for Rival to have in its collection and a peaceful one to play.