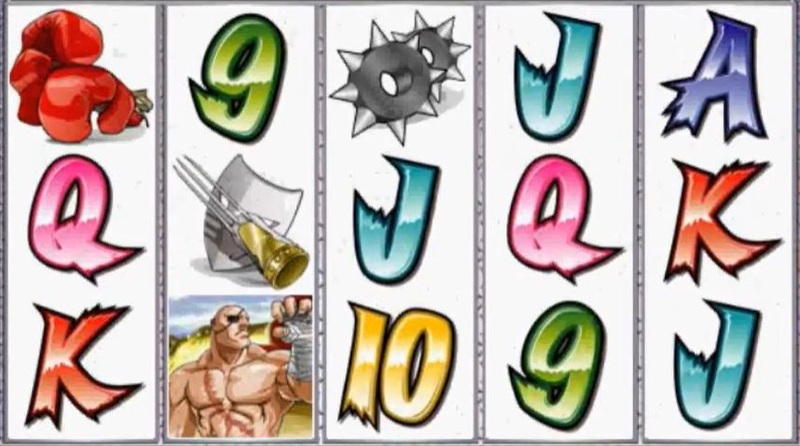 If you were an 80s kid, you’ll no doubt remember the storm that swept across the gaming world that was known as Street Fighter. Since its first inception, the game has gone from strength to strength, with new Street Fighter video games being released even to this day.

The slot version of the game though, created by Cryptologic, would see you transported back to those good old days of gaming in the 90s, with its Street Fighter II proffering. This comes complete with nostalgia-inducing arcade music and several of the main characters, including M Bison, Ken, Ryu and Chun Li. At the start of the game, you get to choose which fighter will do battle against Bison, with the three previous street fighters, as well as Sagat and Guile all being available.

The game will then provide you with a five reel, three row interface to spin the reels on, as your character stands across from Bison at the other side. A total of 25 paylines exist in the game and these can be customised depending upon how many lines you wish to play. The stake per line can be altered from the minimum of £0.01, up to the maximum of £5.00, thus giving you a maximum wager across all 25 lines of £125. 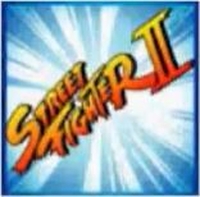 Scatters appear in the game, represented by the Street Fighter II logo. These will payout increased multipliers, depending upon how many appear on the reels. 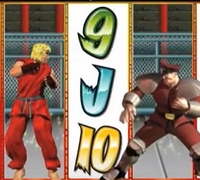 This feature is triggered when your chosen character symbol appears on reel two and Bison appears on reel four. This leads you to a battle, where your character will stand on the second reel, acting as a stacked wild, and Bison will stand on the fourth reel, acting in the same way. These will substitute for all other symbols, except scatters. The first, third and fifth reel will then start re-spinning, and certain icons will be added to symbols as you do battle. 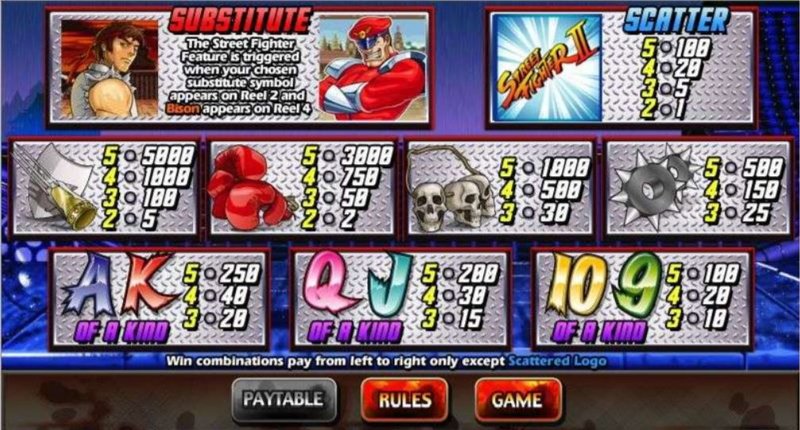 Street Fighter II is a great game if you’d like a flashback to the glory years of gaming. It has many of the arcade game features, whilst also offering up a decent slot machine game.