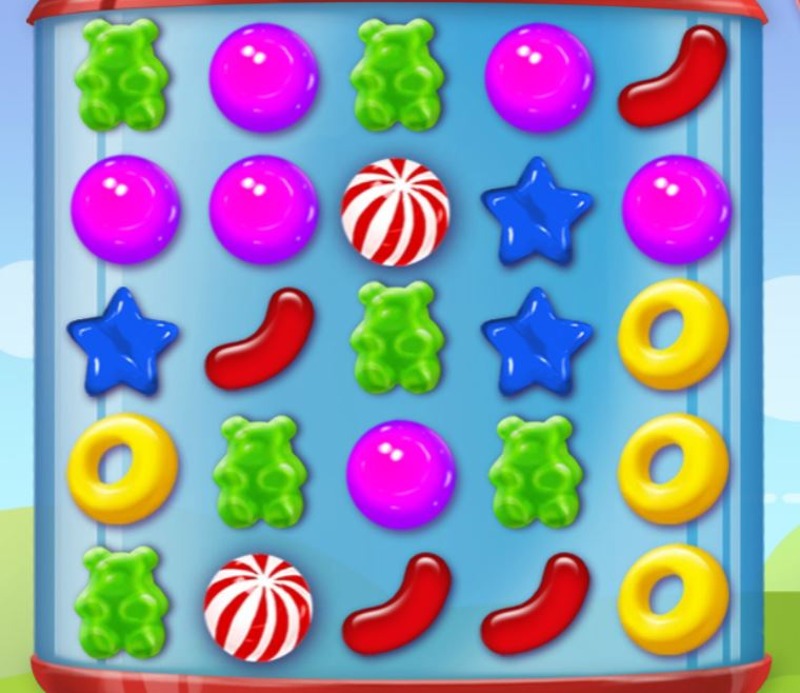 Sweet Party is a rather unusual offering from software provider Playtech. It comes with a unique setup and sickly sweet theme that will transport you back to your childhood. Do you remember those candy machines, where you would have to put in a coin, turn the mechanism and wait for the machine to release your reward? Well that is precisely where Sweet Party takes place, and in the machine (or rather on its reels) you have a wide variety of treats. There are gummy bears, jelly beans, gum balls, stars and others. The graphics are pretty basic, though, so there will be none of the 3D visuals or cool animations.  In the backdrop you can make out the vague representations of white clouds in an otherwise clear blue sky and pale green hills. In addition, there’s a very quaint, unobtrusive soundtrack to accompany gameplay.

But now let’s move on to the setup, which we already pointed out is rather unusual. For one, the layout features a symmetrical grid of 5 reels and 5 rows, and what’s even more interesting is that there are actually no paylines. Instead, in order to form winning combinations you will have to land at least 5 matching symbols adjacent to one another, and obviously, the more matching symbols you have in a combination the higher your payouts will be. As for the betting range in Sweet Party, it’s a pretty conservative one and not a very friendly one either. The minimum bet is a steep £1 per single spin, and the maximum amount you will be able to wager per single spin is £10.

In Sweet Party, gameplay revolves around the way you form winning combos. With that in mind, we should point out that there are no special features.

What you should be focusing on in this title is landing as many matching symbols in adjacent positions as possible. If you have a look at the paytable you can potentially get up to 16 identical candies and even beyond that on the reels per spin. Obviously, this will rain some massive rewards down on you. 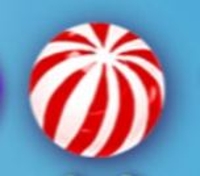 One symbol stands out in particular and that is the red and white striped candy. It is the most lucrative on these reels and with its help you can even win the progressive jackpot. As a matter of fact, landing at least 8 of them during the same spin will already award you part of or even the whole progressive. The amount you receive, however, will depend on your stake. 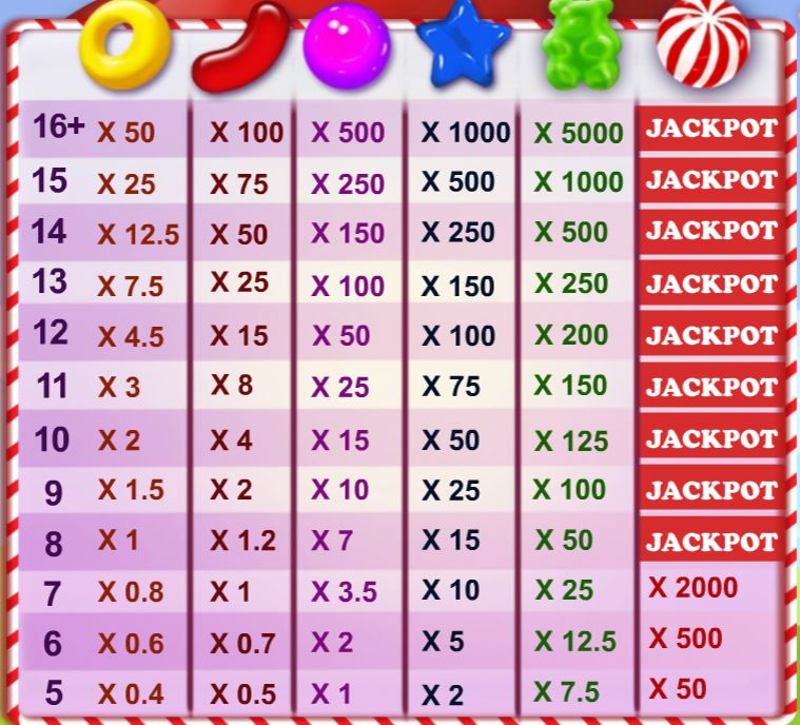 Sweet Party is very simple and very straightforward, but it certainly isn’t meant to cater to every player. The stakes are pretty high, but in all honesty the rewards can be much, much higher.