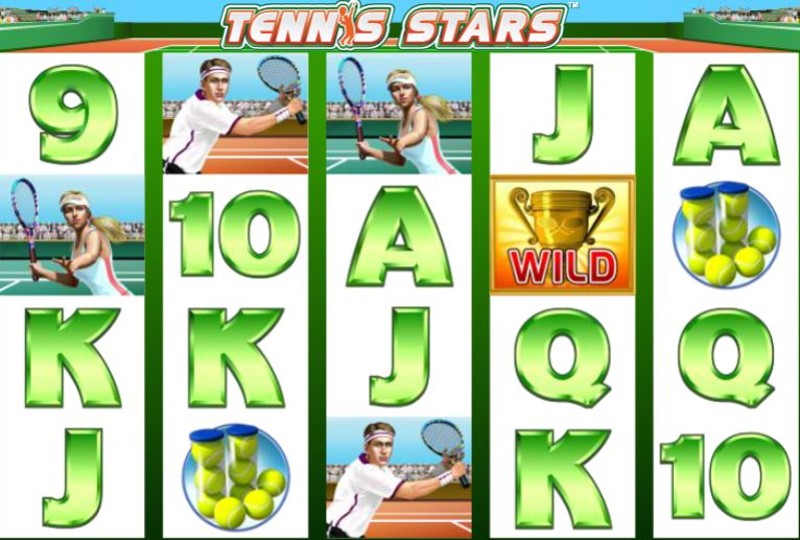 Tennis Stars is a sports themed online slot game by software manufacturer Playtech. , sport of choice is tennis and you will find yourself on a tennis court alongside big stars. Now, we can’t exactly the name the pros on these reels, but one of them sure does look like Maria Sharapova. Anyway, the color scheme here is predominantly just green and white, which might appear a bit boring, and there’s not much to see in the backdrop either other than the tennis court in the distance and the little specks of audience on either side of it. As for the symbols here, they include the lower value playing card icons A, K, Q, J, 10 and 9. The higher value symbols all have more to do with the theme; you will see depictions of tennis balls, tennis shoes, rackets, and the two pros.

This brings us to the game’s layout, which is slightly less typical for the industry. Namely, it boasts a grid of 5 reels and 4 rows and there are a total of 40 active paylines for you to bet on. The paylines are flexible, though, so you will have the opportunity to adjust them as per your own preferences. Even so, the betting range is a steep one that won’t be suitable for low rollers. The minimum bet here is 5p per single spin, but if you want to play with all paylines that’s £2 per spin. The maximum bet will set you back a total of £400 per spin. 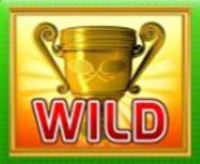 The Wild symbol is one of the two most important symbols on these reels. One of the reasons for this is the fact that the Wild will actually be able to replace any of the other icons during gameplay, and in doing so, it will be able to help complete winning combinations thus boosting your winnings.

However, the Wild does not have the capacity to substitute for the second most important symbol here – the Scatter. In addition to that, you won’t be able to land the Wild just anywhere on the screen. As a matter of fact, it can only appear on the middle reels 2, 3 and 4. 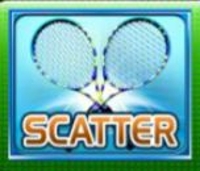 Unlike the Wild, the Scatter symbol can actually land anywhere on the reels during gameplay. But for you to make the most of it you will have to land at least 3 Scatter symbols simultaneously during a spin. This will trigger one of the two available bonus features in Tennis Stars – the Championship Bonus. You get to choose whether to play the men’s or women’s finals in this bonus feature, and after that, you actually get to play a match where you choose the type of serve.

Now, while you will always win the match in the end, what changes is by how many points you win. The higher the win margin is, the better for your prize. In addition, your results will also be better the more aces you serve. In the end, you can potentially score up to 50x your stake with a 5x multiplier on that.

We did mention that there are only 2 special symbols in this title and it would appear we’ve covered them all. So, how does one trigger the Freespins Feature in Tennis Stars? That’s where the Wild symbol swoops in once again to save the day.

If you can land the Wild on all three middle reels at the same time this will award you a total of 15 freespins. What’s more, you get to benefit from a 3x multiplier throughout their duration. Better yet, you can also retrigger the feature an infinite number of times. 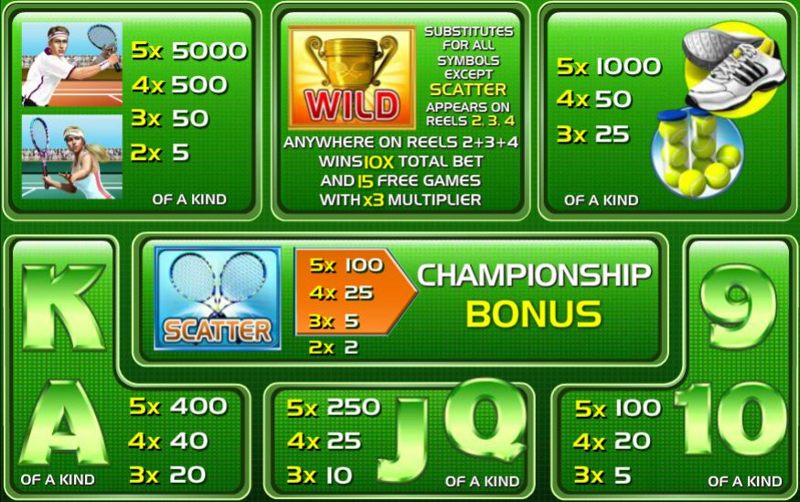 Tennis Stars does look pretty mediocre, but looks can be deceiving. You have a nice amount of special features, including an interactive one for extra entertainment. The only downside is that the stakes are rather expensive.