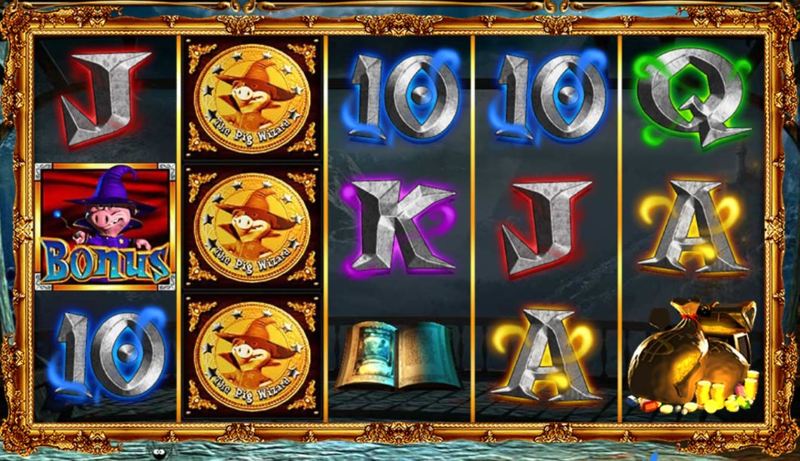 Jump on board this magical ride with The Pig Wizard!

If the conjuring of spells mixed with animals in outfits is your kind of thing (and of course it is), this game will most likely suffice for you. The Pig Wizard incorporates sub-standard symbols like A, J, K, Q and 10 into its reels and merges them with icons of wizard hats, bags of gold, spell books and more to craft an altogether intriguing game. Magical music will propel you onwards with every spin of the reels, while extra in-game features make it ever more exciting.

The Pig Wizard has five reels and three rows, with a total of 20 non-customisable paylines. An autoplay button will allow you to set the reels spinning for a total of 10, 20, 30, 40 or 50 times in succession. The wagers that can be placed start from a minimum of £0.20 and increase to a maximum of £200 across the 20 lines. There’s also a Gold Jackpot incorporated into gameplay, as well as wilds and bonus rounds.

During the main game, the pig wizard may randomly fly on to the reels and turn up to four reels wild, which is nice. 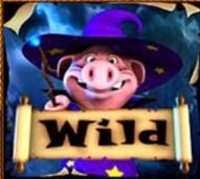 The Pig Wizard acts as the wild symbol in this game, substituting for any other symbol to make a winning combination on the reels. 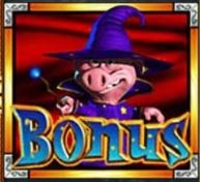 Reels one, three and five act as the hosts for spinning three bonus symbols. Should this happen, you’ll be shown a map with four bonus room locations on it. Selecting one of these will reveal one of the four bonus games, these being Squeal or no Squeal, Trail of Magic, Magic Mirror Spins and Gold Jackpot.

Of course, landing on the Gold Jackpot bonus room will reward you with the progressive jackpot amount shown above the reels.

Several spell books will be shown on screen, and you get to choose one of the books to reveal a prize. You then have the option of accepting the prize offered or exchanging it for a different spell book. A total of five picks are allowed during this bonus game.

This bonus round is almost like playing a board game. You roll the dice and move around the board collecting rewards as you go, including cash, magic potions and crystal ball bonuses. Landing on the toxic green potion will bring the round to an end.

This particular bonus game awards you with five free spins. However, during this round the magic mirror selects a symbol at random which is revealed in every mirror that appears on the reels. Three bonus symbols appearing will reward you with five extra free spins. 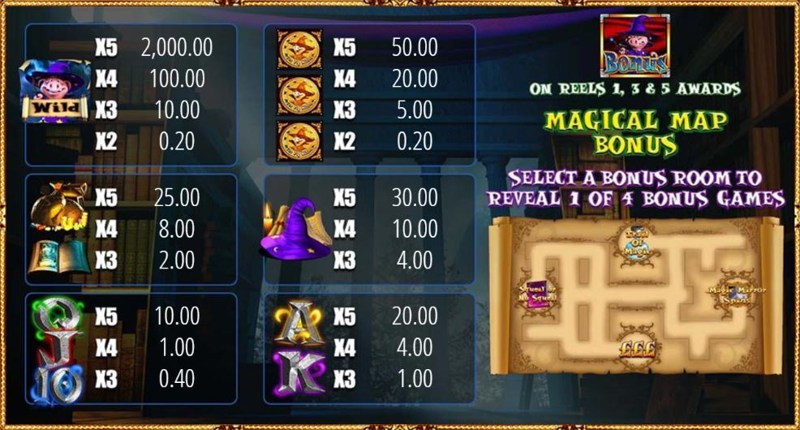 Despite The Pig Wizard’s simple and somewhat childish exterior, it actually provides an entertaining game to play, with multiple extra perks on top. The wacky theme does a lot to make it stand out, and for the right reasons.