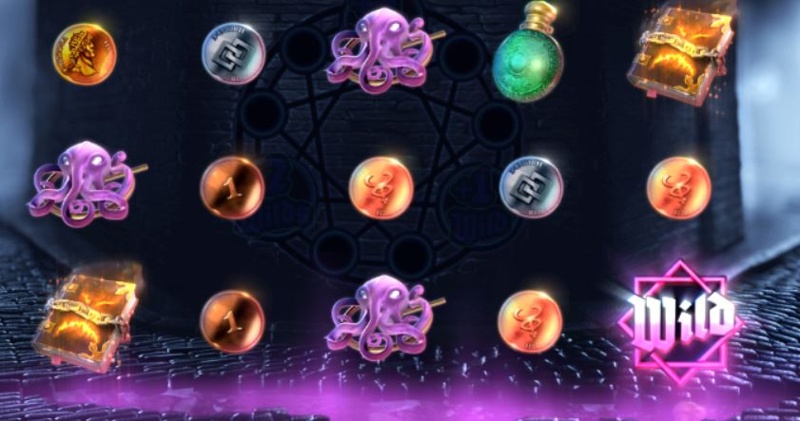 The Rift is an online slot game by software developer Thunderkick and it has a really menacing vibe to it. It takes place at night in some cobble stone back alley in an unknown town. There’s a pretty large crack in the ground emitting a purplish hue, and beyond it you can see a very unsettling drawing or engraving of strange symbols – all connected with lines. In addition, there’s a dynamic and dark soundtrack that enhances that foreboding air. Furthermore, the reels are filled with various artifacts, some familiar, others alien; and the highest paying of these would be the monster book that’s literally trying to break open from its binding.

Now onto the somewhat more mundane aspects of The Rift, let’s have a look at the layout. It features your standard grid of 5 reels and 3 rows. There are 17 paylines for you to place your bets on, however, these are fixed so you won’t be able to regulate them. The betting range is still as flexible as always, though. The minimum bet will set you back some 10p per single spin and the maximum possible amount you will be able to stake on these reels is £100 per spin.

The Rift boasts several bonus features, and any of them can land you some very decent rewards. One of which is the Rift Spin.

To trigger the Rift Spin you will need to land 2 Bonus symbols in any position on the reels during the same spin. This will award you a respin, during which any Wild symbol that isn’t part of a winning sequence will turn into a Sticky Wild. In other words, it will remain on the reels for the duration of the round or until they contribute to a winning combo.

Furthermore, as part of the Rift Spin you can benefit from an extra 1 to 3 extra Wilds in random positions on the reels.

The Wild is very lucrative. In fact, it’s just as lucrative as the book symbol we mentioned earlier. The Wild can land in any position on any of the five reels, and more importantly, it will have the capability to substitute for any of the other symbols on the reels.

Of course, the only exception is the Bonus symbol.

By landing 3 or more instances of the Bonus symbol on any of the reels you will trigger the main attraction in this game, and that is the Freespins Feature. 3 Bonus symbols will award you the minimum of 10 freespins, and if you land 4 Bonus symbols these will grant you a total of 15 freespins. Finally, you can receive the maximum of 20 freespins by landing 5 Bonus symbols.

Throughout the bonus round you will benefit from Sticky Wilds, and these will remain sticky either until the end of the freespins or until they’re part of a winning sequence. What’s more, you also have the chance to gain more freespins if you land more Bonus symbols during the feature. These will give you an extra 5 freespins.

On top of that, each Bonus symbol that appears on the reels will activate 1 step on the Rift Seal. Every third step will also award you an extra 2 freespins, and it will also give you a Sticky Wild somewhere on the reels. 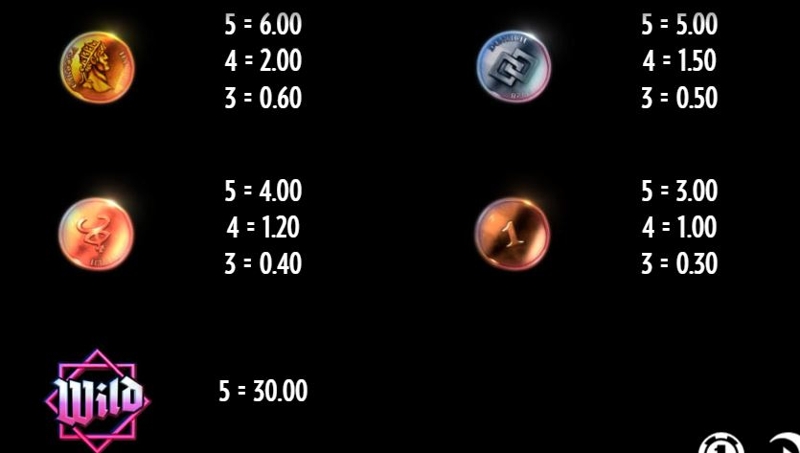 The Rift is yet another great offering by Thunderkick. It balances the high quality graphics and overall tasteful visuals with entertaining and rewarding features. As far as the variance goes, this title would have to be stably in the medium range.