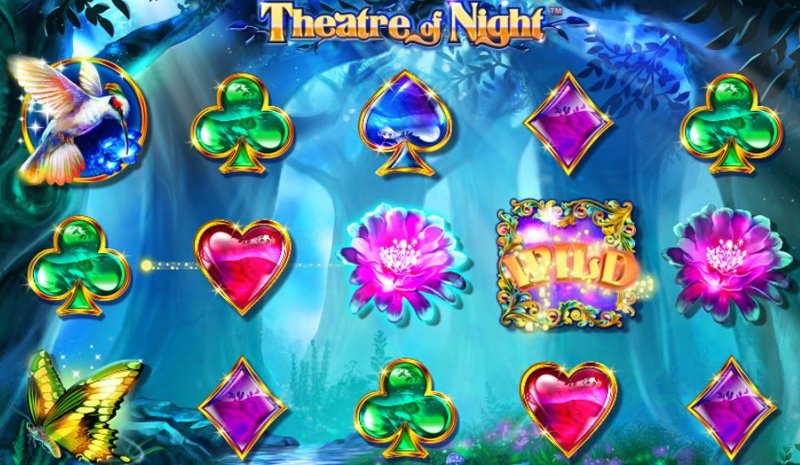 Theatre of Night is an online slot game by software provider NextGen Gaming, and it offers a magical gaming experience thanks to its compelling, fairytale-like theme. Tall, thick tree trunks line a narrow winding walkway in the middle of the woods, and a ghostly glow comes seeping down through the crowns of the trees, illuminating the scene behind the reels. Notice also the fairy dust sparkling ever so faintly on the sides of the screen, and be sure to keep your sound on for the dreamy soundtrack that adds a level of delightfulness to the game. We should also point out that the graphics here are of great quality and could even rival those of other major developers in the industry.

Now as far as the game’s setup goes, the layout doesn’t stray from what’s typical for online slot games. Namely, it features a grid of 5 reels and 3 rows and these come with a total of 10 active paylines. In addition, the paylines are fixed, so this means you won’t have the opportunity to adjust them or set them to a lesser number of active paylines. With that said, stakes here are slightly more expensive than what you might expect; they span from a minimum of 25p per spin up to a maximum bet of £250 per single spin. 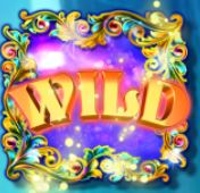 The Wild symbol is the most important icon in this game, as it is also the only special symbol present. In addition to that, it also happens to be the most lucrative symbol on the reels, potentially offering payouts of up to 750 coins.

During the base game, the Wild symbol can only land on the middle reels 2, 3, and when it does land it will be able to replace any and all of the other symbols – no exceptions. In doing so, the Wild can help complete winning combos, therefore increasing your winning potential.

In addition to replacing other symbols, the Wild can also trigger the single bonus game available. With its help, you can gain access to the Firefly Respins Feature, but in order for that to happen you will have to land all three Wild symbols on reels 2, 3, and 4 simultaneously during a spin. This will award you 6 respins, during which reel 3 will become a Stacked Wild.

What’s more, throughout the duration of this bonus round, the Wilds will be able to appear on the remaining two reels (1 and 5), as well. Hence, you can potentially gain even more wins. However, there will be no possibility for you to retrigger this Firefly Respins Feature. 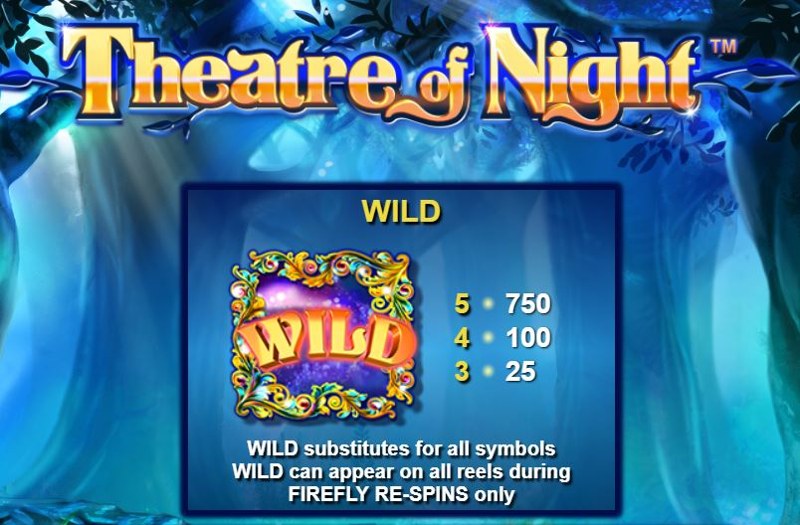 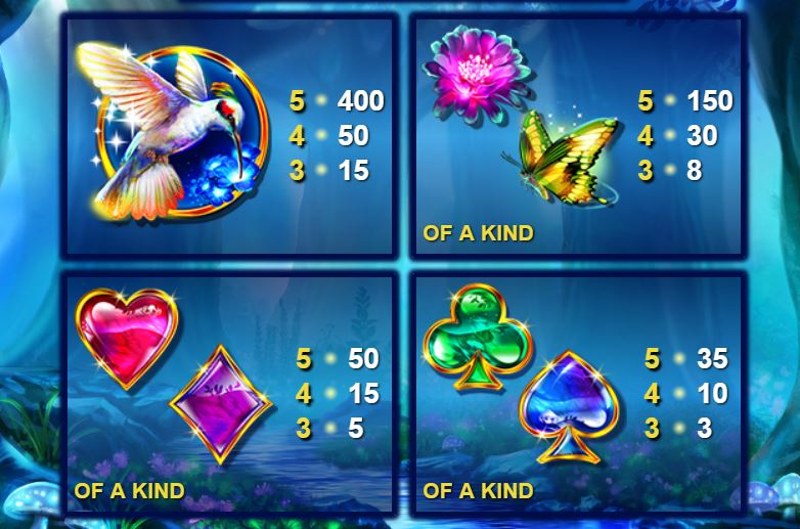 Theatre of Night offers a uniquely mesmerizing gaming experience in addition to pretty good winning opportunities. Gameplay is very simple and it’s clearly all about the Respins Feature with the stacked Wilds. Furthermore, the medium variance will permit you to trigger it at decent intervals and you’ll get to enjoy the amazing quality graphics while you’re at it.