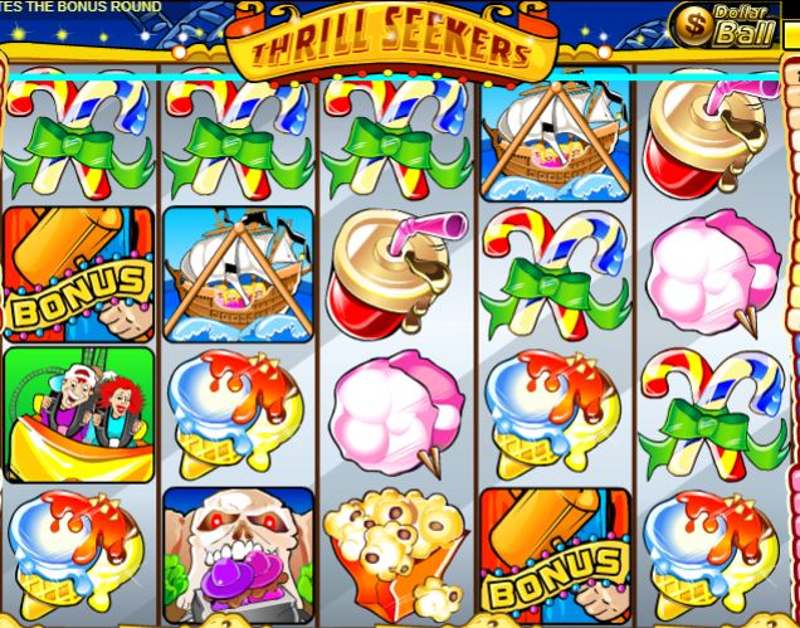 Do you enjoy riding around on rollercoasters? Or perhaps you’re fonder of spinning in circles on a waltzer? How about swinging from one side to another on a pirate ship? Whatever your thrill-seeking scenario, you can bet that this online slot game from Playtech will be appeal to you. The game not only has great graphics, but it incorporates a theme park soundtrack which fits in perfectly well with the Thrill Seekers theme. In the background you will be able to see a rotating carousel as well as rollercoaster tracks and other rides. Meanwhile, upon the game’s five reels you will be able to see its various symbols. The first five of these are its lowest paying icons, starting with the candy canes, the soft drink, and the ice cream. An icon of candy floss can also be found on the reels, as can a box of popcorn. Next come the rides, starting with the pirate ship. The ghost train also appears as a symbol, followed by the rollercoaster.

The layout of Thrill Seekers incorporates a total of five reels and four rows. This operates as a slightly larger-than-average interface, so you’ll get to see more action taking place. At the same time, there are 50 pay lines included in the game. You do have the ability to customise these easily though – use the Lines +1 or Lines +5 buttons to change them around. Additionally, you can change the value of your overall wager by using the plus and minus buttons first in the bottom-right corner. There, you can choose a coin value between £0.01 and £5. You can also change the line bet between one and 10 coins. Therefore, the maximum wager per spin in this slot game stands at £2,500.

Something to remember about this slot game is that it also operates as part of Playtech’s Dollar Ball series. This is a selection of slots from Playtech that are all connected to the same jackpot amount. You’re able to win the full amount of this at random points. 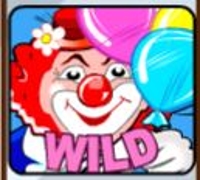 The wild symbol that exists in this slot game is represented by the fun fair clown. As a wild, this one can substitute for any other icon upon the reels, helping you with the creation of winning combinations. The only ones that it won’t stand in for are the scatter symbol and the bonus icon.

If you bring five wild icons into view on one of the game’s winning pay lines, your bet will be multiplied by 10,000 times. 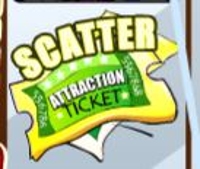 The scatter symbol is present in the shape of an admission ticket. Scatters provide pay-outs wherever they show up, meaning that combinations don’t need to form on a winning pay line. Three or more scatter symbols appearing on the game’s reels will reward you with 10 freespins in total.

During the freespins round of the game, all of your wins are doubled. The only exception to this rule is if you trigger the bonus round. Extra freespins can also be won during this round. 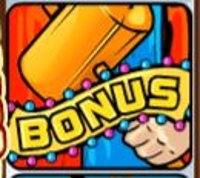 There’s also the addition of a bonus feature, which is activated by the slot’s bonus icon. This comes in the form of the hammer that is used for hitting the fun machines with the bell at the top.

Between three and five of these showing up on a winning pay line will trigger the bonus round. This miniature side game allows you to hammer your way to receiving some bigger and better wins, so your balance can really receive a boost from this round. 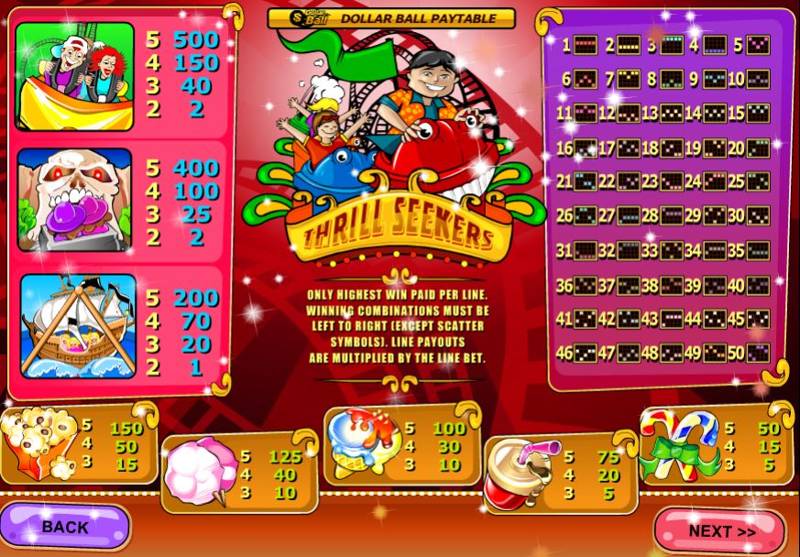 Thrill Seekers is everything that a theme park-aficionado could want from a slot offering. Playtech uses some impressive enough graphics in the game, whilst also incorporating an appealing soundtrack. The bonus features of the slot make it even more of an interesting option to go for, so you can pretty much guarantee a fun time while playing this one.