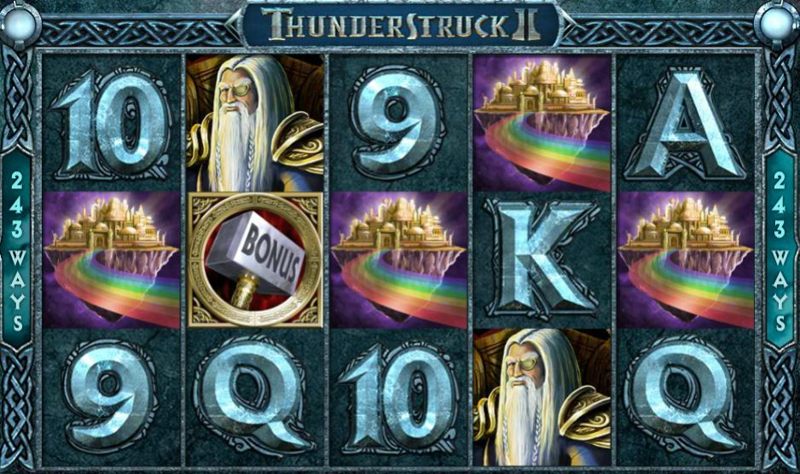 The great thing about Norse mythology is that the stories and characters are so enthralling that they can withstand repeated outings and adventures. This is why the Thunderstruck II manages to be so well loved, despite the fact that the original game is very much a modern classic to this day. If you are keen to see more of Thor and his hammer, alongside all of the other gods such as Loki, Odin and Valkyrie, this is the game for you. As you would expect, the graphics in Thunderstruck II are very much advanced from the original, and are very welcoming to players.

Thunderstruck II is a 5 reel game that has 243 ways to win. The standard jackpot in the game is 1,000 coins which is obviously small compared to some jackpots but there are a lot of other benefits and major prizes to look out for. There is also a fantastic bonus round in the Great Hall of Spins, which genuinely makes a player feel as though they are going on an adventure. This game has the ability to remember your play so your progress in the Great Hall of Spins will be recorded and maintained no matter how many times you log on and log off.

There are four main levels of the bonus round and you need to trigger the bonus a certain number of times to progress through and take on new challenges. The Valkyrie bonus round is available in the 1st to 4th triggers and players will receive 10 spins for free with a multiplier of 5. The Loki bonus comes up on the 5th to 9th triggers and players can find 15 spins for free. There is also the Wild Magic element to look out which will turn symbols into other wilds.

The Thor feature comes into play after the 15th trigger and players receive 25 spins for free and the Rolling Reels element comes into play. This is where consecutive wins are rewarded by a multiplier between 2 and 5 times. 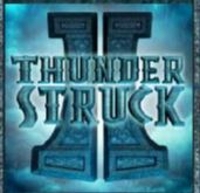 The wild symbol, which substitutes for all symbols apart from the scatter symbol, is the logo. This symbol also doesn’t apply when the Windstorm feature has been initiated. 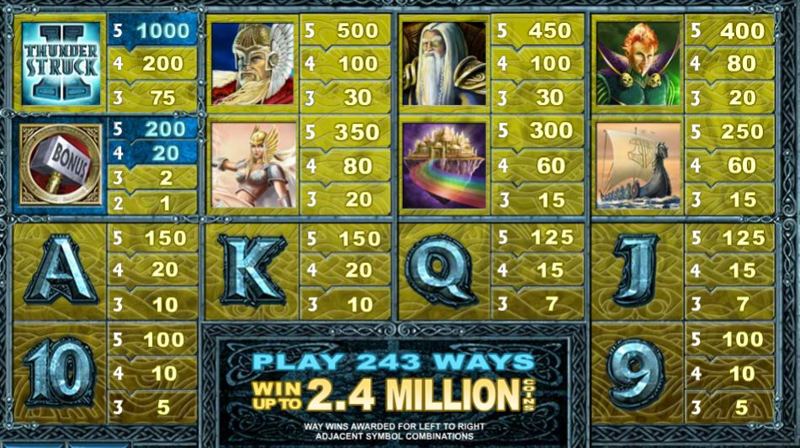 This is a big game with a big pedigree, but it is clear that the Great Halls of Spin feature adds a massive extra dimension to this game. The base jackpot is low but everything else about this game is huge.