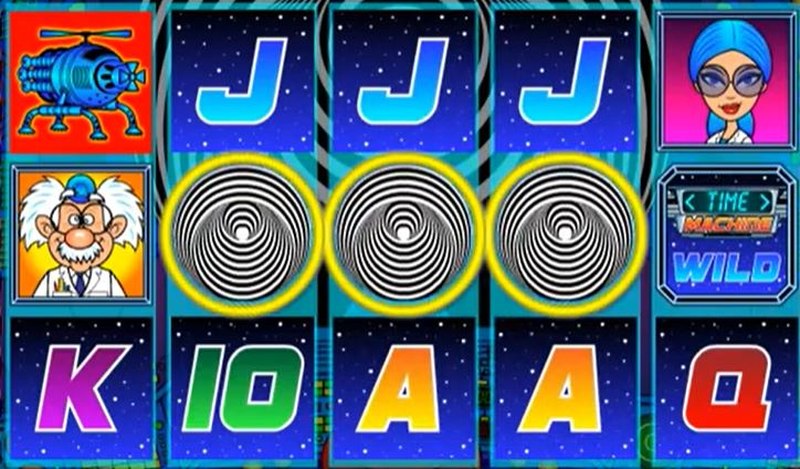 If you’ve ever wondered about time travel, well, you should probably stop as it’s not possible. However, getting in on the time travel theme is this game from Ash Gaming. Time Machine will see you trying to boost up the power of the machine itself by collecting plutonium during the main game. As well as doing this, you’ll see standard symbols of A, J, Q, K and 10, as well as books, portals, a crazy scientist, his assistant and a selection of other related imagery.

The game features five reels and three rows, with 20 paylines to place wagers on. The lines can be customised, depending upon how many you would like to bet on. The stake per line can be changed between the minimum of £0.01 right up to the maximum of £10, giving you a chance of placing a maximum overall wager of £200. 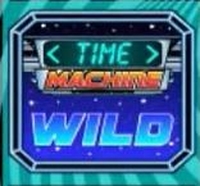 The wild symbol is represented by the game’s logo and will substitute for any other symbol on the reels, except plutonium and wormhole scatters. 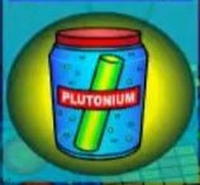 Every time three or more plutonium scatters show on the reels, they’ll fill up a plutonium meter. You need to amass ten of these in order to go time travelling.

Once collected, you need to spin three or more wormhole portals to begin the time travelling round, which allows you to go back to one of five ancient times. 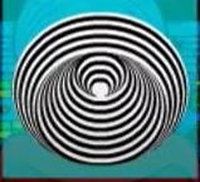 Spinning 3 of these once your plutonium is full will randomly trigger one of the following 5 bonus rounds:

Time Machine is a well thought out and interesting game that takes a much loved theme and turns it into an enjoyable game. The variety from so many bonus rounds is what really holds the interest.