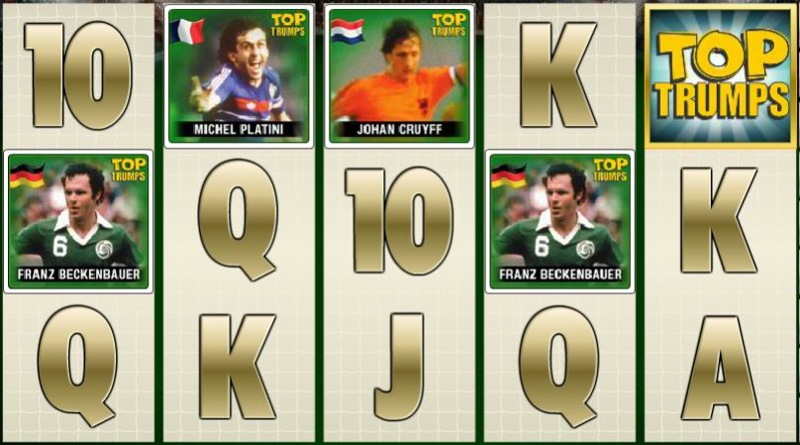 The legends of the football world aren’t so frequently focused upon anymore, as newer more exciting players come to the fore, but they have forever earned their place in history. And when it comes to the Top Trumps series from Playtech, they have also earned their own slot game. This one really reminds you of the footballers who came before the current crowd, who paved the way for the overpaid stars of today. It does this with some appealing graphics as well as a set of sounds that give you the impression that you’re attending a football match of old. Above the reels, you’ll see the lights of the stadium that the match is taking place at, then, upon the reels of the slot is where you will witness its symbols. First of all, there are five playing card symbols; the 10, J, Q, K, and A. After these, you’ll see symbols of some of the world’s best-loved football legends. These are Michel Platini of France, Franz Beckenbauer of Germany, Bobby Charlton of England, Alfredo di Stefano of Spain, and Johan Cruyff of the Netherlands.

The slot itself features a layout of five reels and three rows, so everything should look standard and familiar. At the same time, you’ll have the opportunity to bet on a total of 15 separate pay lines. You can also customise these easily enough just by using the relevant ‘Lines’ button at the bottom of the screen. From there, you can also change around your overall wager. The coin value of the game is set at £0.01, but you can adjust the value of the bet in play per line. A range of between one and 10 coins can be selected, meaning the maximum overall wager in this game stands at £1.50 per spin.

Something to make mention of before we continue on with the special features of the slot, is that this game also has its own ‘Auto Start’ button for you to use. This allows you to set the reels off spinning up to 99 consecutive times at the same wager level.

Also, at the end of any winning combination in the main game you can choose to gamble the funds you have won. This requires you to navigate to a second screen which features face down playing cards. You simply need to make a correct guess of what colour the next card will be once it is turned over. Getting this right will double your winnings from the triggering round, while a wrong guess will see this amount lost. 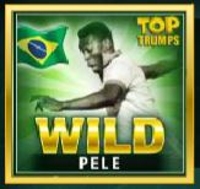 If you were baffled as to why Pele was missing from the legends list, it is because he is the games Wild symbol. This means that whenever he shows up on the reels he will substitute for all other icons, except for the scatter and bonus additions.

The wild can provide a significant change to your win balance. If you see five of them appearing on a winning pay line, you will receive a bet multiplier of times 10,000. 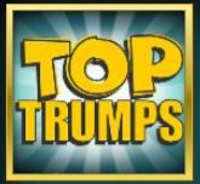 Turning our attention to the scatter symbol, you’ll see this is present in the form of the Top Trumps logo. This one can appear in any location on the reels and still reward you with a pay-out. In addition, it has the ability to activate the slot’s freespins round, with 10 of them given to you whenever three or more scatter icons appear.

During this round, extra wild symbols come into play and all wins are multiplied by four when this contributes to a win. 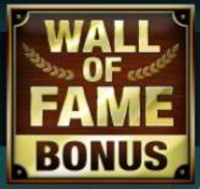 The Wall of Fame icon works as the slot’s bonus addition, and you need to spin this into view anywhere on reels one and five to activate this.

This round provides you with a wall of 16 famous football legends, each of which holds a hidden prize underneath. You can re-shuffle the pictures by using the relevant button, too. Click on these pictures to reveal three prizes. One of the legends may give you an extra pick as well as a cash prize if you are lucky. 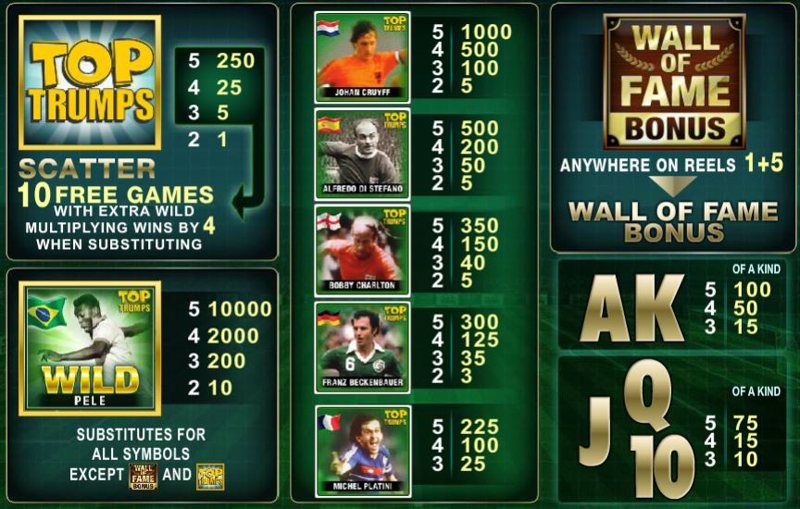 On the whole, this Top Trumps slot from Playtech is one of the better options available. It provides you with an intriguing selection of bonus features, high-quality graphics, and overall it’s an appealing game to play.