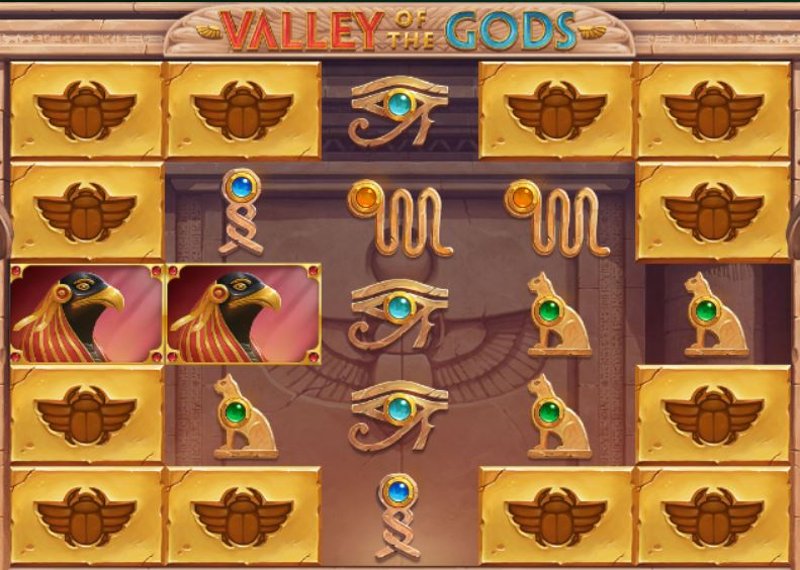 Valley of the Gods is an Egyptian themed online slot game by Scandinavian software manufacturer Yggdrasil. Besides boasting incredible graphics and impressive animated features throughout, it also has a unique and very exciting setup. But we will elaborate more on that later on in this review. For the moment, let’s just point out that it’s a nice change to actually have the setting out in the open. Most titles in this genre try to take you deep into the pyramids, while this offering takes place on the outside. You have two massive statues of Egyptian deities standing on either side of the reels, and they aren’t just there for show either – you will see that they happen to actively participate in the game. One statue depicts Anubis and the other Horus.

Now as for the layout in Valley of the Gods, you will find that it’s quite unusual. Although it has the common 5 reels, the number of rows on display varies throughout gameplay. In the beginning, the two outermost reels will each have only 1 row. Then reels 2 and 4 will have 3 rows each, whereas the middle reel will have 5. Therefore, initially you will start off with 45 active paylines, but these can increase as the game progresses. In fact, they can reach up to a whopping 3,125 ways to win. The good news is that the betting range is a pretty liberal one. It spans from a mere 10p per spin to £100 per single spin.

In Valley of the Gods you won’t have to worry about special symbols of any kind because there aren’t any; no Scatters, no Bonus symbols, and not even a Wild. But that’s not to say that there aren’t any special features. On the contrary, in fact, but they’re interconnected and they all have to do with respins. The way to trigger them is simply by landing wins.

Once you have landed a winning combo, a certain number of stone blocks will be removed from the reels, and thus, it will make room for more positions on the screen, hence increasing the number of ways to win. This also triggers a respin, and if as a result of that you land more wins, then more blocks will disappear.

Eventually, if you manage to clear all of the blocks on the screen, you will activate the Scarab Collections. 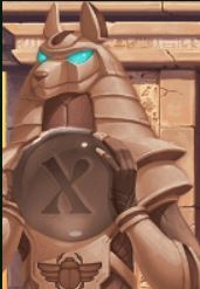 Here is where the two pillars by the sides of the reels come into play. Anubis represents the collection of Blue Scarabs, and Horus does the same for the Red Scarab collection. Once you have cleared the blocks as we mentioned above, you will activate both of these collections, and with that in mind you will receive an initial multiplier of 2x and 1 life.

For every 5 Blue Scarab Beetles that you collect throughout the following respins, you will increase the multiplier by 1, and for every 5 Red Scarabs that you accumulate you will earn an extra life. The multiplier is self-explanatory and it applies to your wins. As for the lives you get, these will make sure you get a respin even if you land a non-winning spin. Obviously, once there are no more lives, your next losing spin will end the feature. 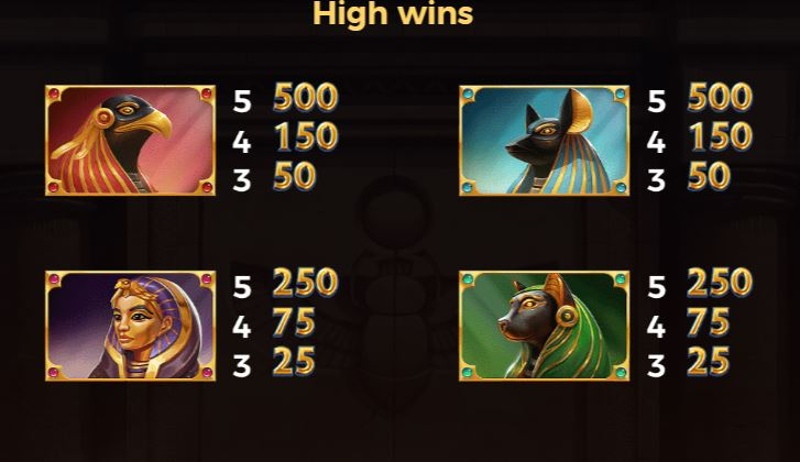 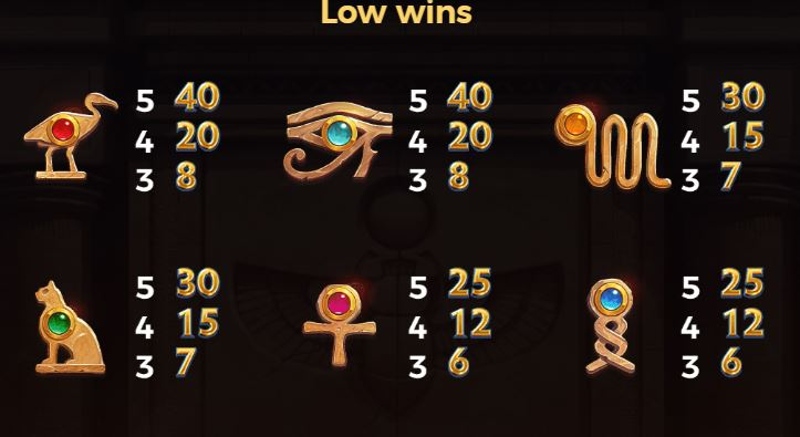 Valley of the Gods is a very nicely balanced offering from Yggdrasil. It is medium variance with good winning potential and it boasts a unique and very attractive setup. In addition, you get to enjoy high quality visuals and a popular theme.