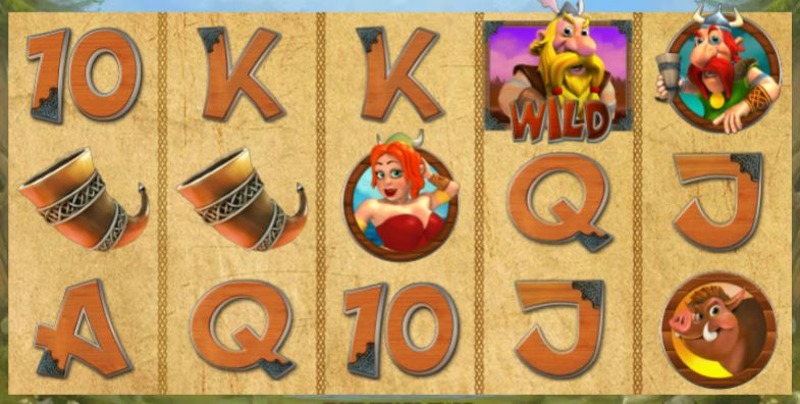 We all love a bit of Viking fun, right? Well, by playing Viking Mania, you’ll certainly be dropped into the thick of things. These Vikings certainly know how to have a good time, and it seems as though they’re already in party mode thanks to Playtech. It’s one of the developer’s better games in terms of graphics and inbuilt features, meaning that when you play it, you’re certain to have an entertaining time. There’s even a quirky soundtrack that plays while you’re spinning the reels. Everything is quite whimsical meaning that you get to have buckets of fun. Upon the slot’s reels you’ll get to see symbols of regularly-used playing card additions – the 9, 10, J, Q, K, and A. Alongside these, there’s also a standard icon of a female Viking who seems to have come dressed in a Jessica Rabbit gown, a wild boar, a Viking horn, and a couple of male Vikings, too. A huge hammer also makes an appearance, as does a symbol of a map.

Viking Mania has a standard video slot layout of five reels and three rows, ensuring that you’re playing on a familiar interface. At the same time, 20 separate pay lines can be found in play, although you do have the possibility of adjusting how many of these are active at any time. The stake that you bring into play is changeable by using the second set of plus and minus buttons. There, you’re able to choose between a minimum line bet of £0.01 and increase this up to a maximum of £10. With this in mind, if you’re playing with all 20 pay lines in action then your wager will stand at £200 per spin.

There’s nothing better than being able to trigger a special feature round while playing an online slot game. Fortunately, Viking Mania is able to provide several specialities that will appeal to you and make gameplay that much more entertaining. These will also give you the chance to significantly boost your win balance. 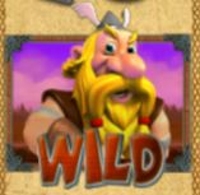 The male Viking with the blonde hair and beard works as the slot’s wild symbol. This one is able to show up on reels two, three, and four. If this does happen, the symbol will substitute for any other (with the exception of the scatter and bonus symbols), helping you to secure winning combinations. The symbol will also expand during the freespins round of the slot. 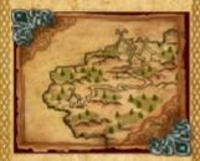 One of this slot game’s most intriguing features is the inclusion of the freespins round, and you’ll need to spin three of the scatter symbols anywhere into view to activate it. Should you do this, you’ll receive a total of 10 freespins of the reels.

This round begins with a triple multiplier in action as well, while the wild symbol expands across the reels that it appears on throughout. If you should manage to bring three or more of the scatter map icon into view during freespins, you’ll receive 10 more on top.

The third and final special feature is the Viking Playtime Bonus round. Whenever the hammer symbol appears in the middle position of a reel, that reel is activated. Once this has occurred on all five reels the bonus round begins.

The Viking Playtime round allows you to choose weapons to throw at your friend… who is attached to a target. If you hit the board, you will win the corresponding number on the target multiplied by your total stake. Some throws can be misses, but you get 10 weapon selections for 10 throws in total. A minimum of seven throws will be direct hits. 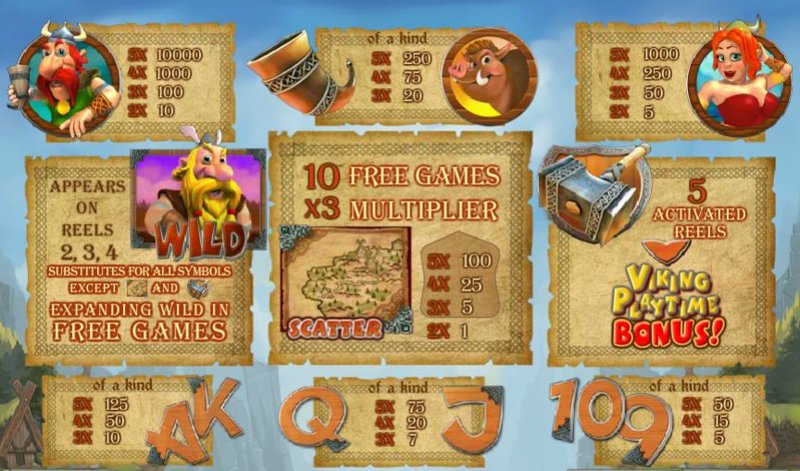 Viking Mania, for us, is one of those fun games that provides players with a really entertaining time. Playtech has chosen to use cartoon style graphics and tell the tale of a quirky Viking group in this one. It has fun bonus features, appealing gameplay, and a great soundtrack, too.