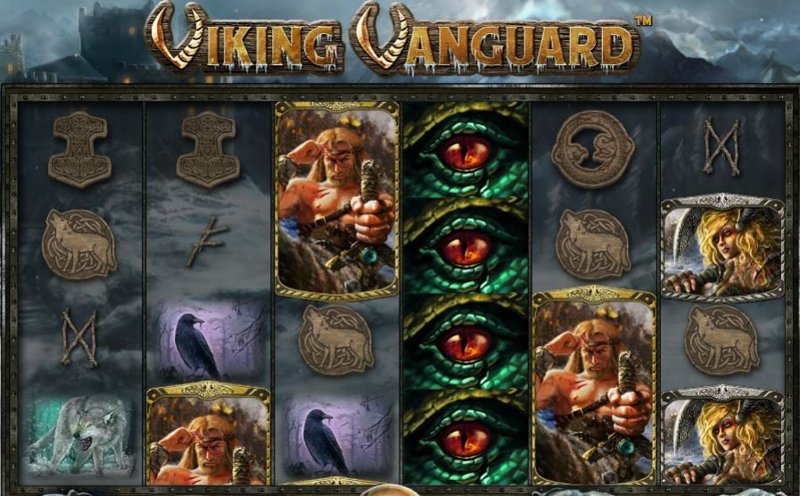 Head back in time and up North towards the bitter cold landscape of Scandinavia which the Vikings called home. The incredibly atmospheric online slot game that is Viking Vanguard genuinely transports you to a different era and brings about a sense of epic battles and adventure. One of the main constituents of this WMS offering is its amazing graphics. They feature an animated backdrop and transparent reels so that you can see more of it. Another important aspect responsible for this title enveloping you with the theme is the soundtrack. As for the symbols on the reels, you will see Norse runes and other imagery from Scandinavian mythology.

Speaking of reels, you will notice that the layout in Viking Vanguard is quite unusual. It boasts a fairly large grid of 6 reels and 4 rows, and with it come a total of 60 active paylines. The paylines cannot be adjusted, however, so they will be fixed at that number. The stakes are very reasonable, though, and start at a minimum of 30p per spin with the maximum possible amount you can bet setting you back £90 per single spin. Also worth mentioning is the jackpot of 1,500 coins. 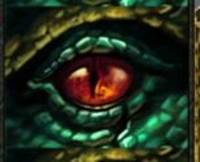 The scary-looking reptilian eye is the game’s Wild symbol and it can land in any position, anywhere on the reels. It will be able to replace any of the other symbols in order to help form winning combinations. However, it will not be able to substitute for the Scatter symbol.

In addition, the Wild will appear fully stacked on one reel on each and every spin.

The main attraction in Viking Vanguard is its Freespins Feature. You can trigger it by landing 3, 4, or 5 Scatter symbols at the same time during a spin. Like the Wild, the Scatter can also appear in any position on the screen during gameplay. This will award you a certain number of freespins, depending on the exact number of Scatter symbols that triggered the feature.

What’s more, the reel that was Wild on the triggering spin will remain Wild throughout the bonus round to, and if that isn’t enough, you can even land up to 5 Wild reels during the freespins. Note that when that happens you will see the Wilds transform into a full-reel sized dragon.

Finally, players will also have the opportunity to gain even more freespins. You can do this by landing another 3 or more Scatters, which will award you the same amount of freespins as when initially triggering the feature.

Visually speaking, Viking Vanguard is absolutely stunning. The design is both smooth and sophisticated and the quality of the graphics is great. Plus, there’s a soundtrack, which not that many WMS games have. Gameplay itself, though fairly straightforward, is very entertaining. Better yet, this offering has the potential to rain some pretty huge wins down on you, but it may require some patience and good bankroll management due to the high volatility.