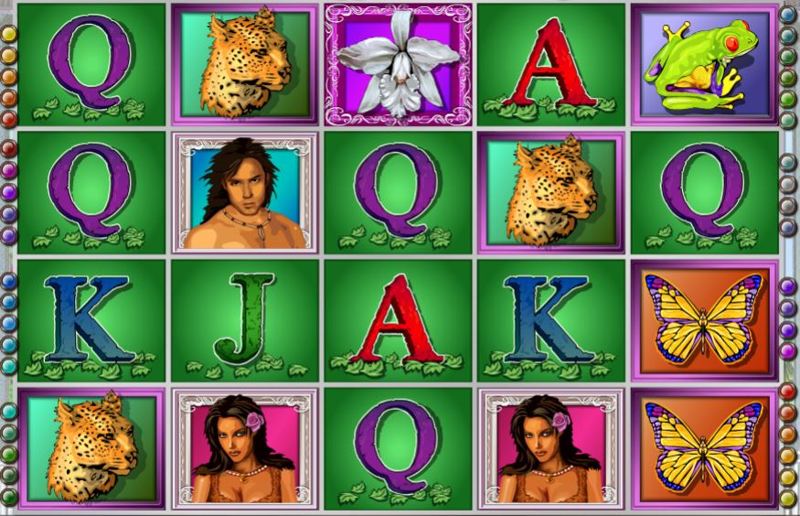 White Orchid gives the appearance of something straight out of a Mills & Boon Romance novel. As well as the standard A, J, Q, K symbols, you’ll find icons of a beautiful woman and a handsome man, who look destined to meet at some point and begin a whirlwind affair that has waves crashing off the rocks and hot summer breezes ruffling their hair. Alas, the reels are also filled with symbols of frogs, leopards and butterflies, which gives the game its more tropical feel.

You’ll find five ornately decorated reels and four rows to play on in this game. A total of 40 paylines will see you be able to place a maximum wager of £2000 per spin. However, if you activate the 40 lines, plus 1024 ways to win, your wager can max out at £2400 per round. Theoretically, this should provide you with stronger chances of making winning combinations. There’s also an autospin feature, for up to 50 consecutive spins.

The MultiWay 1024 ways to win feature will award a payout for the same symbol appearing in position on adjacent columns. The same symbol in the same column will also multiply your payout while this feature is active. 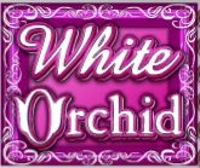 The White Orchid game logo acts as the wild symbol in this game, standing in for any other symbol to make a winning combination, except the orchid symbol. This will only appear on reels two, three, four and five. 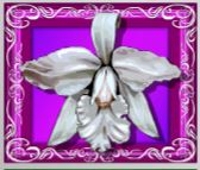 The freespins rounds are played using the same wager as that which triggered them, and additional freespins may be awarded with a further two or more orchid symbols on column three. You’ll also find different symbols on the reels during the freespins round, including an eagle, hummingbird and tropical fish. 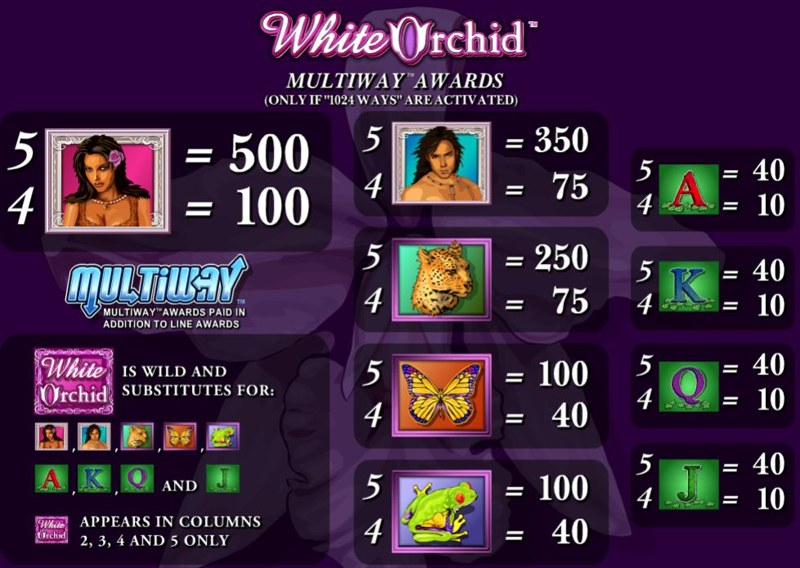 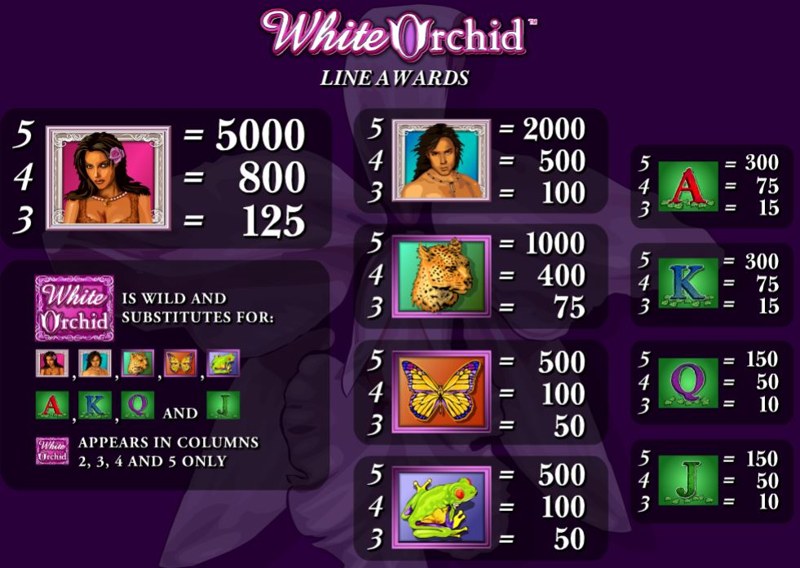 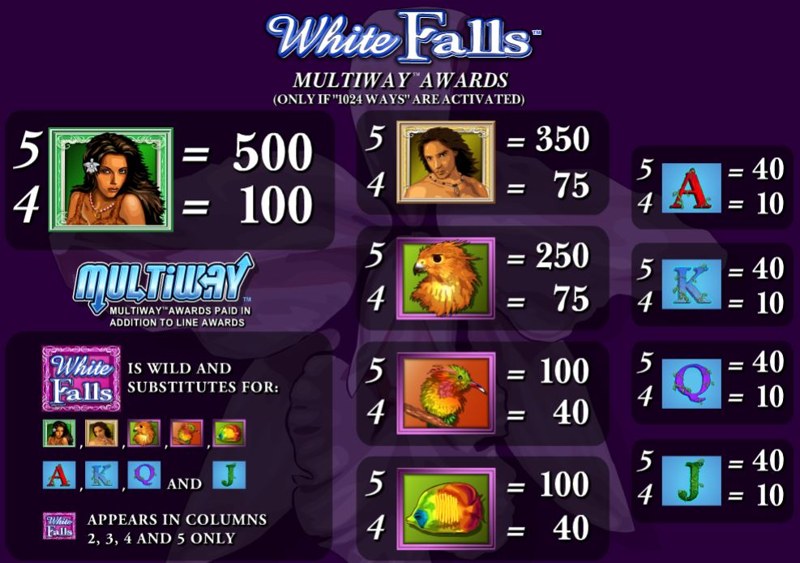 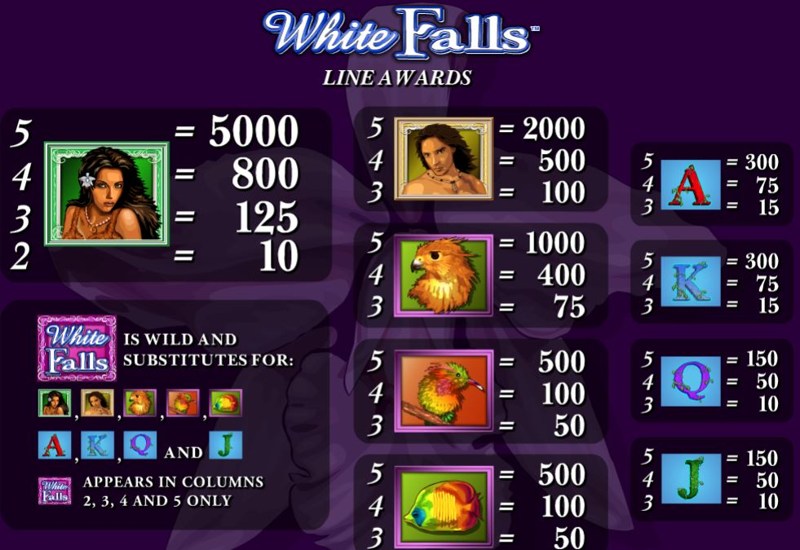 White Orchid provides a fairly entertaining game to play, although without the 1024 ways to win feature in play it’s a fairly substandard slot. The fact that the minimum wager per spin including this feature is £80 is a little overwhelming, so it’s probably more beneficial to play this one if you’re a seasoned slot gamer.